Looking at Felix Hernandez's changeup through the lens of effective velocity.

I promise that this won't take up too much of your time with a topic as obvious as Felix Hernandez's changeup. Hernandez has a great changeup. Pretty simple. As Hernandez's career has gone on, he's used the changeup more and more. His whiff percentage with said changeup has also improved over time. 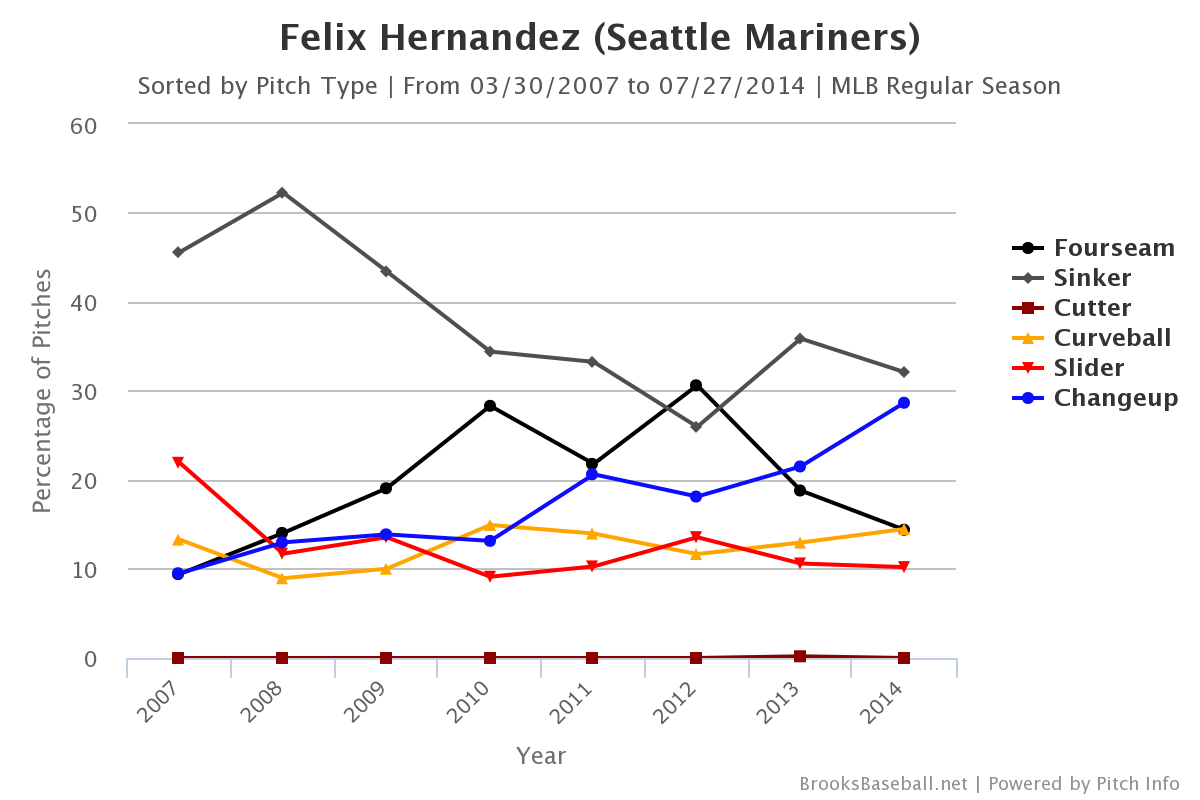 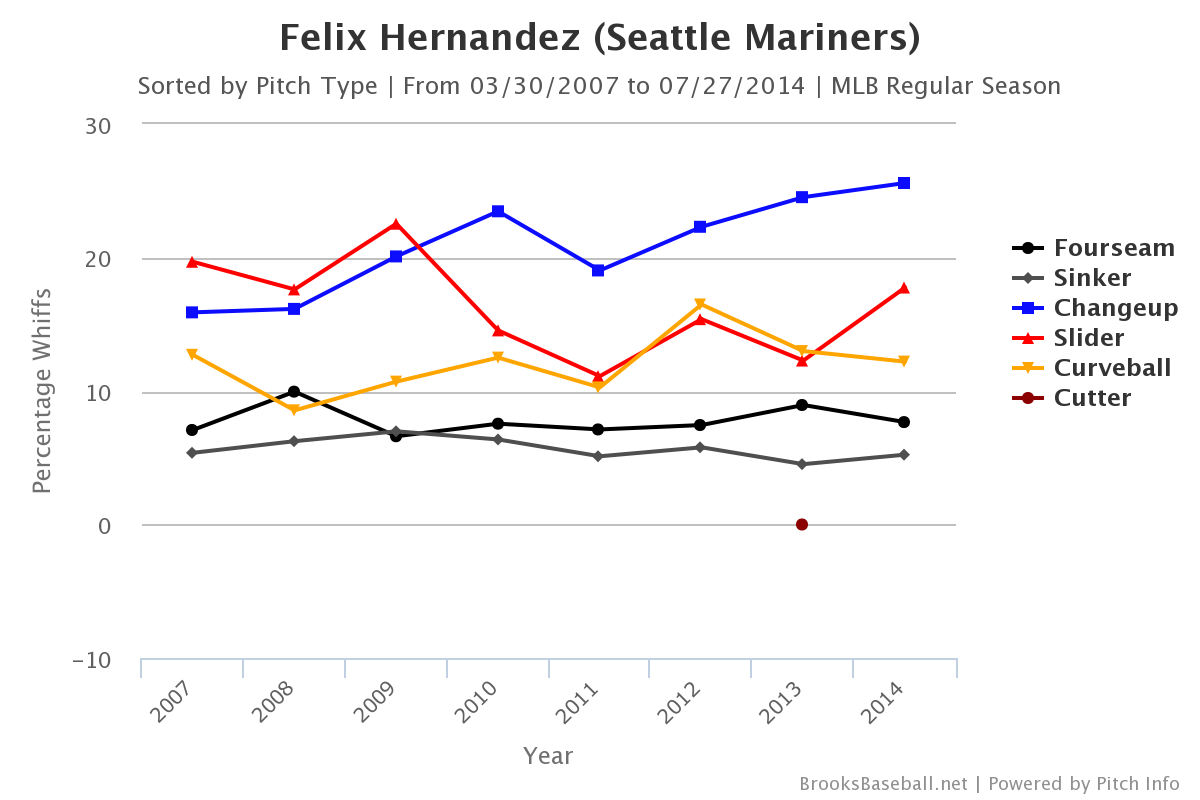 It's a little strange. As King Felix's velocity on his fastball has decreased over time, his changeup velocity has increased over time. Despite the pitch being classified as a changeup, Hernandez has thrown it at an average of 90.2 mph this year, and it's not far away from his various fastball velocities.

How can a pitch that doesn't get much velocity separation be so good? Batters are basically turned into withering pumpkins against Hernandez's changeup, so there must be something going on. Perhaps effective velocity can help us out.

Hernandez has a very specific tendency with his changeup. This is probably not news to anyone, either. Hernandez consistently buries his change low and away to lefties, low and in to righties, and low middle in general. According to the effective velocity framework, this should decrease the effective velocity of the pitch. Using Baseball Savant, I can gather each pitch thrown by the King in 2014 and calculate an effective velocity value. On average, King Felix shaves off 3 mph from his changeup by consistently locating it low. So, instead of a radar gun reading of about 90 mph, it's more like 87 mph as perceived by the hitter.

Another effective velocity tenet is the concept of the danger zone, in which any pitch with an effective velocity value between 87 and 93 mph is at greater danger of being hit harder than pitches outside that range. King Felix doesn't appear to be held back by this concept very much, as he spends about equal amounts of time within that danger zone as outside it with his changeup.

There are some important caveats with this analysis, however. Baseball Savant's zone definitions don't quite capture the granularity of the zone as captured by Perry Husband for his effective velocity analysis. Because of this confounding factor, I believe that I am under-estimating three things. The first is the difference between the radar gun reading and the effective velocity value. I would say that King Felix achieves greater than a 3 mph difference on average.

Second, because of the likely greater difference between the radar gun reading and the effective velocity value, King Felix probably spends more time outside the 87-93 mph danger zone with his changeup. Finally, King Felix probably achieves closer to or greater than a 6-mph difference between pitches with his changeup due to the first underestimation.

Overall, I believe that King Felix uses his changeup effectively according to the tenets of effective velocity. When combined with the fact Hernandez's cambio is still pretty fast for a changeup but still drops like a rock in the vertical plane, you get one of the most effective pitches in the game.

All statistics courtesy of Baseball Savant and Brooks Baseball.

Kevin Ruprecht is a Featured Writer at Beyond the Box Score. He also writes for Royals Review. You can follow him on Twitter at @KevinRuprecht.