The San Diego righty has sustained his 2013 breakout, but as of late he's taken things to the next level, behind dramatically better command.

Share All sharing options for: Tyson Ross: Now without walks!

In an altogether miserable season for the Padres, one bright spot has shone through: Tyson Ross. A middling Oakland swingman whom San Diego acquired in a low-key offseason deal two years ago, Ross exploded onto the scene in 2013, with a 3.17 ERA in 125.0 innings. Advanced stats gave credibility to his accomplishments — he put up a 3.43 xFIP and a 3.33 SIERA. In 2014, he's kept the magic going, as his ERA, xFIP, and SIERA have decreased even further, to 2.65, 2.95, and 3.06, respectively.

As phenomenal as it's been, Ross's current campaign has had its share of bumps. Following an ugly game in Seattle on June 16, his ERA ballooned to 3.27, with a 3.40 xFIP and 3.50 SIERA to boot. The impetus behind this quasi-collapse? Walks. He handed out seven of them to the Mariners, which pumped up his BB% to 10%. Nor was this a fluke: In the 14 starts prior, he issued free passes at a 9% clip.

Since then, Ross has flipped the script. In seven outings, he has averaged one base on balls per start; for that span as a whole, he walked 3.8% of the batters he faced. This is fairly unprecedented for him — even when he broke out last year, he still owned an 8.7% BB%. His abrupt switch to Madduxesque control has definitely led to better results, as he posted a 1.47 ERA (to go along with a 2.08 xFIP and 2.08 SIERA) in those games.

As we always do when presented with a trend, let's dig deeper. Through 15 starts, batters swung at 29.9% of Ross's pitches outside the strike zone; he also threw a mere 41.8% of his pitches in the strike zone. The last seven starts have seen those numbers increase considerably, to 38% and 44.2%, respectively. Throwing over the plate + making the hitter offer when you don't = good things, i.e., a lower walk rate.

Although he's been a durable, effective workhorse, the arbitration process is about to significantly alter Lance Lynn's value.

The first change hardly needs an explanation — a pitcher can simply decide to pound the zone more, of his own volition, and the batters have no play in that. But the second change requires more investigation. Whence has Ross's newfound deceptiveness come?

He hasn't really altered his zone profile — he still throws to roughly the same places that he always has. However, he has made some notable shifts to his delivery as of late; the results of those speak for themselves. Take a look at his release chart from games 1-15: 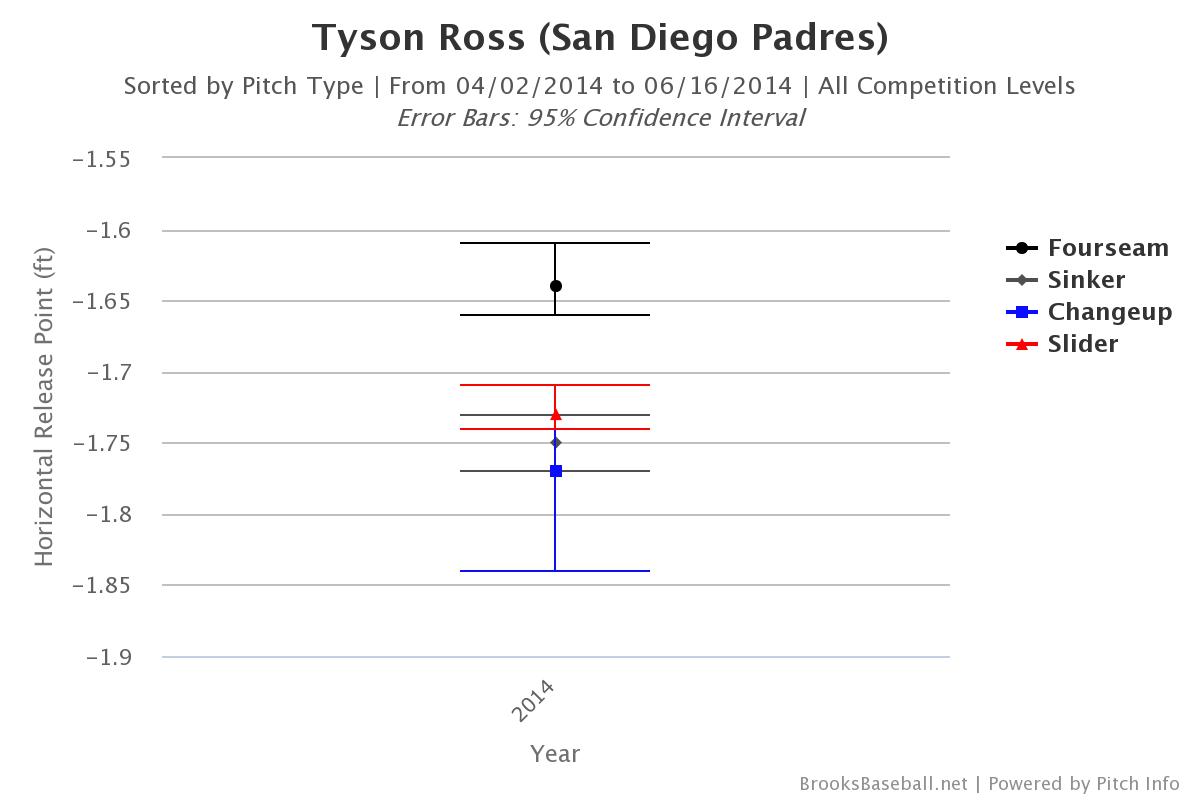 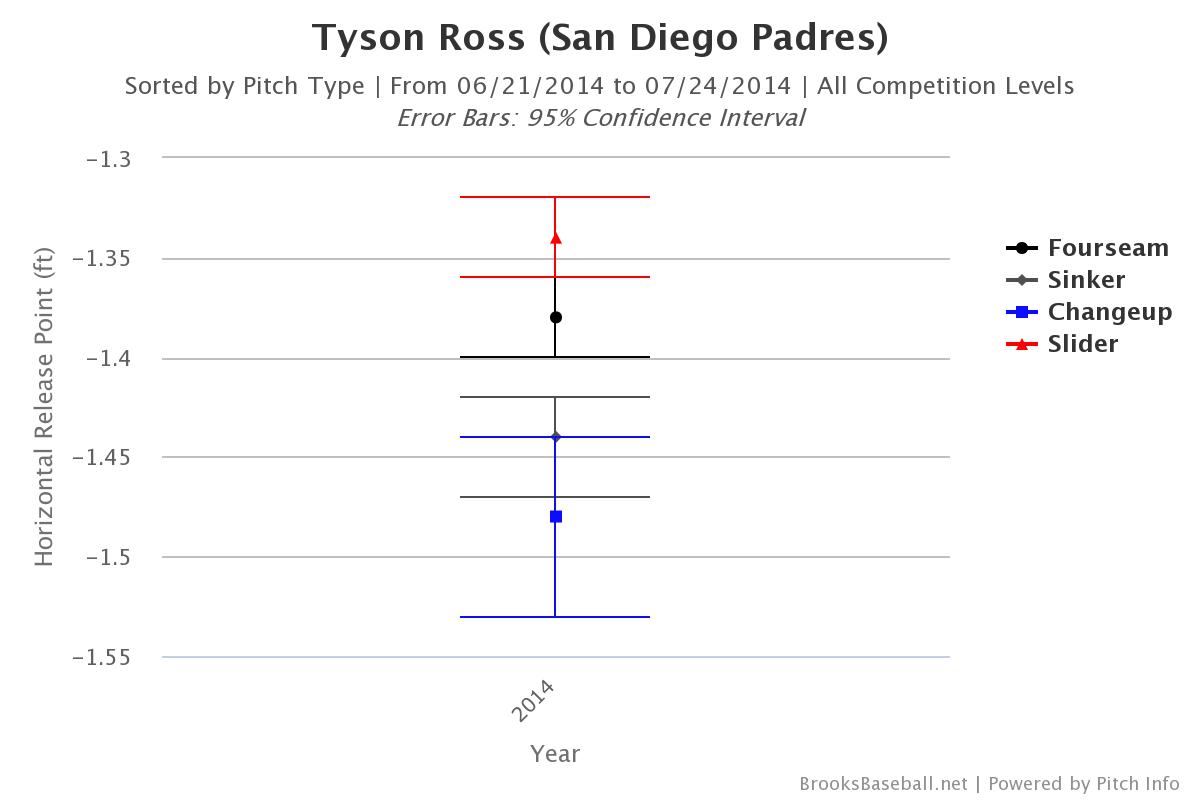 He has begun to release all his pitches further away. This seems to have had a good effect on them, as his velocity chart illustrates:

Each of them has seen an uptick of at least one MPH.

A simple tweak begat faster pitches, which begat enhanced control, which begat a spectacular performance overall. Hence, the new Ross. Tonight, he takes on the Cardinals. If he maintains these mechanics, St. Louis — and the rest of the league — should watch out.

All data courtesy of FanGraphs and Brooks Baseball, as of Tuesday, July 29th, 2014.