What is the consensus ranking for each of the White Sox top prospects?

Jose Abreu and Matt Davidson were not ranked on every list. I gave them a two and three ranking, respectively on the lists that did not rank them. I also gave Marcus Semien a rank of five on the BR ranking. It seemed like more an oversight than a real non-ranking, and it messed up the overall results.

Here is a spreadsheet that contains all of the 2014 Chicago White Sox top prospect rankings in one place. I have removed Keith Law's as his lists require a subscription, though his list is included in the final tally.

Jeff Soptic, #27 - To the Giants for Conor Gillaspie

Here is a chart of the White Sox top prospects. The error bars represent the minimum and maximum ranking for each prospect. 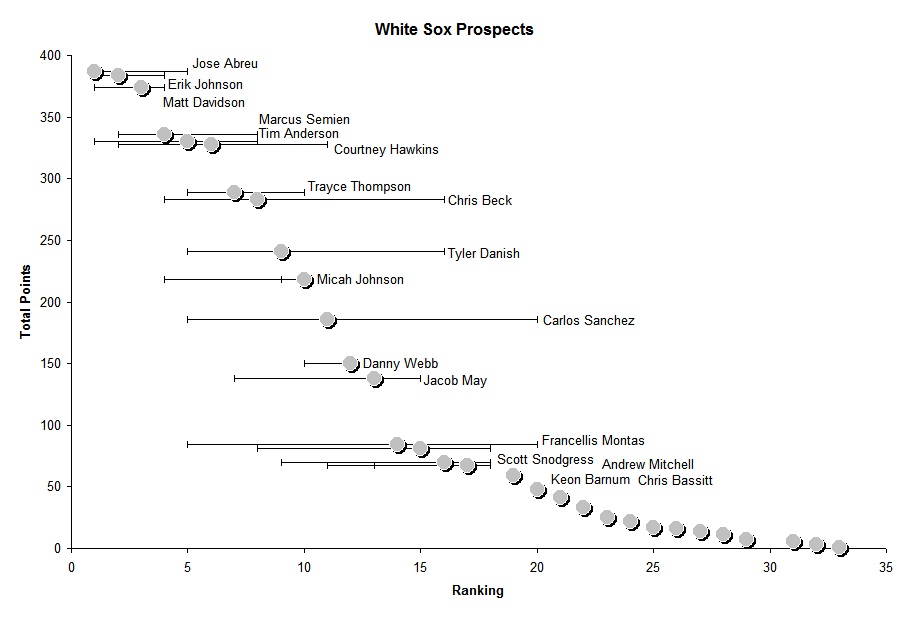