What is the consensus ranking for each of the Tigers' top prospects?

Robbie Ray was not ranked on every list, since he was traded to the team mid-offseason. I gave him a ranking of three on the lists that missed him.

You can also view the 2013 Detroit Tigers top prospect list.

Here is a spreadsheet that contains all of the 2014 Detroit Tigers top prospect rankings in one place. I have removed Keith Law's as his lists require a subscription, though his list is included in the final tally.

Avisail Garcia, #2 - To the White Sox in the Jose Iglesias trade
Danry Vasquez, #4 - To the Astros for Jose Veras

Jeff Kobernus, #19 - Returned to the Nationals
Jesus Ustariz, #26 - Rule 5 to the Cardinals

Here is a chart of the Tigers' top prospects. The error bars represent the minimum and maximum ranking for each prospect. 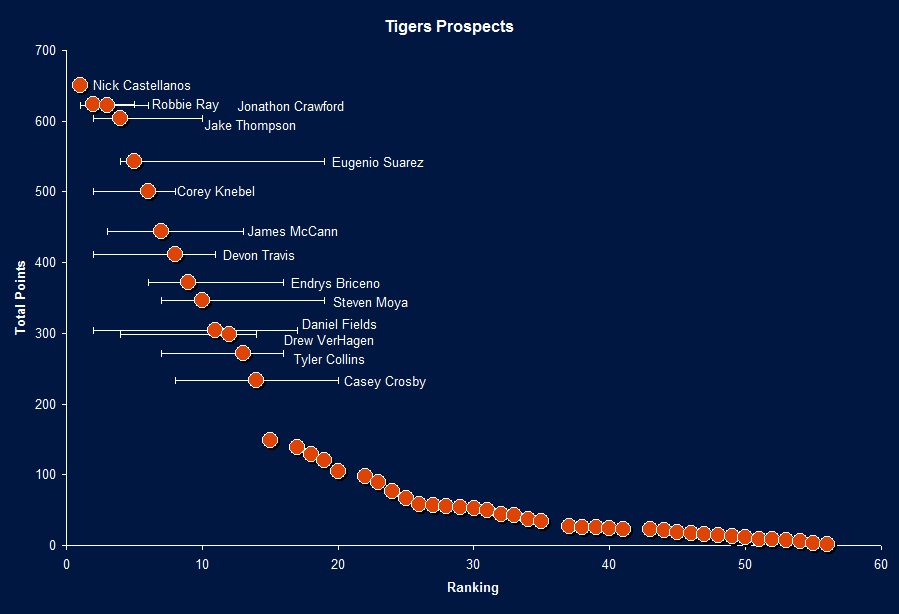