Robinson Cano signed a deal to play for 10 seasons at $240 million, but instead of doing so in the Bronx, he'll wear a Seattle Mariners cap.

Coming into the 2013-2014 offseason, numerous free agents stood out, but one shown brighter than the rest. Former Yankees second baseman Robinson Cano would most certainly attract the biggest payday, in addition to most of the fanfare. Cano, has been a staple in New York since his first season in 2005, after the Yankees signed him as an 18-year-old out of the Dominican Republic in 2001.

The favorite Yankees of the late 90's and most recent decade like Derek Jeter, Mariano Rivera, Andy Pettitte, and Jorge Posada have already retired or will soon hang up their spikes. Cano had as recently as 2010, replaced those greats as a Yankee favorite, a transition that became smoother with the recent shenanigans of Alex Rodriguez. Despite his stardom in the biggest baseball city in the country, Cano and the Seattle Mariners reached an agreement today on a gargantuan 10-year, $240 million contract.

First off, who is Robinson Cano, and by that I'm implying the question: "What type of player is Seattle getting for this huge investment?" Robinson Cano has played second base, a premium up-the-middle position, for nine consecutive seasons as a member of the New York Yankees. He's a durable player, averaging 643 plate appearances per season in his career. Cano has never had a major injury, in fact he's only missed four games due to injury since the 2010 season, and has never had major arm trouble or any serious lower body injuries that would raise red flags for a team looking to sign him.

Since 2010, Cano's all-around game has placed him in the AL MVP conversation every season, garnering votes in all four seasons, but never getting closer to winning the accolade than third place. He's won two gold gloves in the last four seasons and since 2010 he's won the AL Silver Slugger award all four years.

From a hitting standpoint, Cano constitutes the entire package. He hits for average, power, has a decent eye at the plate, and given his proverbial spot in the middle of the Yankees lineup, has consistently hit well with runners in scoring position. Essentially, Cano is a hitting machine, and any team that can get such production from their second baseman, a position that places less of a premium on hitting and a bit more on speed and defense, has an outstanding value on their hands.

Since 2005, Cano's first season in the majors, Robinson has been the American League's most valuable second baseman. Only the Phillies Chase Utley has been worth more wins above replacement than Cano over that time span, but a lot of the difference comes from the fact that UZR, the main defensive metric used in fWAR calculations, doesn't rate Cano highly. Cano's 37.1 fWAR, 39.6 WARP, and 45.2 rWAR denote an outstanding player. Using Lewie Pollis' research on the cost of a win in the last decade or so, we can see that Cano has been worth quite a lot to the Yankees.

Defensively, Cano comes in a bit differently than he does at the plate. Anyone who has watched Cano play second base for the Yankees can see that he has an outstanding arm, he makes all the easy and moderate plays, and even fairs well on difficult ones. He also makes a lot of tough plays look easy with his nonchalant manner of playing the position. While his counterpart in Boston, Dustin Pedroia, is seen as a scrappy player always throwing himself all over the field, Cano's defensive profile is one of a sleek fielder who seems lazy but gets the job done. As I mentioned before, UZR doesn't rate Cano that high, although his 2012 and 2013 numbers have shown a lot of improvement.

The Dodgers, the Red Sox, and paying for relievers 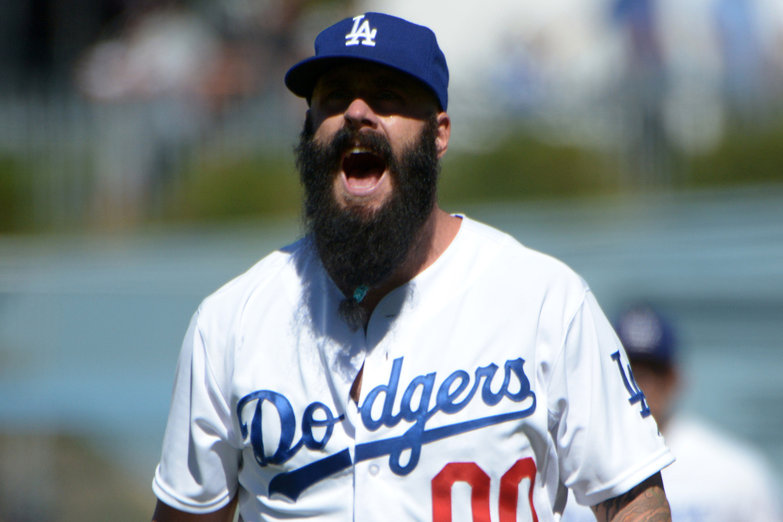 Baseball Info Soltuions' Defensive Runs Saved has Cano as a very good defensive second baseman, especially since 2009, after which he has compiled 38 DRS. Cano's plus/minus numbers indicate a fielder who gobbles up any and all ground balls around him, as he has put up a positive ± number on grounders since 2007. He doesn't fair as well on pop ups, although the data shows him closer to average on balls in the air. More importantly, Cano has no true weakness on balls hit to his left, right, or directly at him, performing well in all three categories. Finally, even Baseball Prospectus' defensive metric of choice, FRAA, has Cano as a well above-average defender. While aging might lead to attrition in Cano's defensive abilities, he has the tools to get the job done, even if he were moved to a different position later in his career.

What does this mean for the Mariners?

Recently, the Mariners top brass made it know that the team wanted to increase payroll going into the 2014 season. The Mariners current roster, sans Cano, is full of young, and more importantly, cheap players. In fact, other than Felix Hernandez, no one on the 25-man roster was set to earn more than $8 million for next season. Hernandez's recent extension has him with the Mariners until 2019 with an option for 2010, and an annual salary moving forward of $25 million or more. Still, when one player makes up a the majority of a team's payroll, as it did in this case, and that team plays in a fairly big market, adding payroll shouldn't be an issue.

The Mariners now have a franchise position player as well as a pitcher. Cano's contract will end when he is 41 years old, and has an AAV of $24 million. If we subtract the standard 0.5 fWAR from Cano's 2013 total for each of the next 10 seasons, he'll be worth about 32.5 fWAR over the course of the contract, or 5 wins less than he's been worth to this point in his career. The Mariners are acting similarly to other teams in that they are paying a free agent far more than he'll be worth at the end of his contract in order to sign him at all. It's the way of the baseball world, but in the end, the Mariners now have one of the best players at a premium position locked up, a player no other team possesses.

Cano's hitting stats may alter a bit changing home environments, from lefty-friendly Yankees stadium to the more spacious Safeco Field, and given that he's on the back end of his career, we might see some diminishing numbers sooner rather than later. Nonetheless, the Mariners have a rabid fan base, one that loves to support their team, especially when the team has big name players and wins games. The monetary value that Cano will bring to Seattle will be high. His presence will help the team sell more merchandise, tickets, concession products, and even attract other free agents to make a more complete team. Bringing in Cano, doesn't just bring in his on-the-field numbers and presence, this signing transcends the diamond in many ways. This may be an "overpay" and the Mariners did just commit 10-years to a 31-year-old, but overall this deal isn't the worst, and in fact it probably benefits the Mariners a lot.

Next the Mariners must focus on their outfield, but if they are in it to win it, then they shouldn't hesitate to go after bigger names whether it be via free agency or trade. Speaking of trades, signing Cano displaces 22-year old infielder Nick Franklin. Franklin played well in his first big league season, has room to grow, and most likely will be traded. Numerous teams could be in the market for a young middle infielder, and whether he becomes part of a larger trade to net the Mariners a bigger name, or gets moved in a smaller deal, in the end the Mariners should get something usable for Franklin

What does this mean for the Yankees?

The Yankees reportedly were not willing to go much higher than $170 million for Robinson Cano, and according to their last offer, had proposed no more than 7-8 years in length. Whether the Yankees were actually willing to go higher in the long run isn't applicable anymore, but without a doubt, the Bronx Bombers now somewhat of a hole at second base. The team did recently sign Kelly Johnson, but he played primarily in the outfield and at DH for the Rays last year, but as recently as 2012 played over 1,000 innings at second base. He's an average to above-average defensive second baseman, but most likely he'll need to be paired with a platoon-mate. Still, signing Johnson (~16 fWAR since 2005) for $3 million next season looks like a nice bargain.

Whether the Yankees decide to ironically trade for Nick Franklin or heavily pursue Mark Ellis and Omar Infante, will become apparent soon, but the fact remains that the team now has some money to spend on filling multiple positions. Not often do teams with payrolls as grand as the Yankees' build rosters in this manner, but the club already made splashes in the FA market by signing Jacoby Ellsbury and Brian McCann to a combined salary that comes close to the amount Cano just took from Seattle. The Yankees resigned Huroki Kuroda today, and might have the money now to go after another starting pitcher including Masahiro Tanaka, Matt Garza, or even somehow make a run at David Price. For sure the team can now go after a solid set up reliever and find a serviceable infielder to go with Johnson and Jeter.

The place in which not resigning Cano will hurt the Yankees derives from his likability, notoriety, and overall presence. Yes, the middle of the order has a hole now, but the power can still come from Mark Texiera, Brian McCann, and Alfonso Soriano. Yankees fans adored Cano, and while those feelings may have just made a 180-degree turn, the money Cano would make the Yankees now appears lost. The clubs should make some of that back with McCann and Ellsbury, but the fact is that Cano was more of a household name since he has spend his entire professional career with the Yankees, most recently as a star. The Yankees shouldn't have too many issues replacing Cano's on-the-field value, the issue will come in replacing the rest of his worth.

We love to look for winners and losers in trades and free agent signings. In the case of Robinson Cano to the Seattle Mariners, the biggest winner is Robinson Cano. He received more money and stability in years than most in the baseball world predicted, and he did so early in the offseason, allowing him to now focus on baseball. His agents at CAA and Roc Nation Sports, including rap mogul Jay Z, should celebrate as well, since they got their client a huge deal, one that equals the one the Angels gave Albert Pujols.

The Mariners may have spent a lot of money, and come 2022, the team won't enjoy signing the huge checks they will now owe Cano, but in the short-term this is a big victory for the club, although it could depend on how the team constructs the rest of the roster. This move shows that Seattle wants to win sooner rather than later, and to do so in what looks to be a tough AL West in 2014, they will need to continue to upgrade.

The Yankees lost in this, as did any other team looking to sign Cano, but the Yankees will rebound. New York did dodge an incredibly burdensome financial bullet, but it also doesn't have Robinson Cano. If the Yankees make a few more solid signings this offseason, they could turn "letting Cano go" into a positive, and less of a negative.