Zach Duke wasn't known for eye-popping stuff or terrific numbers. That might have to change.

Share All sharing options for: Zach Duke: Now with strikeouts!

I'm a person with rather limited athletic talents, no rhythm, and unimpressive conversational skills. In other words, my ability to communicate using the written word is pretty central to my ability to have any sort of impact on the world around me. I'm telling you this because it's my way of saying that I tried pretty hard to come up with words that do justice to the graphic I am about to present. The English language simply doesn't have the requisite firepower to put this into perspective. Ladies and gentlemen, Zach Duke's yearly strikeout rates (stats entering Saturday): 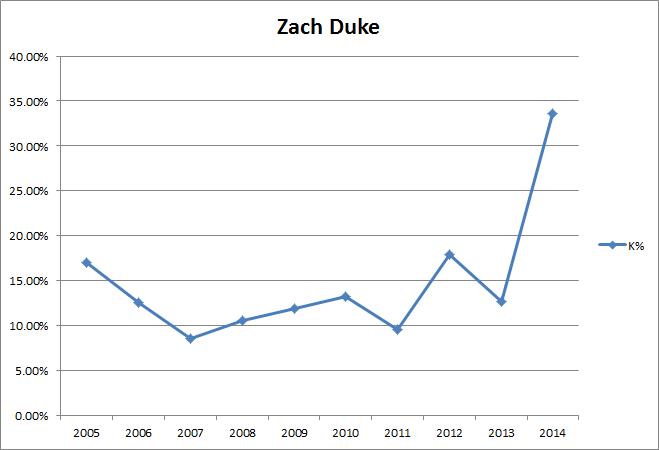 Then 2014 happened and everything we know about baseball stopped working. Duke has a 1.44 ERA and 1.79 FIP in 31.1 innings this year, which is amazing, but his home run rate and walk rate are only a little better than last year. He's not running a low BABIP. His ground ball rate is up a tick. His left on base rate is up, but it's probably up because he's just striking people out like crazy. Maybe there are interesting things hidden elsewhere, but his strikeout rate is the most interesting thing. 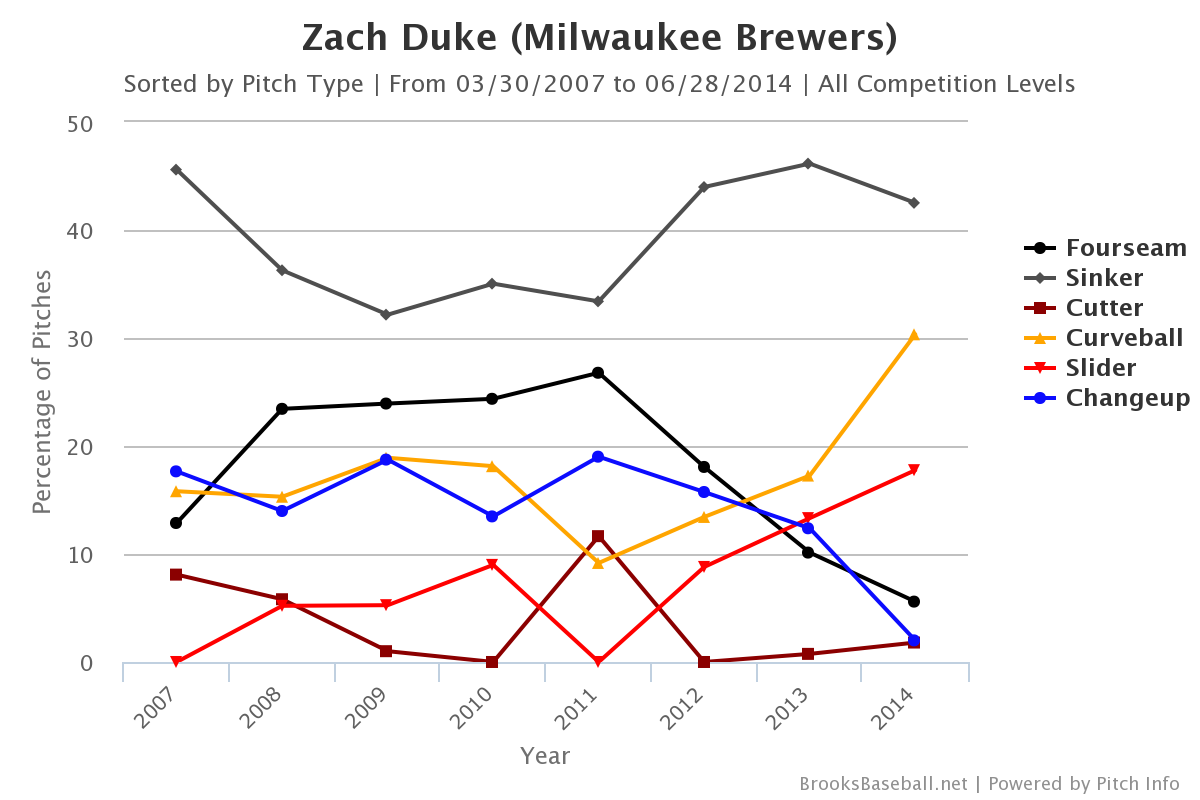 Duke didn't have a slider and now he throws it all the time. He throws his curveball more, ditched the changeup, and mixes in a two-seamer every now and then. If you're facing Duke in 2014, you're probably getting a breaking ball more than once. The mix varies to lefties and righties, but the answer to every Zach Duke question is more breaking balls.

His sinker is getting more sink on it this year and his slider's moving more laterally, which separates it from the curveball in ways beyond velocity.

Duke is throwing a little harder with different movement and he's going to the breaking balls more often. It's not surprising that such a shift would lead to different results, but go back and look at that strikeout rate. That's not just a case of a pitcher making adjustments. It's basically twice the strikeout rate he should have.

He's getting way more called strikes this year on the corners, which stands to reason considering he's throwing to Jonathan Lucroy and the Pitch Framers (terrific band name for when he retires!). Duke is throwing more breaking balls and he's getting more calls on the corners than he's gotten in the past. So far, all of this seems legitimate, even if some of it is his catcher.

What's even more fun about Duke is that while his strikeout rate is much higher against lefties compared to righties, it's also exploded against righties compared to last year. This isn't just a matter of Duke getting boxed into a LOOGY role. 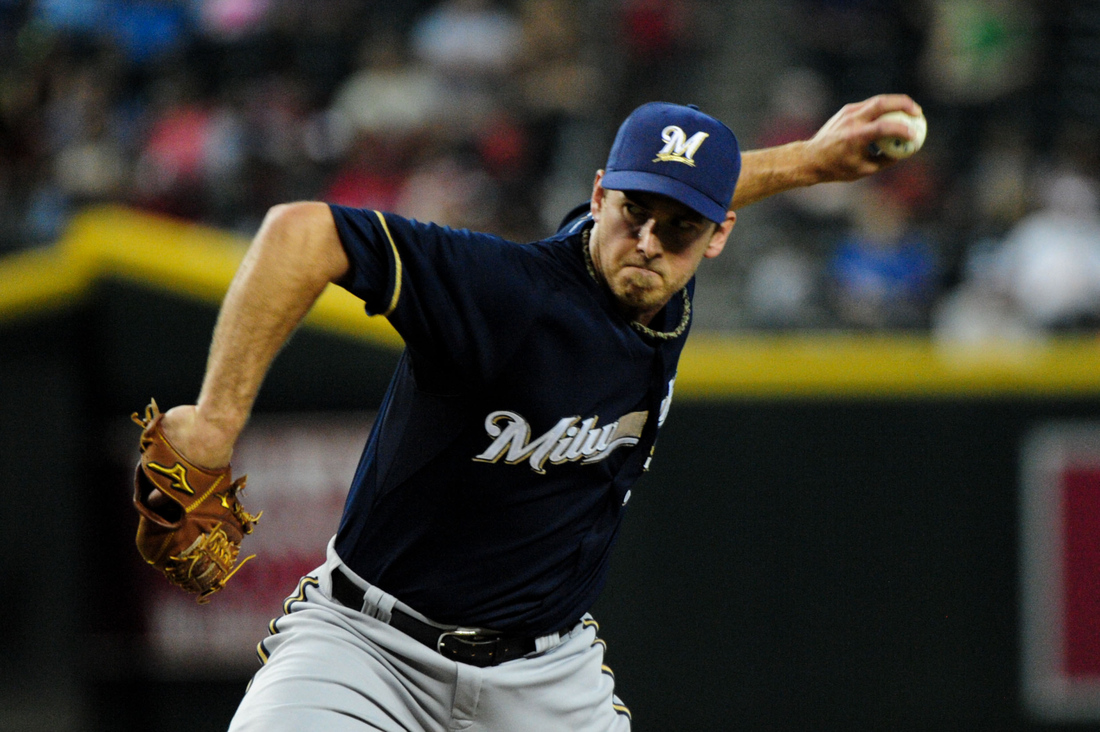 Duke attributes his success to extra work in the offseason to keep his mechanics in line, while also adding the ability to drop down to a different arm slot from time to time to give batters a different look. This is probably a case of the league failing to adjust to dramatic changes from Duke and as the season wears on the strikeouts will drop. He's not going to punch out one in three batters he faces the rest of the way, but it does appear as if the increased K% is the result of some meaningful and sustainable changes. He's not going to be Chapman, but he might be plenty good enough to be a bona fide MLB reliever into his mid to late thirties.

It's not typical for pitchers to make leaps like Duke has this year, but when they happen, it's truly a sight to see.