Last night the New York Yankees followed up their Brian McCann signing with the offseason's largest contract thus far. What did they buy this time?

Share All sharing options for: Jacoby Ellsbury signs with the New York Yankees

Prior to 2013, the New York Yankees had not missed the playoffs since the 2008 season. If you recall, during the following offseason, Brian Cashman set out to make sure that New York wouldn't be sitting out October again anytime soon, handing out a combined $341 million to C.C. Sabathia and Mark Teixeira in free agency. As we know, those moves paid immediate dividends in the form of the 2009 World Series title. Now, it appears that New York is trying to emulate that success, starting with the signing of catcher Brian McCann and continuing with last night's seven-year, $153 million deal with outfielder Jacoby Ellsbury. 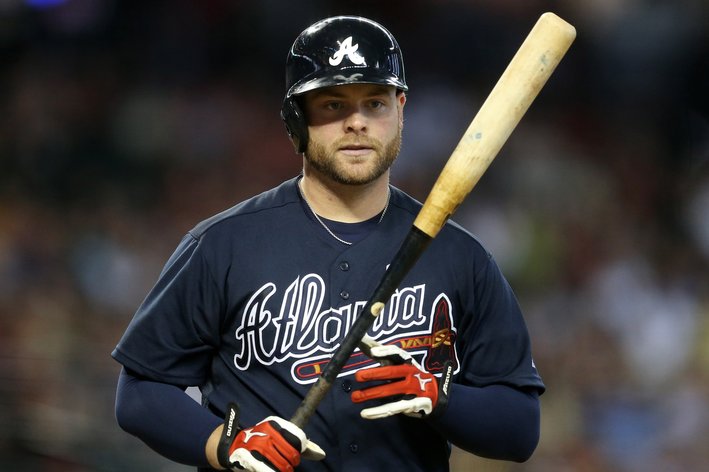 According to some, Ellsbury just might have been the best player on the market this winter. Since 2011, his 16.3 fWAR rank him tenth among position players, despite playing significantly fewer games than every player ahead of him outside of Ryan Braun and Mike Trout. Over those same three seasons, he's become one of the very best defensive centerfielders in baseball, recording 23 DRS and a 13.5 UZR/150. And he adds a ton of value on the bases as well, placing within the top seven in BsR, steals, and net steals. All the while, he's hit far better than league average, although it is worth noting that his offensive numbers are skewed by a tremendous 2011 season.

Basically, Ellsbury is a great baserunner and defender that's slightly above average at the plate. That's a good player for sure, as illustrated above, but is he really worth nearly $22 million per year through his age 36 season?

There is a group that believes that players who derive a majority of their value from their legs will age poorly. Logically that makes sense -- as a player ages he slows down, thus rendering his speed less effective than it was in his youth. But the data doesn't necessarily support that notion. Recently, Dave Cameron looked at the ten players most similar to Ellsbury in terms of speed, defense, and offensive production, a list that included Rickey Henderson, Ichiro Suzuki, Tim Raines, and Steve Finley among others. What he found, was that on average these players hardly declined, and mostly retained their value well into their 30's.

Unfortunately, the most recent example of a speed-and-defense player signing a large contract is the seven-year, $142 million deal the Red Sox gave to Carl Crawford before the 2011 season. To say Crawford has been disappointing would be an understatement, and the general reaction to the Ellsbury signing seems to be, "Hey, didn't we learn from the Crawford debacle?":

I remember the look on Cashman's face when I told him what Crawford signed for in lobby. Looks like my face now upon hearing Ellsbury news

The thing is -- Crawford isn't Ellsbury. Not only does he not play centerfield, but he's also a completely different human being, and picking out that one data point seems quite unfair. Plus, Crawford has never had a season like Ellsbury's 2011, which really makes things fun.

If you call 2011 an outlier, which maybe we should at this point, the deal can easily be boiled down to this Lewie Pollis tweet:

It's just...2011 did happen. For 158 games, Jacoby Ellsbury was the best player in baseball (before Mike Trout of course), doing his normal great things on the bases and in the outfield while posting a 150 wRC+ with 32 home runs. Even before he signed in New York, there was support that the power stroke might return in 2014, like this terrific article from Dan Farnsworth. In the article, Dan gives us a great visualization of the difference between Ellsbury's swing in 2011 and 2013 and this conclusion:

My impression of his 2013 season is that he was never 100% healthy, and that was what disabled his power from showing up earlier and more frequently.

If he can get a few months of clear-minded at bats where he's not worried about pain, I think he settles down enough to get his front foot down and let his hands work, bringing with it the home run power. That said, it's not reasonable to expect perfect health based on his recent history, and because of that I would bet money on not seeing 30 home runs again. If he as able to to get a few full seasons of plate appearances, I feel comfortable betting on a 20+ home run season or two, with the floor of a high AVG guy who plays great defense and steals a bunch of bags.

Truthfully, I agree wholeheartedly. While we might not ever see him approach 2011's 32 again, Ellsbury could definitely string together a few years of 20 or more homers , especially when you factor his new home park into the equation. You see, while Fenway Park is generally known as a hitter's paradise, it actually suppresses home runs for lefties by about 8%. On the other hand, Yankee Stadium is the third best park for left-handed homers, boosting production by roughly 13%. That's a 20% increase for Ellsbury, visually represented here courtesy of ESPN Stats and Info: 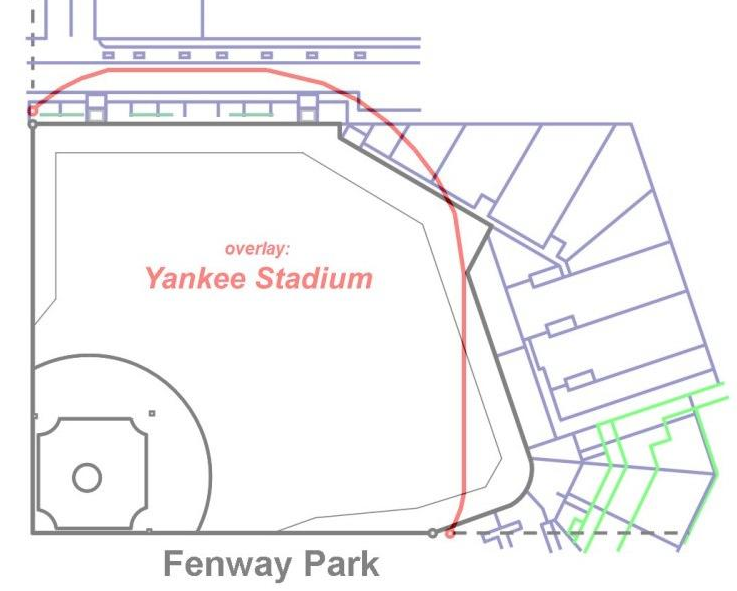 I think we can safely assume that Ellsbury will see an uptick in his home run count in 2014 and the entire life of the deal. With that in mind, if we conservatively estimate him as closer to a 5-win player next year and use the -0.5 win aging curve we get 24.5 WAR over the deal and a reasonable $6.24 million per win. Certainly there's some risk given his injury history, but the potential for a repeat of 2011 mitigates that quite a bit and it seems likely that the Yankees will look back on this as a solid investment.

This move might not be the end either. Reportedly, Ellsbury's signing does not take New York out of the running for Robinson Cano, Shin-Soo Choo, or some of the premium arms still available. And I have to say, I'm glad to have the Yankees back. Watching Brian Cashman piece together an 85-win club with Vernon Wells, Lyle Overbay, and Travis Hafner last season gave me an even deeper respect for the underrated GM, but baseball needs its evil empire. Although, that doesn't mean that I feel the Yankees are being reckless with their spending at all. I believe that McCann and Ellsbury were two of the best and most fairly valued assets available and if a team is going to load up, it might as well be with up-the-middle talent. Adding Robinson Cano to the mix will keep with that trend and if it happens the move should push the Yankees squarely back into the spotlight as one of the favorites in the American League. Don't look now, but we might very well be watching a repeat of 2009 right in front of us.