Billy Hamilton, Victor Martinez and being differently the same

Share All sharing options for: Billy Hamilton, Victor Martinez and being differently the same

We're nearing the end of June, and while many things remain undecided, two things seem to be pretty clear. Billy Hamilton is going to hit enough to let his other tools shine and Victor Martinez is healthy enough and awesome enough to make that 2013 first half a distant memory. Normally, it would take some literary gymnastics to shove Billy Hamilton and Victor Martinez into the same sentence, but they've actually made it quite easy so far. In fact, through Saturday's action, the two players had nearly identical fWAR with Hamilton at 2.4 and Martinez at 2.3.

The WAR skeptic is already rushing to the comments section to point out how this is just another example of WAR being a "pointless stat" or a "made up thing that means nothing." In fact, this is just the opposite. Victor Martinez and Billy Hamilton aren't the reason WAR doesn't work, they are the reason WAR is vitally important.

No sabermetrician would argue that our current WAR calculations are perfect. They're just better than anything else we have right now. I'd trust WAR over batting average and fielding percentage, but that doesn't mean there isn't room to grow. That said, WAR was invented in part to measure a player's performance holistically. Baseball is more than hitting and ERA. Each player is responsible for many different actions and can leverage a variety of skills to help their teams win. Martinez and Hamilton are shining examples of WAR's success.

Without looking at the numbers, let's talk about the kind of player each guy seems to be. Using the 20-80 scouting scale, you'd probably rate Martinez as somewhere between a 70 and 80 hitter with 50 to 60 power. He's a classic 20 runner with defense and arm ratings probably in the 40s. He's a tremendous hitter. One of the best contact, line-to-line, up-the-gap hitters of his generation. He can't run and while he has decent hands in the field, he's nothing about which to write home in that regard.

Billy Hamilton is fast. If you've watched baseball this year, you know about Hamilton's speed. He's a classic 80 runner. His glove seems to be quite good, but we haven't seen a ton of him out there, so let's call it 70 defense with a 50 arm. There's room for debate there, I won't argue. But he's a great runner and an above-average defender. He's certainly a below-average hitter and power hitter. Maybe he's a 30 and a 30 or a 40 and 30, but you get the idea. Hamilton is speed and defense with enough bat to make it work at the big league level.

Let's circle back. These two players have the same WAR through about 70 games. They're both playing near the top of their abilities and they have the same WAR. Martinez has a .415 wOBA and Hamilton has a .310 wOBA in an easier park. One has 19 HR and 49 RBI and one has four homers and 23 RBI. How can these guys be worth the same number of wins?

This isn't a knock on Martinez, who's one of the best ten hitters in baseball this season, it's an example of how the system works. Martinez is a designated hitter and only plays first base sparingly. This means that he isn't providing his team any defensive value. Over a full season, that will make him about -17.5 runs worse than the average using the positional adjustment. Hamilton is in center field, so that adds 2.5 runs to his total based on the difficulty of those two positions. So if they're the same player for a full season at the plate and on the bases, Hamilton is two wins better because he's doing all of that while saving an average number of runs in center field while Martinez is doing nothing to prevent scoring. 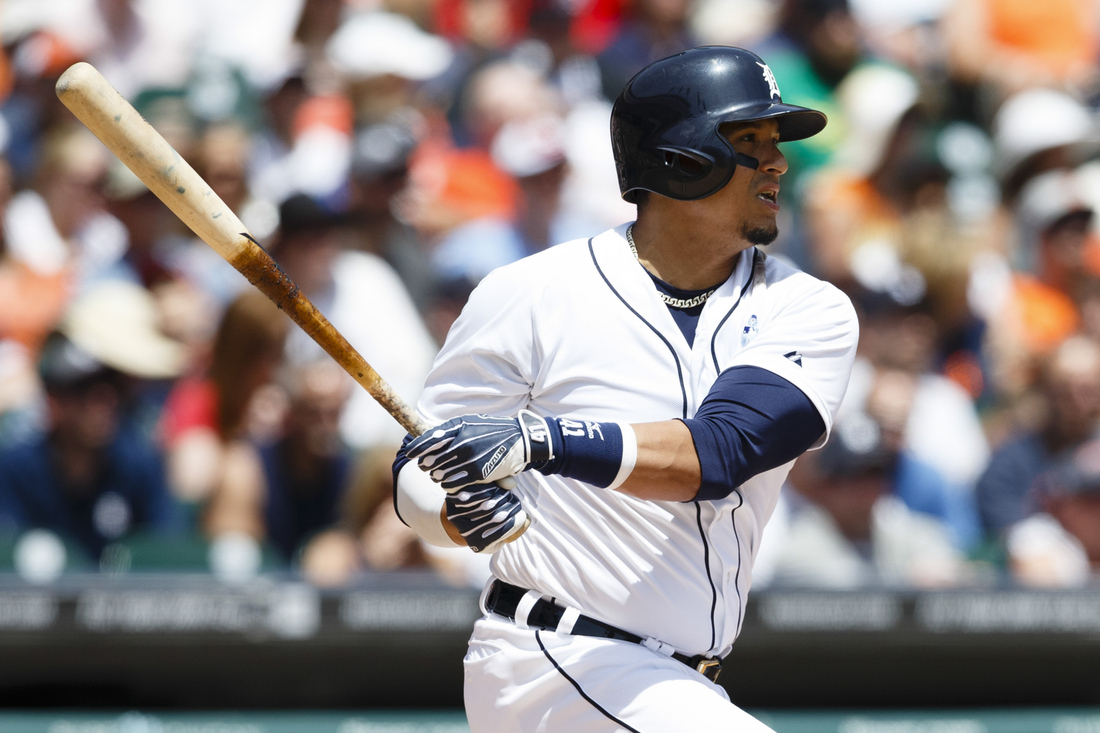 Pull away from the abstract, because the positional adjustment makes some people uneasy, and just accept that the same quality hitter and runner playing center is better than the guy doing it at DH. Would you rather have Mike Trout or a version of Mike Trout who can't play defense?

Bryan Grosnick provides a primer on wins above replacement (WAR), including the different ways the WAR framework is calculated.

Position drives some of this, but there's more to it. At the dish, Martinez is out-hitting Hamilton. He walks more, strikes out less, and hits for way more power. Right now, Martinez has been about 20 runs (or two wins) better than Hamilton at the plate. That makes sense. Over a full season, that would be like five wins between a great hitter and a slightly below average one. That makes perfect sense, in fact.

Let's turn to baserunning. Billy Hamilton has 31 steals and Martinez has two. Hamilton has added three runs on stolen base attempts where Martinez has cost his team about 0.6 runs. But it's not just steals, it's everything else. When thinking about taking extra bases and not getting thrown out on them, Martinez is -1.6 runs and Hamilton is 2.7 run above average. There's about eight runs of difference in their baserunning already, so we can trim that hitter differential to about 10 to 15 runs instead of 20 to 25.

None of this is meant to be exact, it's meant to be approximate. If you want to tell me Martinez is a little more valuable than Hamilton to date, I couldn't make a strong case against you. But this example is exactly why we need WAR. Baseball is more than hitting dingers. Baseball is a fundamental struggle to score more runs than the other team and half of that equation is run prevention. A quality defender is valuable and someone who can hit a single, steal base, and score from first on a very short double is valuable.

Often times, I see traditionally-minded writers dropping two WAR numbers that seem completely out of line and pointing to them as an example of why WAR fails. But almost always the examples they choose are reasons why WAR is great. Skepticism is good, but you shouldn't be skeptical of WAR because it tells you something your eyes don't.

We've been taught all our lives to lionize batting average and home runs. It's good to get hits and hit for power, but there is more than one way to help your team win. You can walk, run, or rob the opposing hitters. Baseball is about runs and you can push and pull on many levers to get where you want to go.

The only way Billy Hamilton and Victor Martinez are the same to the naked eye are that they both get paid to play baseball. But to the curious observer, they're actually about the same. Isn't baseball great? The guy who can go first to third on an infield ground out and the guy who doesn't always get to second on a ball off the wall are equally useful!