Are pitchers getting better?

Over the last ten years, league ERA is down and strikeouts per nine innings are up. But, can we definitively say that pitchers are getting better?

Share All sharing options for: Are pitchers getting better?

Over the last decade, we've witnessed the emergence of a new class of star pitchers. From powerful righties like Felix Hernandez and Justin Verlander, to finesse lefties like Clayton Kershaw and Cliff Lee, to newcomers like Stephen Strasburg, Yu Darvish, and Matt Harvey, the number of aces in the big leagues has risen dramatically.

Naturally, front offices have taken notice. Kershaw became the highest paid player in baseball, and a bidding war occurred to lure Masahiro Tanaka, ending with a $155 million contract to pitch for the New York Yankees despite never throwing a pitch in the Major Leagues.

It's not just an overabundance of star pitchers; the statistics of the entire league—starters and relievers—have improved. The following graph displays ERA by year since 2004: 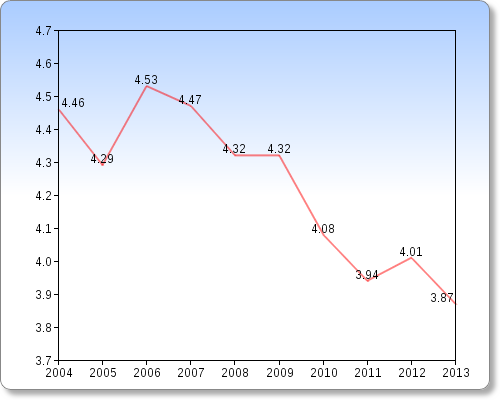 Overall, a pretty strong drop since 2004. It hovered around 4.50 early on and dropped to below 4.00 in two of the past three years. To put that in context, that means that Jarrod Parker, the second best pitcher on a playoff team in 2013, had a below-average ERA at 3.97 (granted, 3.97 isn't usually something to brag about, but it's rarely a below-average mark in the current era).

But, pitchers aren't just lowering the number of runs that they give up per start; They're becoming more dominant, striking out nearly one more hitter per nine innings than they did ten years ago. Here's how pitchers' K/9 averages have increased since 2004: 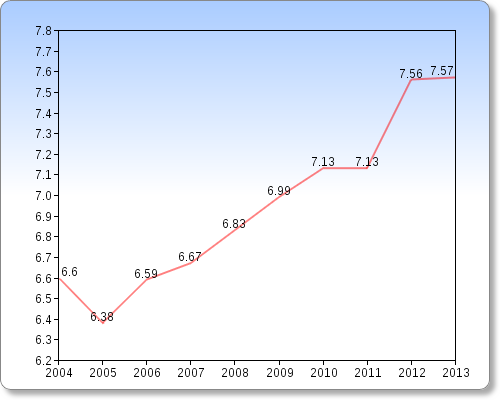 Pitchers have improved their accuracy, as well, allowing fewer walks per nine innings and hitting fewer batters since 2004. 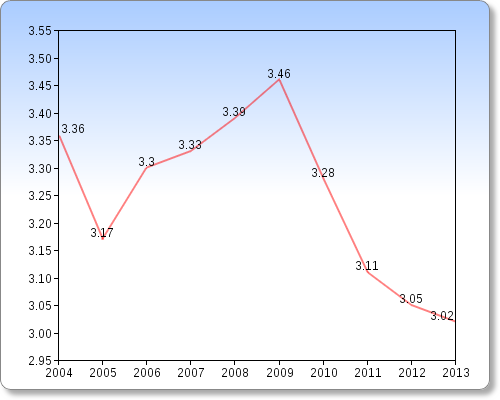 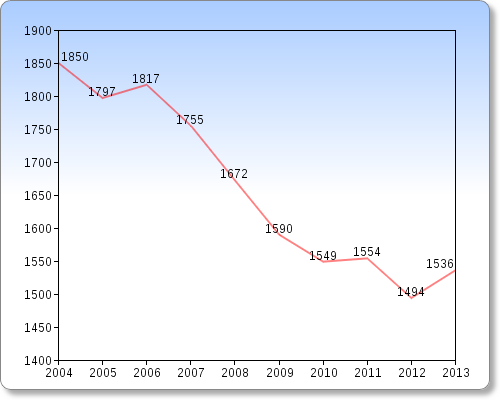 The BB/9 graph looks a little bit crazy—mostly, the change isn't as consistent year-over-year as the others—but the overall trend of pitchers improving their accuracy over time holds true.

But, all of these trends are not without their confounding variables.

What if players are getting more athletic, resulting in faster fielders and more covered ground? Is it possible that, much like we see in the NBA, the playing space is seemingly shrinking because of the size and speed differences of players today compared to players of older generations? Just imagine how many fly balls would be dropped if your outfield consisted of Starling Marte, Carlos Gomez, and Gerardo Parra.

Or, what if coaches are becoming more strategic because of the advanced data available to them? Things like defensive shifts and situational pitchers (lefty specialists, for example) have certainly increased over this time period.

It's impossible to assert "pitchers are getting better" given the noise when trying to look at the full picture of the statistical trends. But, with what we are seeing in today's game—faster fastballs, deadlier curveballs, more deceiving changeups, etc.—maybe we are witnessing an era of baseball in which pitchers are, on average, better than the average hitter.