A few major league squads could be looking at replacement-level production -- or worse -- from key places in 2014.

Share All sharing options for: Potential black holes for 2014

These players, guys like Yuniesky Betancourt, Adeiny Hechavarria, Jason Marquis ... I may not want to watch their plate appearances or starts, but I do want to read all about their box scores. And I want to know what it is that possesses a team to use players who are obviously hurting their team's chances to win. Is it commitment to a contract, to development, or simply an inability to discern how poor a performance is?

With all that in mind, I also try to predict -- using a few projection systems and my own analysis -- which players might put up near- or sub-replacement performance over a full season. And that's the point of today's piece. Which players might not only put up poor numbers, but also get the second and third chance to pull themselves out of the gutter instead of being kicked to the curb? Which guys will get every opportunity to succeed, whether due to a big contract, no other options, or a commitment to development?

Keep in mind that I'm also not here to root for failure. I hope that guys like Maicer Izturis bounce right back after terrible seasons. I hope that each and every one of these three players kills it in 2014. They just seem like some of the most likely guys to have a rough go of it over a full year.

One of them probably won't. And that's because he plays for the Miami Marlins. 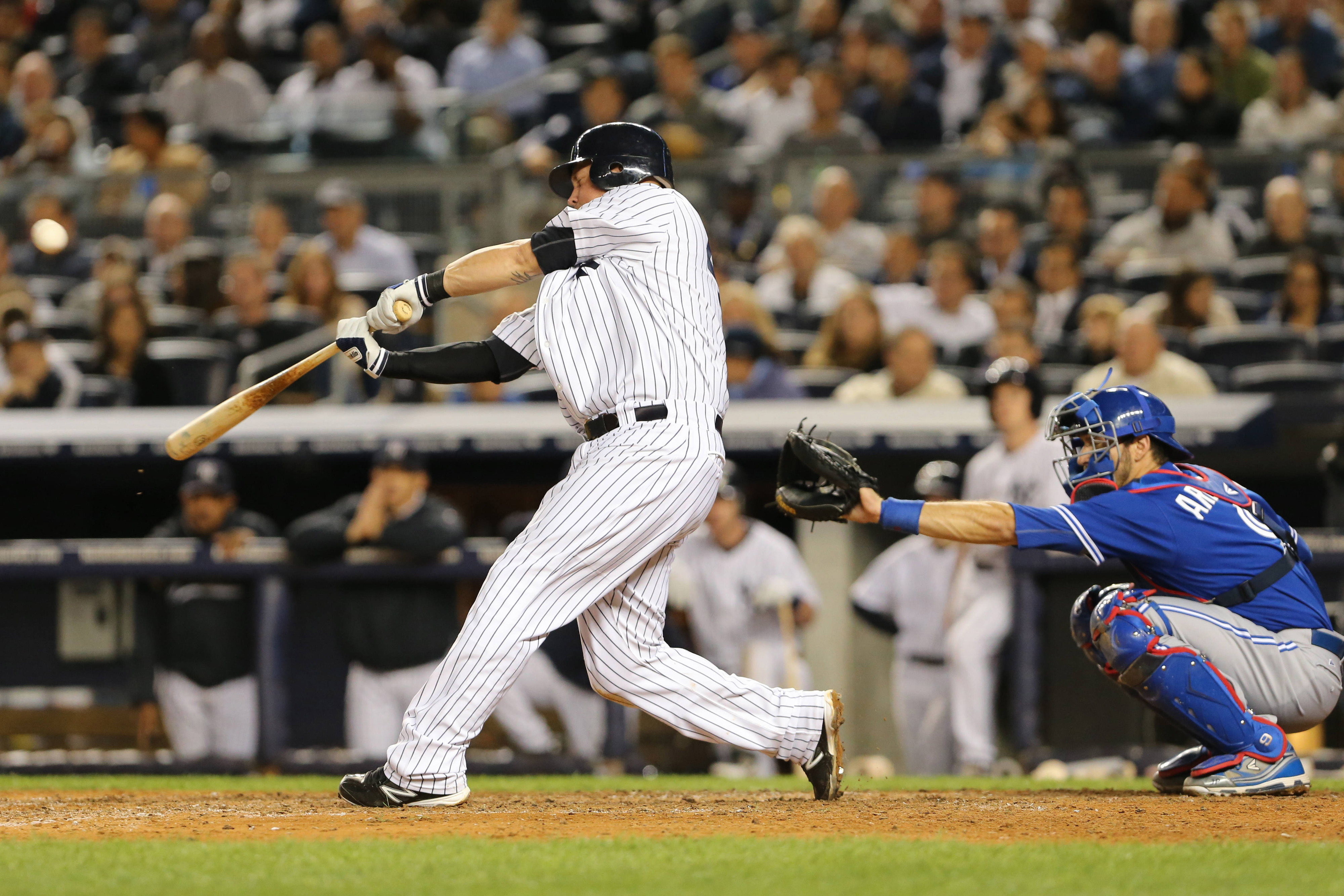 The Marlins are an atrocity interesting ballclub, in that they provide a safe haven for predicting bad performance. Last year, on the Beyond the Box Score podcast, I predicted Marlins second baseman Donovan Solano to be the worst everyday player in baseball. I was totally wrong -- Solano was merely bad (0.0 fWAR, 0.3 bWAR, and 0.6 WARP). Instead, double-play partner Adeiny Hechavarria could have been the worst, offering up a heinous -1.9 fWAR and hitting about 50% worse than league average.

This year, I'm not certain I'm convinced that a Marlin will be the worst everyday player in baseball, but it also wouldn't shock me. And I'm going back to the infield. Casey McGehee may have the inside track on the starting third base job in Miami, and that's quite a surprise given that last year, he didn't even play in the U.S.

Izturis could claim to be the worst player in baseball last season. Does Nick find hope for next year, or is Maicer in serious trouble?

Edwin Jackson: Will he rebound or bust again?

Randy explores the likelihood that Edwin Jackson doesn't pitch like a third-grader again in 2014.

Maicer Izturis: Bouncing back from rock bottom Edwin Jackson: Will he rebound or bust again?

McGehee spent 2013 on walkabout in Japan, hitting 28 homers for the Rakuten Golden Eagles, and posted a batting line that would look pretty great on any team. Unfortunately, it's simply not a direct translation from the NPB to MLB, and McGehee wasn't particularly in good in his two seasons prior to crossing the Pacific.

Sure, Casey can bang out a few homers -- if things break his way -- but he's also an out machine, and that translates to low value. His on-base percentage over his past two MLB seasons is bad: .280 and .284 in 2011 and 2012. In order to trump such poor on-base ability, he'll need to sneak a LOT of the power he showed in Japan back through customs, something I'm not sure will happen, especially with the broad swaths of outfield in Miami. That translates to unacceptable offense, making him a worse offensive option than many defense-first shortstops.

And speaking of defense, that's not really McGehee's strong point. To counteract poor offense, especially at third base, you'll need to be a very plus defender. McGehee probably isn't, and for his age-32 season, I'd expect it to fall somewhere between "I guess it's okay" and "please stop playing baseball right now." But power plays, and if he can fool the team into thinking his defense is alright, he might get every chance to succeed.

Why else might Casey see serious playing time? Two reasons. The first is that the Marlins may have a lot of guys who CAN play third base, but they sure don't have a lot of guys who SHOULD play third base. Ed Lucas and Placido Polanco held down the position rather unsuccessfully in 2013, and while Polanco's gone, Lucas remains. In addition the team has the following other options: Greg Dobbs, Ty Wigginton, Donovan Solano (just kidding, he'll need to replace Rafael Furcal at second after the inevitable injury), Jimmy Paredes, and Zack Cox. Dobbs and Wigginton have no place on a big-league roster at this point. Paredes and Cox, while young, don't have much in their profile that hints at success at the highest level. And worst of all, McGehee's a guy who could use a platoon caddy ... and only Dobbs hits from the left-side.

The second reason is that the Marlins are awful, and they've shown a commitment to playing guys who aren't particularly good ... whether it's Solano, Hechavarria, or Chris Coghlan. Their misguided (but a little admirable) devotion to guys adds up to a good chance for McGehee to "earn" his way to a starting job through much of the season. 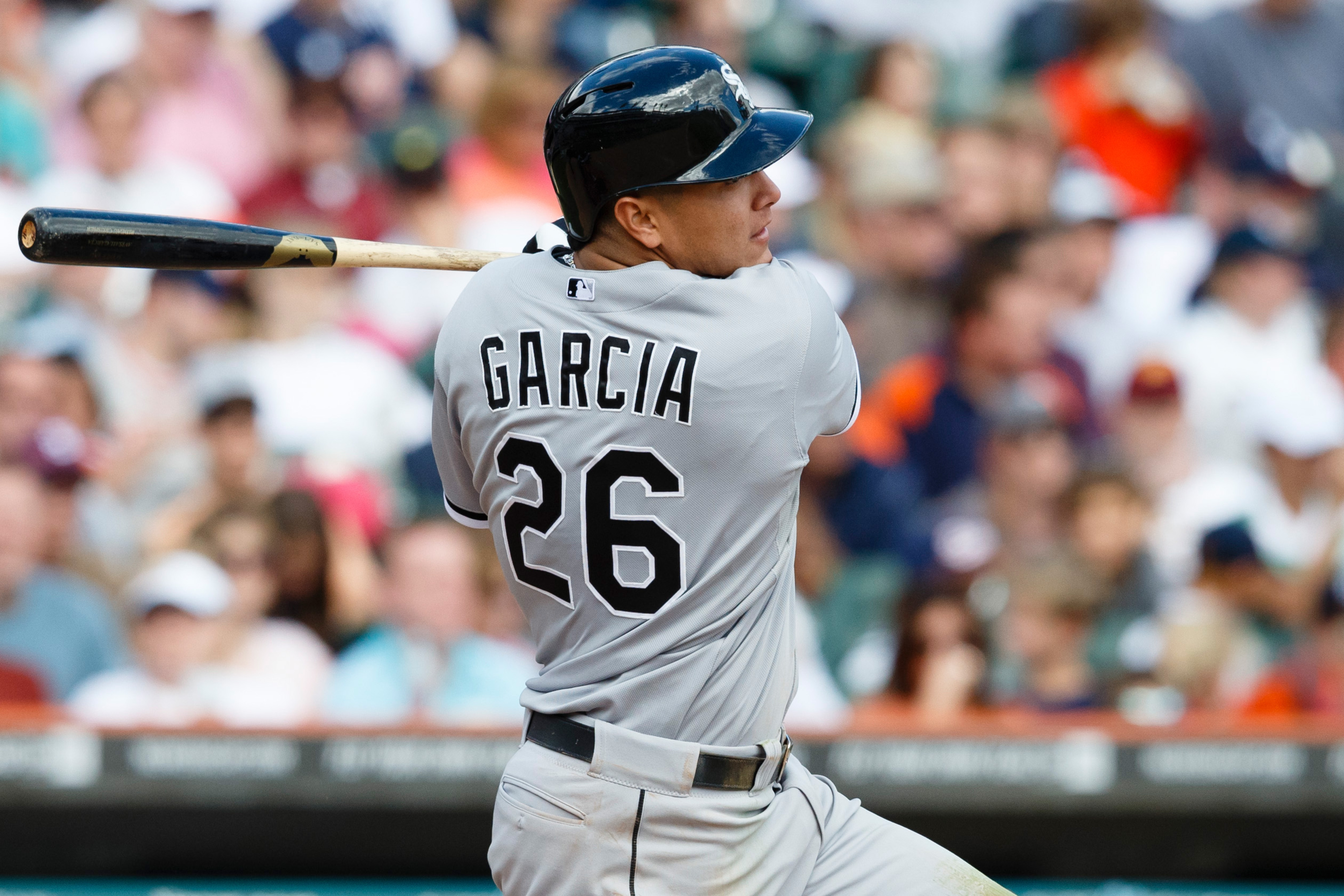 Before you inundate me with hate mail, Sox fans, keep in mind that this is a worst-case scenario.

That said, there's the possibility that Avisail Garcia, the young starting right fielder for the Chicago White Sox, could be a net negative for his team in 2014. Garcia has a solid pedigree, is young and toolsy, but he's hardly a sure thing, and is already being counted on to anchor a volatile Chicago lineup in 2014.

Why am I a bit bearish on a guy who used to be the No. 2 prospect in the Tigers' system and who put up almost league-average offense in his 2013 campaign? Walks. More particularly, a lack thereof. It's not a good sign.

I took a look at some of Chris St. John's prospect research as it related to Avisail, and found a couple of interesting takeaways. Garcia's bat -- you know, the thing that will keep him in the majors, in a best-case scenario -- doesn't profile as a likely winner.

Avisail Garcia has a 20.7% career minor-league strikeout rate, paired with just a 4.0% walk rate. That puts Garcia at the cutoff for "high" strikeout rate and far below the cutoff for a "low" walk rate. Prior to 2013, Chris gave Avisail a 67% chance of "Bust", compared to a 20% chance of "Average" and a 13% chance of being "Productive". To be fair, Garcia's strong performance in the minors and not-awful performance in the majors last season probably raise those odds a bit, but he also should have been counted on to improve in his age-22 season. Even under what I'd consider a "best-case" scenario, Garcia's probably hauling around a bust rate of 40-50%. His combination of nascent power and decent bat-to-ball ability is buoyed by a complete inability to walk and a pretty high K%.

With that in mind, and considering that he has some power, but not a boatload, there's a decent chance he could enter an out spiral, with too few hard hits and dingers to pull him out this year.

Now, Garcia is considered a "toolsy" player, with strong reviews of his arm, glove, and speed ... so there's a chance he can offset below-average offense with some decent speed and defense. The problem is that the stats don't really back up that. Yet.

In the minors, Garcia did steal 62 bases, which isn't bad -- and in his brief time in the bigs, he did grade out slightly positive as a runner. But UZR and DRS have been very unkind to his defense in this admittedly small sample. The stats show nothing positive, from arm, to range, to glove. Given that he's a young, developing player with room to integrate the mental game with his physical gifts, one could easily assume he'll improve defensively. But it's not yet a given.

The backup options behind Garcia, right now, consist of perhaps Dayan Viciedo, perhaps Adam Dunn, then guys like Jordan Danks and the peanut vendor. Where other teams have loads of Triple-A depth, I'm afraid the White Sox just don't. Dunn and Viciedo will likely spend more time at DH or, unfortunately, left field, giving Garcia plenty of time to develop, or at least play, in right.

Don't get it twisted: I'm not predicting that Garcia will definitely turn into Delmon Young 2.0. I'm just saying that it is one of the possible outcomes. And he may not hit his stride until sometime after 2014.

You know, after the successes of Yasiel Puig and Hyun-Jin Ryu last year, one could almost think that the Dodgers are bulletproof at bringing over players from overseas to contribute immediately. But, as good as the Dodgers are at international scouting, nothing is a sure thing.

All I've heard since Guerrero's signing is that he's got a very nice bat, but that there are a lot of worries about him manning second base. He's converting from shortstop to second, which is normally a positive from a defensive standpoint, but he's never been advertised as talented defensively, and he doesn't get credit for having a very athletic build. In addition, Guerrero is dealing with a hamstring injury that is slowing him down both literally and figuratively.

Truthfully, Guerrero has the chops, the projections, and the tools to be better than replacement level. But uncertainty is still uncertainty, and there's a chance that Guerrero could have a tough time with the conversion to major league ball and to a new position. I also thought Kaz Matsui would be a no-brainer conversion to the bigs, and that didn't exactly work out perfectly.

The Cuban import has gotten the money from the Dodgers that says "he's our starter," and the team hasn't made a concerted effort to back him up. Right now, guys like Justin Turner, Dee Gordon, and Chone Figgins look like potential backups at the keystone ... or maybe even minor-leaguer Enrique Rojas. I don't think that even the most optimistic real-world projection on any of those guys is more than a win above replacement.

The good news for the Dodgers? This is a team so loaded that they could deal with a HUGE hole at second base and still probably win 90+ games. Having a black hole isn't so bad when your team is as good as the Dodgers.

All statistics courtesy of FanGraphs, Baseball Prospectus, and Baseball-Reference.