Is it worth it to lose now, and win later?

Earlier in the season the Astros losing ways brought about the idea of losing on purpose. Doing so for an entire season often causes an outcry from fans and pundits, but what about doing so on a smaller scale?

Share All sharing options for: Is it worth it to lose now, and win later?

Every decision has a distinct set of consequences; some can be predicted with certainty, and others remain unforeseeable. As time rolls on, the affects of any given change or manipulation to a system play out, and often become the deciding factors as to whether the original decisions have proven beneficial or disruptive. When MLB and the MLBPA re-crafted their collective bargaining agreement, the two sides made significant changes, most of which have now become quite well-known, to the manner in which teams draft new players.

Along with assigned dollar amounts per pick, caps for money spent on international prospects, as well as the ability to use that slot money in trades, the new CBA also created nine protected picks. The teams with the nine worst records at the end of the season do not, for any reason, have to relinquish their draft pick. This comes into play most often when discussing the acquisition of free agents, and more specifically free agents who have been tendered a qualifying offer and have declined said offer.

Chase Utley Extension: Something everybody wants 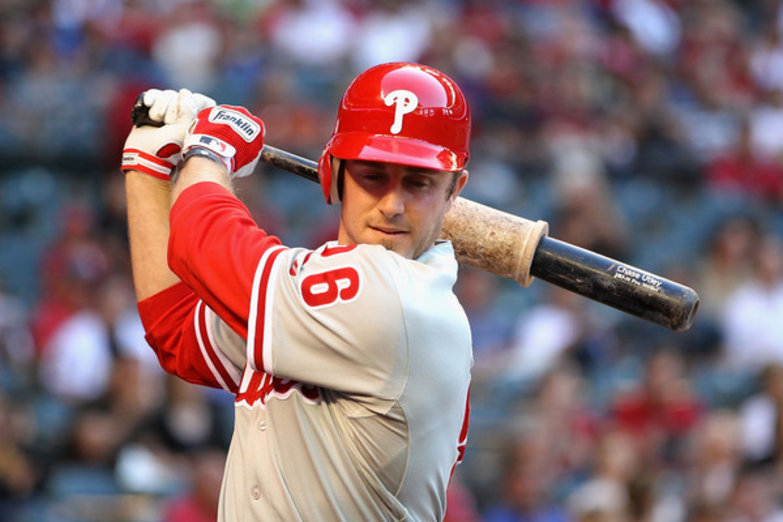 While the teams that can smell the playoffs continue to pursue the postseason by any means necessary, nine teams hoping to both improve their big league roster while not being able to afford the luxury of losing their 2014 first round pick, vie for one of the nine worst records in baseball. In general, the more wins the better, but this system incentivizes certain teams to hold back, and at the very least, not make decisions that lead to more wins. Other professional sports leagues like the NBA and NFL deal with the issue of tanking on purpose, with fans often hoping their team will continue to lose games so that they will have the best opportunity to rebuild their franchise into a winning one.

Teams like the Houston Astros, Miami Marlins, and Chicago White Sox do not have to worry about not finishing the season without a top-nine losing record. These teams all currently have winning percentages below .400. No matter the draft, a pick closer to number one gives the organization more options, but with the new rules in the CBA, the options truly become apparent for any team that has a protected pick. The idea of having a team's pick protected may not prove useful to many of the teams that hold such picks. For example, neither the Houston Astros nor the Minnesota Twins, two teams in complete rebuilding efforts, will want to acquire a top player in free agency that could theoretically cost them a draft pick. While the Astros might not care as much about the protected nature of their draft pick, a team like the Mariners, Mets, Phillies or Angels might have a different take on the situation.

These teams all play in fairly big markets, meaning that from season to season they possess money with which to spend in the offseason if they so desire. In fact, in order to keep their fans involved through a lean year or two, these teams will often make a move that seems out of character for their situation in order to bring in a big name player who could help keep revenue streaming in. Interestingly, all four of the teams mentioned above, as well as the Padres, Giants, and Rockies, will most likely make up spots seven through nine in the draft as well as the four spots that come after pick nine. Essentially, of those seven teams, three will have protected picks, while four will find themselves left out.

This situation creates some interesting strategy heading towards the end of the season. In September, roster sizes grow from 25 to 40, during which most teams, playoff-bound or not, bring up minor leaguers currently on the 40-man roster to alleviate or even fill some rolls on the major league club. It allows teams to see some potential future big-league players get some reps in the majors even if those players have not been deemed fully ready for promotion. Given that teams like the Mariners, Phillies, Angels, and Giants might want to remain active in the offseason vis-à-vis signing free agents, while simultaneously banking on having a juicy first-round selection in the 2014 draft, it might prove beneficial for these teams to lose more games than is currently expected of them.

Last season we began to see the more significant affects of qualifying offers on free agents. Players like Rafael Soriano and Kyle Lohse eventually found suitors, but prior to the qualifying offer system, those players may have attracted more teams with better offers sooner. Teams like the Giants and Angels have made significant moves to acquire free agents in recent years, but haven't won enough games yet and most likely will continue to trend away from the playoff picture. These teams would like to improve their farm systems, but also have committed money to veterans in order to win now. Having a protected pick could prove beneficial, in allowing them to improve via free agency as well as pad the future.

It's quite possible that the benefits of having more options in the offseason without relinquishing a draft pick might not outweigh the profits made by winning as many games as possible that remain in the 2013 regular season. Still, for a subset of teams, the opportunity to tank the rest of the way could be a nice middle ground between the Astros' strategy of tanking for an entire season, and the overarching maxim of trying to win every game. Overall, we probably shouldn't expect these teams to put forth even worse everyday lineups just in an attempt to secure a protected draft pick. Remember, a team could try and lose, and still end up winning too many games. The fallout of the new CBA continues to include more ripples the more time that passes, with the possibility of tanking for a protected pick now constitutes another such ripple.

All statistics courtesy of Fangraphs, Baseball Prospectus and Baseball-Reference.