Grading the best tools in the major leagues

Have you ever wanted to see a grade for Carlos Gonzalez's power, Craig Kimbrel's slider, or any of the other top tools in the major leagues? Well if so, you're in luck.

Share All sharing options for: Grading the best tools in the major leagues

If you follow the draft or the minor leagues at all, you probably are familiar with the 20-80 scouting scale that has been in place since the days of Branch Rickey. As players ascend towards the majors, you can often hear or read phrases like, "Prospect X" has a 55-grade hit tool" or "Prospect A is a 75 runner." Unfortunately, these notes on player skill seem to fade away once the prospects reach the show. Maybe it's because most think of tools only in terms of projections, but grades are also placed on the present tools players have, something that I'm saddened to see not applied to big league players in the public domain.

Once a year, however, the fine folks at Baseball America take it upon themselves to poll the managers across Major League Baseball to find out which big leaguers do possess the best tools in a number of categories, teasing us just enough to keep us wanting more scouting reports on the stars of now. While polling managers is not a perfect way to evaluate tools, aside from possibly asking pro scouts to chime in, I can't think of a much better source to rate the top tools in the game. But as much as I value these opinions, the annual column always leaves me feeling a little unsatisfied because they players are never given actual grades in their respective categories. At a site that thrives on objective analysis, simply saying someone is the best in a certain area of the game just isn't good enough. No, instead we have to ask the question - how do the players that take home BA's Best Tools actually grade?

To answer said question, I used the idea from Mark Smith's saber 20-80 scale, selecting slightly different stats to represent each category. I pulled data from 2010 to the present, including only hitters with at least 100 plate appearances and pitchers with at least 70 innings pitched in a season, and found the league average and standard deviation in each of the various categories to create the scale. Then I took the Best Tools players and graded them based on their production in the given categories over the same time frame. Due to the uncertainty with defensive metrics, I chose to only grade players in the offensive and pitching categories. Lastly, because of the sample period some of the breakout players (Chris Davis, Max Scherzer, etc.) may grade out better at present, but I think the extended period gives a better true picture of the talent level of these players.

Below you will find tables that feature the players managers selected with the best tool in each area, along with their grades in the corresponding stats. Before that, though, here you can see the benchmarks that make up our scale.

Sticking with easily available statistics, I feel that the combination of batting average, BABIP, and line drive rate best reflects a hitters ability to consistently make hard contact. Maybe something like Ken Woolums' WHB stats would be more effective, but I think this gets the point across just fine for now. As for the selections themselves, managers did a fine job highlighting players that all rate as plus to plus-plus hitters across the board. My only slight discrepancy is I would have taken Ryan Braun (70 BA, 60 BABIP, 45 LD%) over Yadier Molina, though given his recent off-field troubles I do understand his exclusion.

When evaluating amateur players, scouts give prospects two different power grades, one for raw power and one for usable power. For young players, I'd say the raw power grade is more important because it grades the potential for power in the long-term based on things like bat speed, leverage, and strength. As players mature, however, usable power, or how much power the hitter actually shows in game action, is the only number that matters.

Admittedly, I was a bit surprised to see Carlos Gonzalez rated as the top power hitter in the National League, but he has the grades to back up his place atop the list. The rest of the list looks solid, especially considering Pedro Alvarez and Chris Davis' would even better grades if we only focused on their 2013 season. The only exclusion that stands out to me is Blue Jays slugger Jose Bautista who grades as a 75 in both slugging and isolated power, and a 70 in HR/FB%.

Purely using statistics, strike zone discipline is a very difficult skill to capture. OBP incorporates the ability to hit, walk rate is inherently biased towards power hitters that see fewer strikes due to their power, and o-swing rate penalizes hitters that can make hard contact on pitches outside of the strike zone. With that said, using all three together paints a decent picture of what kind of judgment these hitters have.

Other than Michael Bourn, not much of an argument can be made that these are not the best baserunners in their leagues. My only other thought before we move on is that Mike Trout and and Carlos Gonzalez are unquestionably five-tool players, evidenced by their inclusion on multiple tool lists. 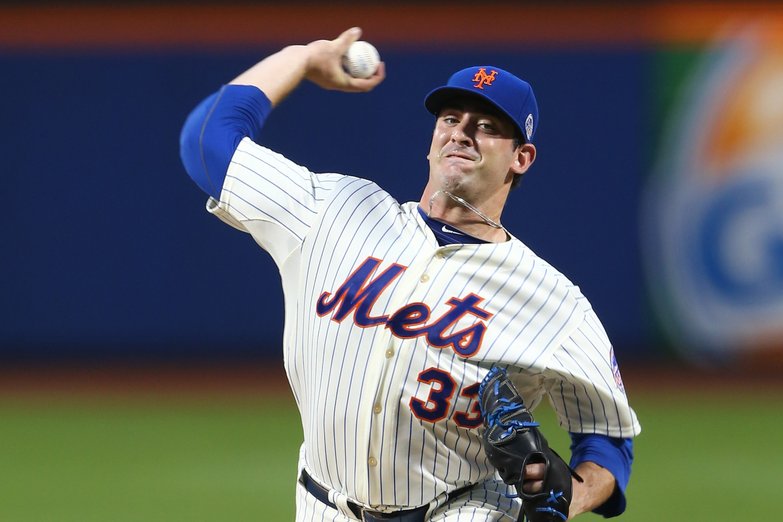 As with the hitting stats, here is a breakdown of where the pitching grades come from.

Although I'm not sure that "best pitcher" really fits in on a best tools list, I obliged in trying to give grades. I used ERA (actual production), FIP, and two versions of WAR/200 innings to attempt to encapsulate total value. Here I think the managers did much better with the National League pitchers, though picking those three starters wasn't exactly a difficult task. In the American League, Felix is the easy top choice for best pitcher, but the other two spots could be debated. Scherzer would grade out better if we were only looking at the last half of 2012 and all of this season, so his inclusion makes sense. The third spot is actually a very tough choice, though. Some of the top pitchers like Justin Verlander and C.C. Sabathia have had been down this year, and others like Moore and James Shields have not been consistent enough to be in the same conversation with the others. Personally, I'd go with Yu Darvish or Chris Sale, though I think the argument could be made for a number of arms.

In the best pitch categories, I looked at velocity for fastballs and then I used PITCHf/x's pitch weights per 100 pitches for each category to hopefully put the starters and relievers on the same scale. Truth be told, I don't love that measure because I think the data is somewhat limited and lacking a great amount of context to judge how effective a pitch type has been, but in an effort to keep this somewhat simple that's the method I used. Along the lines of that thinking, I really have no issue with any selections in these categories, and I'll just offer a few surprising results that maybe could have been on the list.

With an average FB velocity of 96.7 mph and a wFA/C of 1.09, Trevor Rosenthal would be the one pitcher that grades well in both areas that missed the list, although I'm not sure he's more deserving than Chapman, Harvey, and Kimbrel. But my favorite snub goes to Koji Uehara, who judging by pitch weights has a 60-grade fastball, despite an average velocity of just 88 mph.

With a 65-grade slider, Aroldis Chapman easily could have replaced Sergio Romo here to make the NL's list identical to top fastballs in the circuit. The biggest snub, if you can call it that, actually goes to Rays' rookie Chris Archer, who has a 60-grade slider that he has thrown over 30% of the time in his young career.

Every pitcher on the curveball and changeup boards has at least an above average offering that they use often, so I again think the managers did well in picking these players. The only pitchers that really ranked ahead in either category were pitchers that used the pitches very infrequently, or ones who are currently injured and therefore discounted like Ryan Madson and his wicked cambio.

The final pitching category looked at is control, and like Mark Smith I thought about using a combination of metrics before settling on just good-old-fashioned walk rate. If we are only considering starters, the six pitchers selected here represent some of the best walk rates of the past few seasons, showing yet again that the managers intuitively did a good job of agreeing with the numbers. If we decided to include relievers, which I would have done, I would have replaced Iwakuma with Koji Uehara or even the immortal Mariano Rivera, both of whom are 70-grade walk rate pitchers.

Lastly, for fun I wanted to quickly look at the Managers that were rated the best by their peers. I did not go back and actually assign grades, but rather I looked at the winning percentage and expected winning percentage for each team so far this season. And once again the Managers did a pretty good job of selecting top-skippers, that is if you believe that outperforming your Pythagorean winning percentage is a good measure of managerial success. Only Jim Leyland's Tigers have not overachieved, and he gets a pass for being in the World Series just last season.

So there you have it, some grades for the tools that managers say are the best in the game. Trust me when I say that this is an imperfect measure, and going forward we will have some more work on scouting big league players, but for now I hope this adds some value and context to a terrific column that BA runs every year. If nothing else, it gives another chance to marvel at just how great players like Mike Trout, Miguel Cabrera, Matt Harvey, and Craig Kimbrel really are, even when compared to the top talents in Major League Baseball.