Alex Rios traded to the Rangers: Why did each team make this move?

Share All sharing options for: Alex Rios traded to the Rangers: Why did each team make this move?

The new news of the day is that Alex Rios has been dealt from the Chicago White Sox to the Texas Rangers. Going back the other way ... well ... we're not sure yet. It might be utility guy Leury Garcia, it might be a PTBNL, it might be for a million dollars or so -- but for the second straight season, we've been privileged enough to see a relatively major trade occur after the July 31 deadline. Last year, Alex Rios got MVP votes. This year, he got dealt. It's kind of what happens these days.

Reportedly, Rios was dealt for a player to be named later, as well as the White Sox covering $1 million of his future salary. This kind of makes sense, given that Rios' contract stipulated for a $500,000 bonus for each pending season, if he was dealt. It's a salary situation with Rios -- it's why he made it to the Rangers via revocable waivers, and it's why the Sox wanted to trade him. 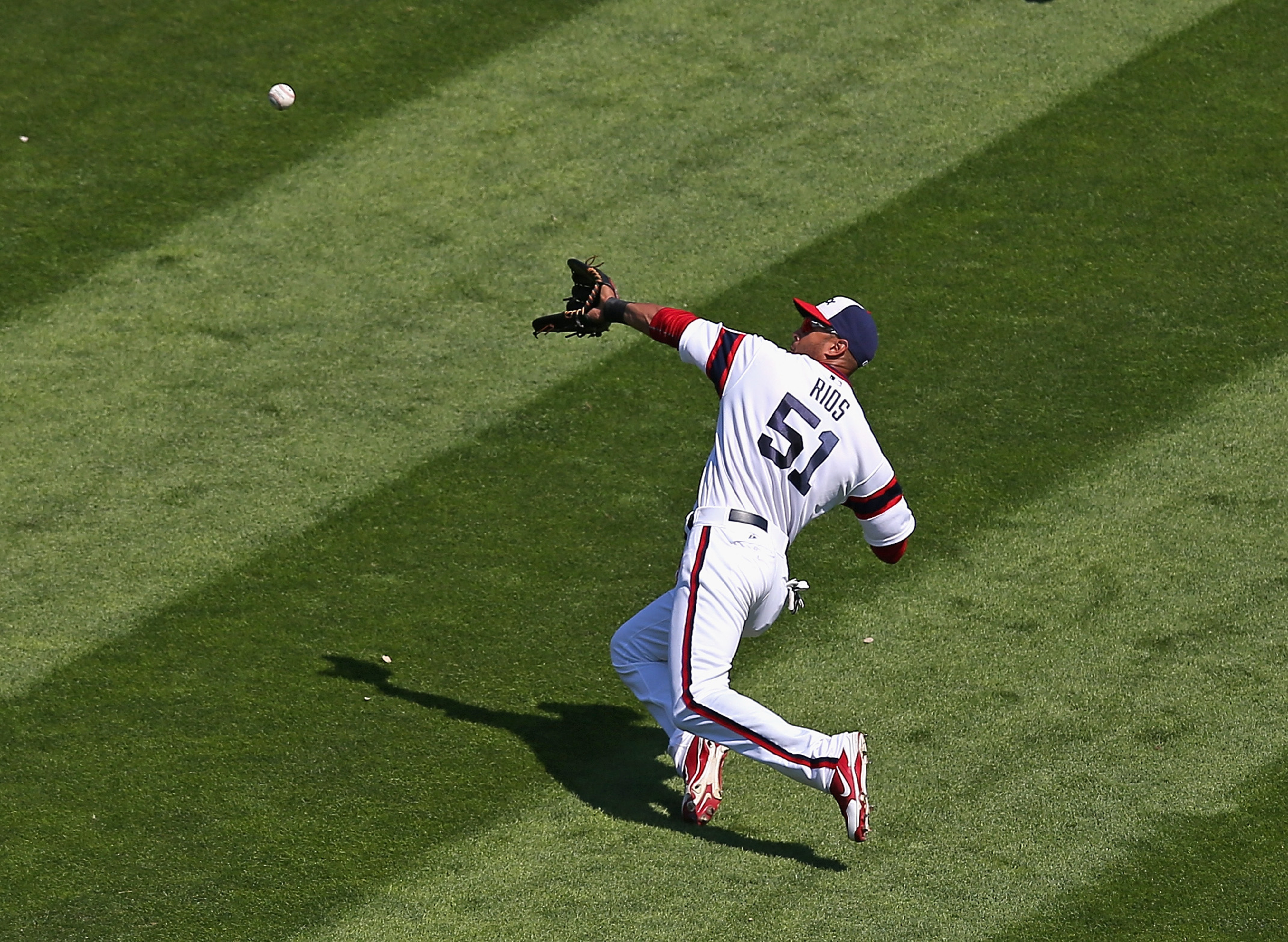 I do understand why the Rangers acquired Rios: with Nelson Cruz' suspension, the team has money to spend, and a hole to fill. Rios has the type of skillset that has proven moderately stable (2011 notwithstanding), and provides consistency while doing several things well. The team could wait until the 2013 offseason to make a move and add an outfielder, but with the prospect of making or missing the playoffs looming, the team gets more value out of a marginal win than, say, they likely would in 2014.

If you ascribe to the fact that Rios is about a two- or three-win player, as I do, then his contract probably pays him close to his market value. He's not a transcendent hitter, he's not one of the elite fielders, and all he seems to do at a definite plus level is run the bases. Yet, for a right fielder who can also play center with no major deficiencies, paying about $5 million per win sounds about right.

Rios has hit for a 102 wRC+ (weighted runs created plus), which is actually about average for a center fielder, but not ideal for a right fielder, and about 2% better than league average. He adds more value than your average bear by playing a good-but-not-great center field and adding mucho value on the basepaths. He both takes the extra base AND can steal at a relatively decent clip. As such, Rios immediately moves into the starting lineup, and improves his team's offense. At the same time, an outfield of Leonys Martin, Craig Gentry, and Alex Rios would probably be the best defensive outfield in baseball.

There is a very real opportunity cost here, though, as the team could have added a player who'd fit the team *very* well in the offseason -- particularly Shin-Soo Choo -- and now likely may not due to one year of Rios' contract. It's a small deal, only a year and change, but if Rios falls off the contract could be a burden -- and there's not a great deal of upside attached. 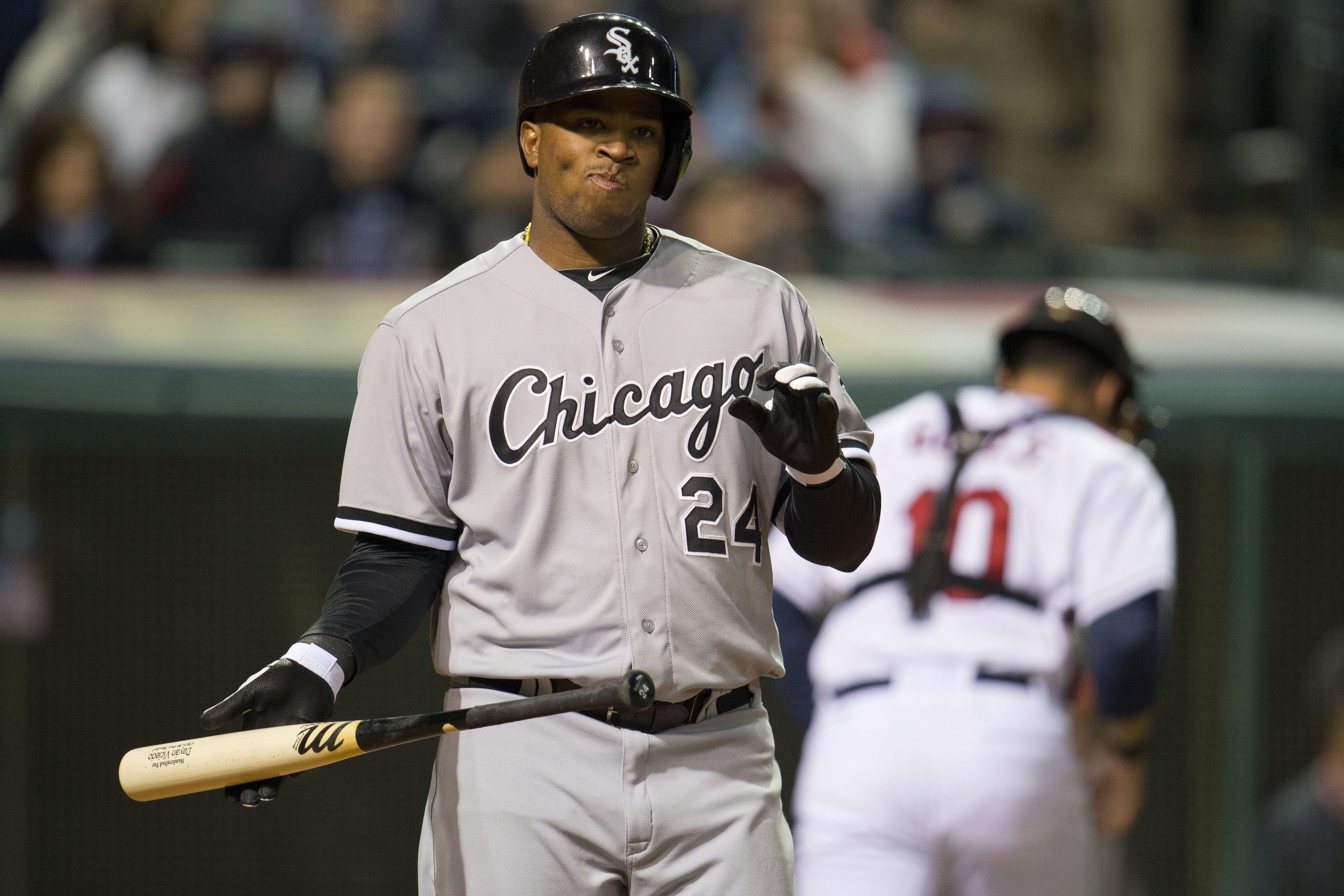 On the White Sox' side, the argument that one could make -- provided that this PTBNL isn't secretly a great prospect -- is that the Sox are saving a substantial chunk of money on this contract. Free from Rios' $12.5 million in 2014, and a buyout for one million dollars in 2015 (or, I suppose, $13.5 million on a club option), that should free up enough cash to go ahead and snag a solid replacement in free agency, right?

Well, yes and no. The types of really good outfielders who can play center field (a likely need for this Sox team) likely to be available in free agency are guys like Jacoby Ellsbury and Shin-Soo Choo. While both players have been kind of out-of-sight this year, and both project to be better players than Rios in the short term, neither is dramatically younger than Rios. Ellsbury is about two and a half years younger, Choo is about one and a half. Ellsbury's an amped-up, younger version of what Rios is ... but he's also a bit more worrisome thanks to his injury history. Choo brings a slightly different skillset, sacrificing speed and defense for a more potent bat and solid on-base percentage. 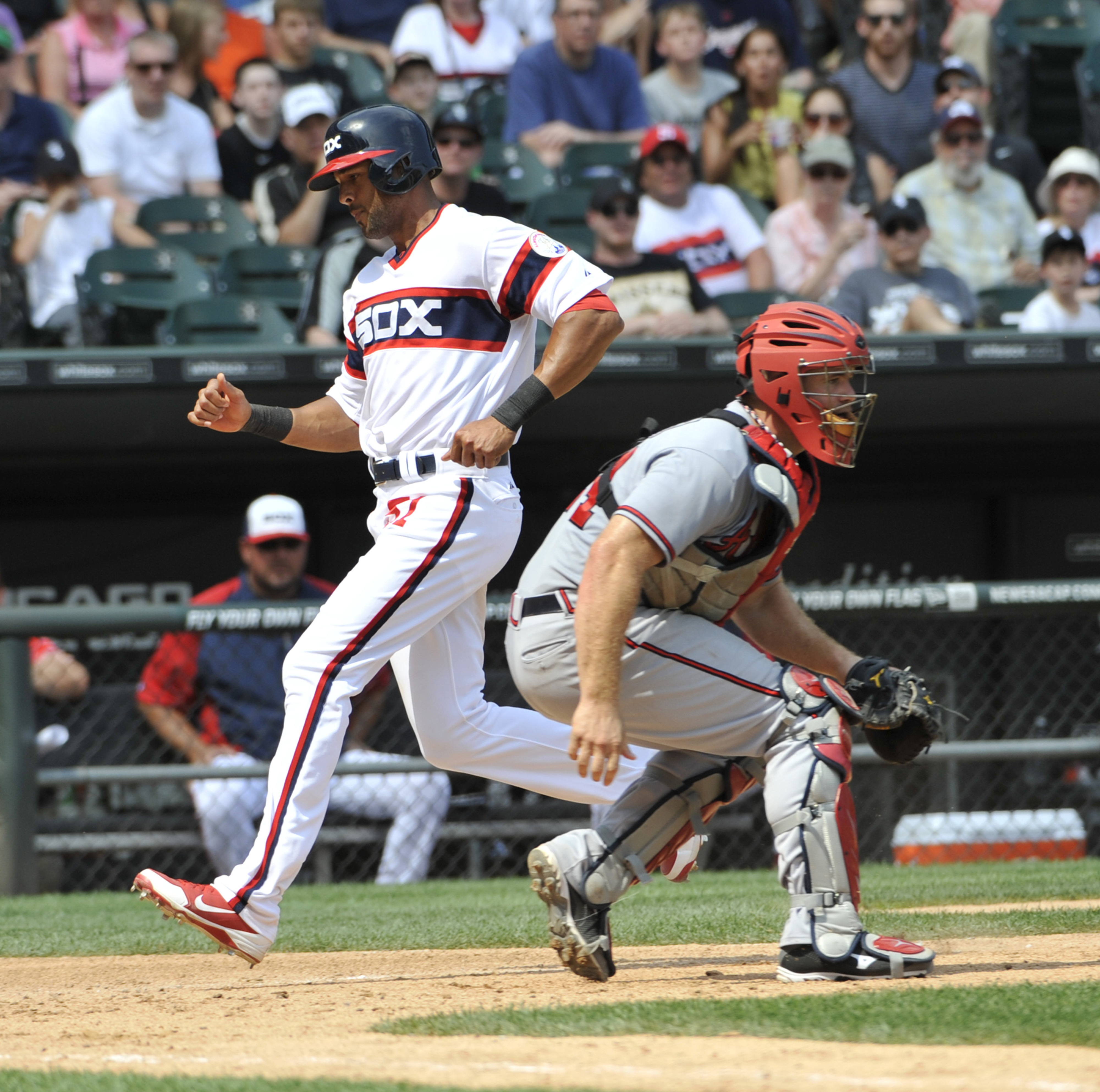 Alex Rios also happens to be one of baseball's most inconsistent players.

The real question is this: how much are the Sox going to have to pay to make that upgrade. This offseason, Michael Bourn pulled in a four-year, $48 million deal, while B.J. Upton got five years and $75 million. Both Choo and Ellsbury could easily surpass those figures in dollar value, if not in length. And both Choo and Ellsbury are, arguably, better players.

If the White Sox are rebuilding, then what exactly are they building towards? Are they going to trade this high-priced contract for a quality center fielder for another, perhaps higher-priced center fielder on a longer deal? With the worst record in the AL Central (we're not talking the AL East here, folks), they're probably not primed to surge next season, or even perhaps the season after, where they'd benefit most from a saucy free-agent contract. No, this is a team in need of longer-term assets -- players with team control at low cost.

It would have better served the White Sox to get something of value for Rios, even if it meant footing more of the bill for Rios' deal -- if that option was available to them. (It certainly may not have been.) And if they did do this simply as a money-saving deal, then okay -- but perhaps they shouldn't reinvest this money in a replacement. Maybe this is cash that needs to go to taking on an onerous salary to get a prospect in return, or invested into more / better team-controlled young players somehow.

Alex Rios was, and is, a productive player on a contract that has and will pay him roughly what he is worth. If the Sox don't need that, that's fine -- let's just hope they're not going to go ahead and get another player just like that. That seems like moving your furniture when the real problem is that the roof is leaking.

All statistics courtesy of FanGraphs and Baseball Prospectus.