In the past few years, the Arizona Diamondbacks have drafted and developed their fair share of top-level pitching prospects. Names like Trevor Bauer, Tyler Skaggs, and now Archie Bradley have all scaled the heights of the Internet’s many Top-100 prospect lists. Indeed, these highly rated arms have portended a bright future for the Diamondbacks, promising a young, homegrown pitching staff that looked destined to lead the organization into the future.

Nevertheless, over the past couple of seasons, Arizona’s most important contributions among its crop of minor league pitchers have come not from these hyped prospects, but rather from under-the-radar lefties in Patrick Corbin and Wade Miley. Both impressed during their full-season debuts, and both look likely to continue their success into the future. Moreover, the two southpaws have excelled with similar approaches, often burying left-handed opponents with sliders and attacking right-handed hitters with a steady diet of changeups.

Last season, Miley came out of nowhere after John Sickels of minorleagueball.com ranked him No. 13 overall in Arizona’s system in the preseason. During a campaign in which he finished runner-up to Bryce Harper for the National League’s Rookie of the Year Award, Miley posted an 80 ERA-, a 3.15 FIP, and 4.5 WAR in 194.2 innings pitched. After a bumpy May this season, the 26-year-old has recovered, compiling a 2.34 ERA and a .716 OPS against over 77 innings since the start of June.

Miley doesn’t possess an overwhelming arsenal, but he excels through strong control (6.6% career walk rate) and two solid secondary offerings in his slider and changeup. This season, Miley has attacked left-handed hitters with his slider, throwing the pitch 27% of the time against lefties, while achieving a 35.1% whiff/swing percentage in the process. The offering has yielded a .191 batting average against, which represents the best mark among his repertoire of pitches.

The left-hander takes a similar approach against righties, utilizing his changeup’s movement down and away from right-handers to induce weak contact. Although he hardly throws the pitch to lefties (just 1% of the time), that number increases to 16% against opposite-handed hitters, which has helped Miley hold righties to a .245/.319/.412 line in 2013. 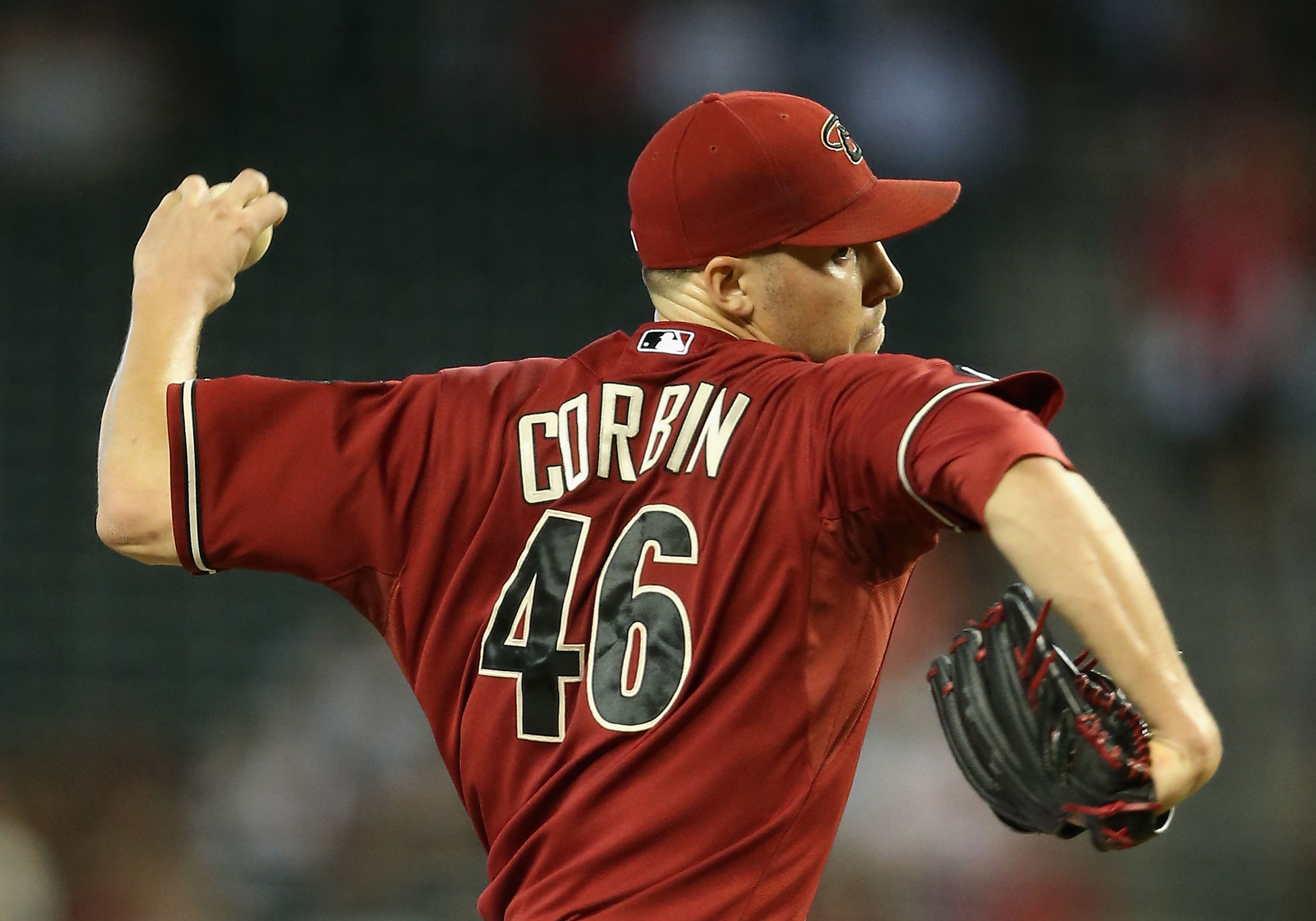 Compared with his teammate Miley, Corbin’s 2013 has arguably been even more impressive than Miley’s rookie campaign. The 24-year-old has a ridiculous 59 ERA- (third in MLB), a 3.07 FIP, and has amassed 3.3 WAR in 150.1 innings pitched. Over the past couple seasons, the southpaw’s fastball velocity has increased noticeably, with his 92.8-mph average this year representing a 1.5-mph uptick from his 2012 average.

Like Miley, Corbin uses a strong amount of changeups against right-handed batters, and his slider has been one of the most dominant pitches in baseball in 2013. Throwing the pitch 21.8% of the time (and 30.1% against lefties), Corbin’s slider has generated the highest whiff/swing percentage (54.7%) of any starting pitcher’s slider this season. In addition, the offering’s .099 batting average against is the fourth-lowest mark of any individual pitch among major league starters.

Although his .253 BABIP and 82.1% LOB% are signs of impending regression, Corbin’s increased fastball velocity and wipeout slider have fueled his tremendous 2013 campaign.

What the emergence of Miley and Corbin has done is given Arizona far more flexibility. Knowing that they have two starters who have proven they can succeed at the major league level, the Diamondbacks have been aggressive in the trade market, dealing Bauer and Ian Kennedy in the past calendar year. Sure, you can argue about the quality of what they got in return for these two players, but either way, Arizona has been able to deal from a position of strength thanks to their two young southpaws.

Add in the continued development of Archie Bradley, who has become one of the best prospects in baseball, and the Diamondbacks pitching staff continues to possess a great deal of future promise.