Not long after making a deal for David Freese, the Angels continued the hope that acting like a playoff contender will increase their chances of returning to the postseason for the first time since 2009.

In the wake of the Prince Fielder/Ian Kinsler trade, several teams have made moves, trades and signings, that have not garnered as much attention. The Yankees signed free agent catcher Brian McCann, the Angels traded outfielder Peter Borjous to the Cardinals for David Freese, the Indians signed outfielder David Murphy, and the Angels signed free agent reliever Joe Smith. In addition, the Mets, Padres, Red Sox, Cardinals (again), and Royals all acquired players via free agency or trade.

In this piece I will focus on a more subdued transaction, the Angels' acquisition of Joe Smith. Beginning in Southern California, former Mets, and most recently, Indians reliever Joe Smith signed a contract with the Angels for three years and just under $16 million. Smith, now 29-years-old, spent the last five seasons with the tribe. He compiled 271 innings pitched over those five seasons, an average of just over 54 innings per season. He reached 60 innings in each of his last three seasons, showing durability, dependability, and a trustworthy presence in the later innings.

Smith profiles as a sidearm throwing righty who's sizeable platoon splits give him value, but more so as a specialist out of the bullpen. He induces ground balls at a good rate, given his 57.2% ground ball percentage, doesn't strike out many hitters, and isn't overtly wild. Smith's sidearm angle gives hitters, especially right-handed batters a tough look at the ball. Thus, Smith throws only two pitches, a fastball and slider, although he does shift between a two-seamer and four-seamer, the latter coming in a bit faster and with more precision. 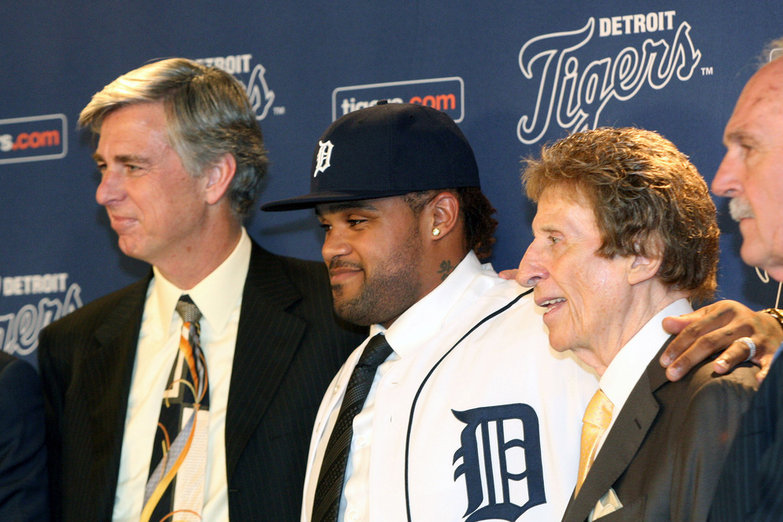 Neil dissects the Fielder for Kinsler trade, the one no one saw coming

Smith earned $3.15 million last year in his final season of arbitration, and based on the contract he just signed with the Angels, his AAV will jump to $5.25 million, a 40% increase in annual salary. Smith has never had "closer" experience, and won't be asked to perform the ninth inning duties in LA, where GM Jerry Dipoto has fully endorsed Ernesto Frieri as the team's 2014 closer. Smith, and newly acquired righty reliever Fernando Salas, join a middle relief staff that includes Dane De La Rosa, recovering Sean Burnett, Kevin Jepsen, and Michael Kohn, and the aforementioned Frieri. The Angels continue to make moves that signify a "win now" mentality, having acquired Albert Pujols, Josh Hamilton, Tommy Hanson, David Freese, and now Joe Smith in recent seasons. While smith's deal will pay him an AAV between five and six million dollars a season, which represents somewhere in the neighborhood of one win per year, this deal doesn't break the bank in any way. The Angels now have a proven right-handed reliever at a reasonable cost. Multi-year deals given to relief pitchers haven't gone so well recently, whether we examine only closers or open the pool up to any reliever.

Whether this deal pays off for the Angels, we'll have to see, but from a grand scale, if the Angels contend for the playoffs in the next two seasons, Smith will most likely contribute to that effort in a positive manner, but if the Angels continue to middle in mediocrity, Smith will seem as a luxury they can afford but don't especially need. With or without Smith, the Angels bullpen remains a question mark for 2014, more so than the usual variation seen from MLB relief staffs. Since 2011, no pitcher currently in the Halos bullpen has been worth on average 1 win per season. Nonetheless, both Frieri and Smith have put up solid RE24 numbers since 2011, and all but Kohn have put up FIP numbers below 3.75 since 2011.

The Angels' bullpen has the feel of an 81 win team, a .500 club, but by not spending exorbitantly in making upgrades in the bullpen and at third base, Dipoto has given himself a better chance to acquire a much-needed starting pitcher. This move feels similar to last offseason when the Phillies signed Mike Adams to a two-year $12 million deal, and like that signing, would look better had a more promising team made a similar move. Interestingly, the Red Sox recently acquired a right-handed ground ball specialist in Burke Badenhop from the Brewers in exchange for a minor prospect. Since 2008 Badenhop and Smith profile as almost identical pitchers with similar WAR/inning, ground ball percentage, and FIP numbers. Badenhop is a younger and cheaper model who returns similar results, with the only glaring difference being that the Red Sox will control Badenhop for only one guaranteed season while the Angels now have the rights to Smith for three. This deal favors Smith given the security of the deal, and if the Angels right the ship, it would favor them too. Unfortunately for Halo's fans, like everything other than Mike Trout, everything remains incredibly uncertain.