A look at the newest member of the San Diego Padres, Josh Johnson

On Wednesday, it was reported that Josh Johnson reached a one-year, $8 million deal with the San Diego Padres. If he fails to start more than seven games, the Padres will have a $4 million dollar team option that they can either accept or decline. Johnson can earn an additional $1.25 million if he makes 26 starts or more during the season. If, and at this point it's a fairly big if, Josh Johnson can stay healthy.

However way you look at it, 2013 was essentially a lost season for Johnson. He only made 16 starts, and for the most part he was not very good. His 4.62 FIP was a career worst, but his strikeout and walk rates actually lined up with his career averages. The biggest issue, by far, was the amount of home runs that Johnson gave up. Career wise, Johnson has a home run/flyball rate of just over 8%. In 2013 that number skyrocketed all the way up 18.5%, a number that was easily a career worst.

In terms of pitch outcomes, there wasn't a lot that changed. Johnson still did an above average job at getting swing and messes with the majority of his pitches. The following chart is from Brooks Baseball.

Looking at this numbers, there are actually a few positives. Johnson was getting more swing and misses on his curveball than a year ago, as well as with his fastball. There's no need to be concerned about the slider, it didn't even have a one percent change. And he saw his changeup get back to normal levels, after experiencing a dip in 2012. All in all, Johnson really had no problem missing bats.

Another good sign is the fact that Johnson didn't seem to face any velocity problems in 2013. Throughout his career, Johnson's fastball sits around 93 MPH, and in 2013 that was no different. Johnson dealt with tricep and forearm issues throughout the season, so that's definitely a positive. 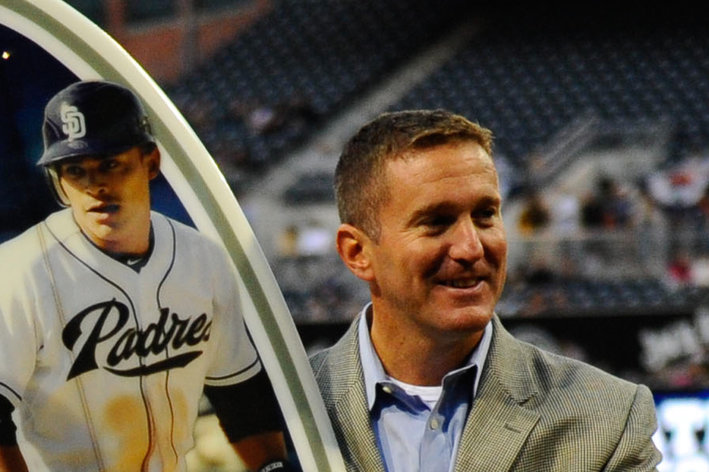 Gaslamp Ball posted some details from a recent interview with Padres' GM Josh Byrnes where he discussed the team's pursuit of Josh Johnson and more.

Petco is about as perfect of a fit as there is for Johnson. According to Stat Corner, the park factors for home runs for left-handed hitters, and right handed hitters are 94 and 87 respectively. If Johnson is able to reduce his home run/flyball rate, and maintain his high strikeouts and low walks, it wouldn't be outrageous to expect a FIP in the 3.5-3.6 range. Johnson is talented enough to do even better, but health will play a key role.

The Padres are only paying Johnson $8 milllion, so it isn't a huge risk in the end. I think the Padres would be ecstatic if they could get three WAR out of Johnson, with four being a legitimate possibility. The Padres haven't had a solid number one pitcher since Latos got dealt (Feel free to change my mind. Stults had a solid season last season for sure), and Johnson can finally give them some stability at the top of the rotation. He's also someone that could get dealt in July. I guess we'll just have to wait and see.

All statistics courtesy of FanGraphs, Stat Corner and Brooks Baseball.

Alex Kienholz is an Editor at Beyond the Box Score. You can follow him on Twitter at @Alex_Kienholz .