The Cardinals made a big move, dealing long-time third baseman David Freese to the Angels for an outfielder of mercurial performance: Peter Bourjos. How does adding an injury-prone, performance-varying outfielder make the Cardinals less risky for 2014?

Share All sharing options for: Cardinals trade for Peter Bourjos, limit their risk

On a recent episode of Beyond the Box Score's The Shift, we talked a bit about the rumors that David Freese would be leaving St. Louis. It just made too much sense for the reigning National League champions to leverage their depth of positional talent in order to add a piece elsewhere.

On Friday, the Cardinals pulled the trigger on a deal to move David Freese to a team in serious need of a third baseman: the Los Angeles Angels of Anaheim.* Along with Freese, the Angels are receiving reliever Fernando Salas. In return, the Angels must relinquish outfielder Peter Bourjos and minor-league outfield prospect Randal Grichuk.

* - This is, by far, the worst name of any "Big Four" professional sports franchise. The only one that's close is the Golden State Warriors.

I'm not going to bury the lede here: I think that this is actually a pretty decent trade for both teams. The Angels are committed to winning immediately, and while they need to add starting pitching, third base was a hole, and now it's not. Bourjos was a bit redundant with Mike Trout in the fold, and J.B. Shuck. Their team might be better next year, even though I think Freese (career BABIP of .347, entering his age-31 season) is due to start his decline phase.

In return, I think the Cardinals "won" the deal on talent ... that Grichuk is slightly more talented than Salas, and that Bourjos is quite a bit more talented than Freese. In a vacuum, this might be considered a "fleecing" or if Freese slows his decline or Salas rocks it relief, it could well be a pretty even deal.

But the Cardinals' side is more interesting to me -- especially from the roster construction perspective. And maybe that's just because they're a better team than the Angels. See, the Redbirds dealt from a position of strength, like the Angels. But instead of reinforcing a position of weakness, they reinforced a position of "okayness." 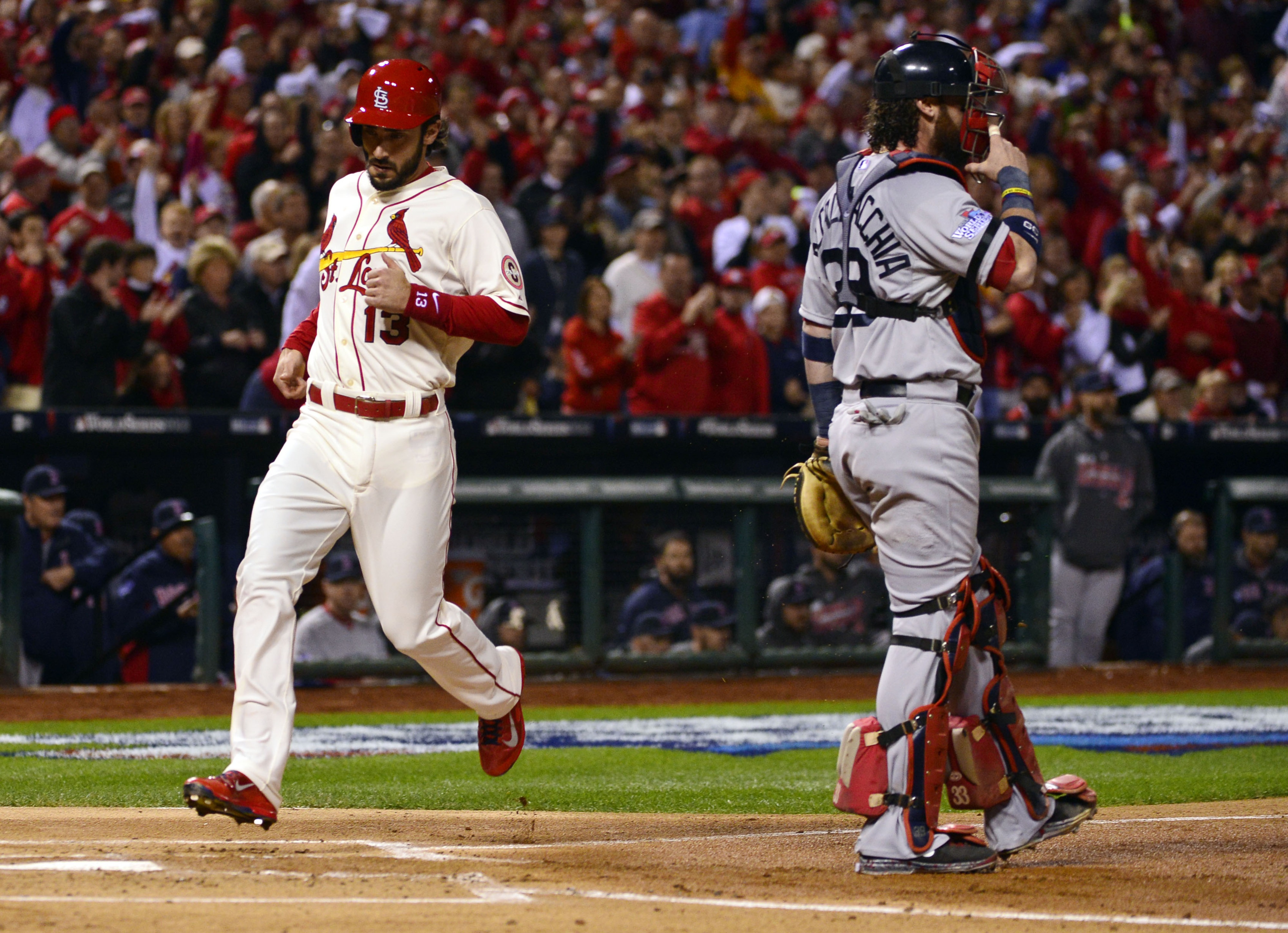 Roster construction is the name of the game here, though. The Cardinals -- and please don't hate me for saying this -- played "over their heads" last year. Not only was the team about as good with runners in scoring position (138 wRC+ ... or about 38% better than league average), but it's probably unfair to expect an MVP-caliber season from Matt Carpenter. Carpenter's a very talented hitter, but he's probably not a seven-win "true talent" player. Expecting that kind of performance as "normal" going forward is more than a little unrealistic.

Carpenter adapted well to second base last year, but he's a more natural third baseman. The Freese move allows him to shift to third, and allows prospect Kolten Wong to take on second base duties. The Steamer projections, as hosted on FanGraphs, aren't bullish on Wong's defense, but give him credit as a league-average hitter at the pivot. I agree with the hitting profile: nothing phenomenal, but a league-average bat at the highest level. But I believe his defense will play up to the level where he's closer to a two-win player.

So where else can the Cardinals upgrade? 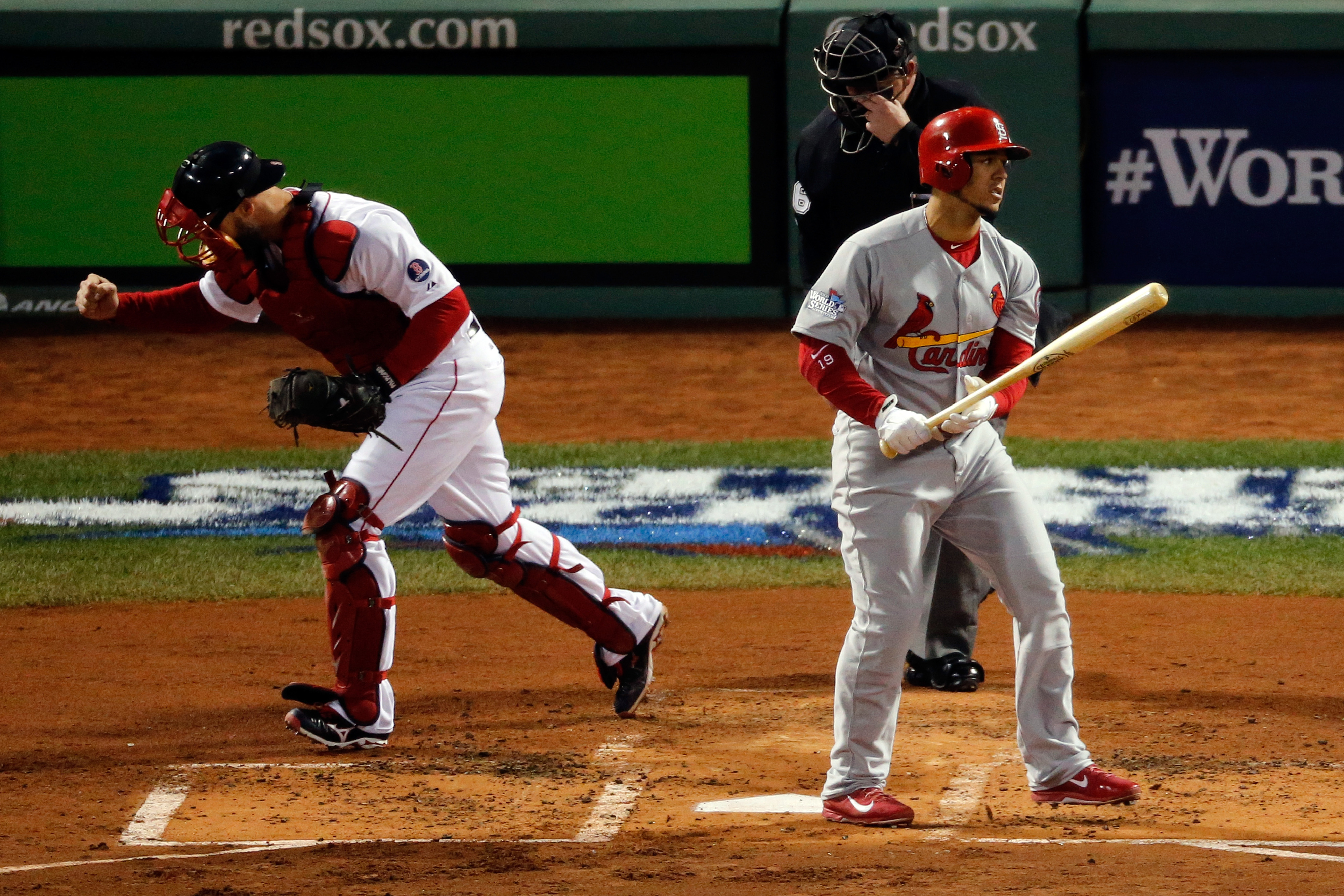 Jon Jay had a poor season in 2013. Somehow, the incumbent Cards centerfielder diminished in every aspect of his game from 2012 ... and in 2012 Jay only played in 117 games. His defense (by advanced metrics, for what they're worth) went from above-average to below-average. His baserunning went from asset to neutral. And his bat went from 15-17% above league average, where it had resided for the past three years, to barely above league-average (about 4%, according to wRC+). And, has been the case his entire career, Jay struggled against left-handed pitching -- posting a .220/.306/.314 slash line.

Peter Bourjos should -- and I emphasize should -- give a team two wins every season, just based on his defense. He's got more UZR/150 than anyone else who plays center field over the past two seasons. He runs like a deer -- which also translates on the basepaths -- and he has the potential to hit, too. He's always been an above-average hitter in the minors, and about average in the bigs.

He also hit for more power -- over his career, on a rate basis -- than David Freese. Quoting a Tweet from David Cameron:

The question with Bourjos is always health. He's had a nagging hip issue, and his injury woes may be something that always keep him from being a full-time player. After all, he's not cracked 400 plate appearances over the last two seasons combined. But if he *can* play, he's likely to play at a higher level than a player like Freese, and at a much more critical position.

What does all of this mean? I think it means that the Cardinals are much deeper in their outfield. If Oscar Taveras replaces Carlos Beltran (who despite a healthy bat, gave back a lot of runs on defense), the Cardinals roll out a high-upside outfield of Taveras, Bourjos, and Holliday ... but they hold back Jon Jay as one of the best fourth outfielders / righty-mashing bench bats they could find. And with Holliday (age), Bourjos (injury) and Taveras (youth) all having small question marks, adding a legitimate outfield guy who can start as a fourth guy in place of Shane Robinson or Adron Chambers is a real coup.

Think of this deal holistically, rather than the sum of it's parts. Don't think of this deal as Peter Bourjos replacing David Freese for the Cardinals. Think of it as Bourjos replacing Jon Jay, of Kolten Wong replacing David Freese and Jon Jay replacing Shane Robinson. That combination actually might help mitigate an inevitable a seemingly inevitable loss in value facing Matt Carpenter, and it will add enough outfield depth to help the team in case of an injury in the outfield.

Teams like the Cardinals seem to understand the value in consistent improvement, and they also make moves with care. Depth is obviously important to a team like this, which develops consistently from within. This is the type of move that keeps the Cardinals as a World Series front-runner for 2014, even if they don't get another miracle at second base. They're a shortstop away from being the best team in the NL on paper, if you ask me.