Our trek through the NL West continues.

Last week, we started in the cold Rocky Mountains of Colorado and traveled west to the bay of San Francisco. Today, we'll make our way back through the desert of Arizona and try to make sense of this team. Disappointed with a NFL playoff loss, no doubt, Phoenix now looks to the Diamondbacks for inspiration. How will they hold up?

This week, we have Jim McLennan of the AZ SnakePit to help us answer that. His comments on each projected player follow the DiamondView. 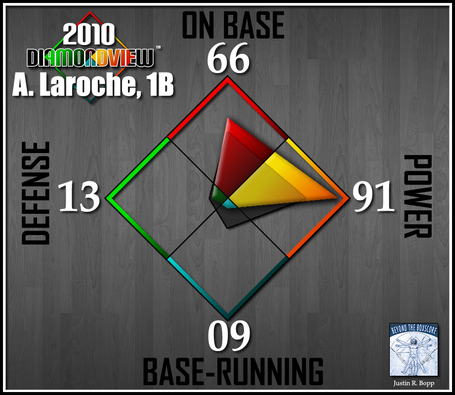 Perhaps the most important acquisition of the off-season for Arizona, since 1B was a major black-hole last year. LaRoche should provide much better output, and also improve the defense, while giving Brandon Allen more time to develop in Triple-A. 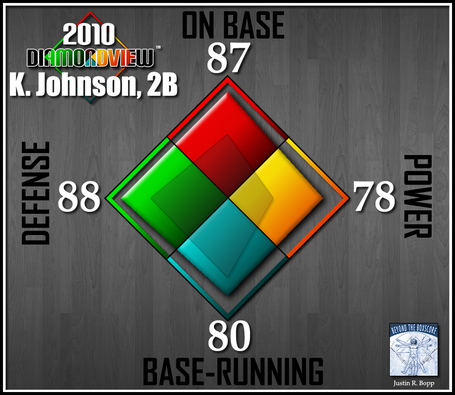 Like LaRoche, another ex-Brave, this arrival was something of a surprise, with the team having decent alternatives, in Tony Abreu and Ryan Roberts. Arizona will be looking for Johnson to return to the form he showed in 2007-08, after a disappointing 2009 which resulted in him being non-tendered by Atlanta. 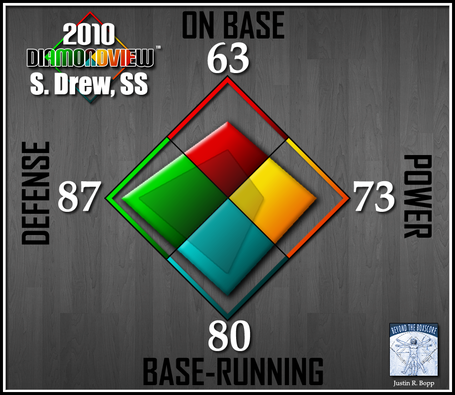 Once mooted as a #1 draft pick, Drew has only sporadically shown that quality of play. After a strong finish to 2008, great things were hoped for, but Drew dropped back to being an average shortstop offensively, though his defense did improve. 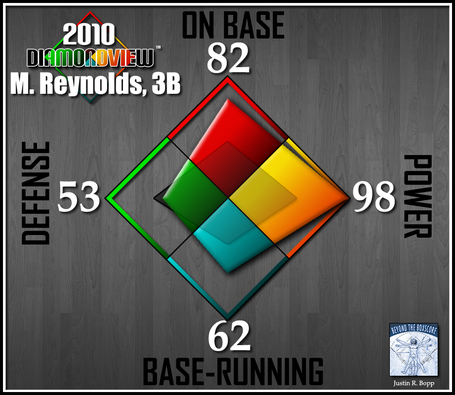 Mark turned into one of the league's top sluggers, delivering some majestic blasts. Admittedly, this came along with another single-season strikeout record, and it seems reasonable to expect him to continue to live up to his nickname of 'Special K' - because his at-bats are either special, or they're K's. 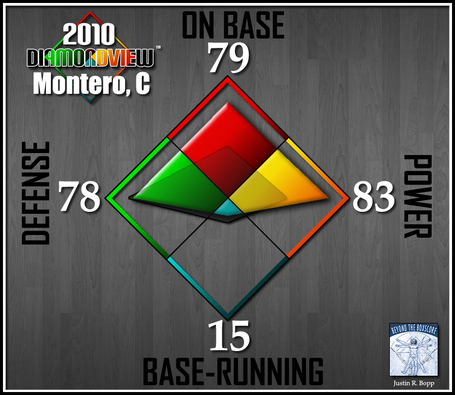 Montero took over as the everyday catcher in 2009, as the result of his sterling offense after Chris Snyder went onto the DL. He became one of the best-hitting catchers in the league, though his defense is still very much a work in progress. 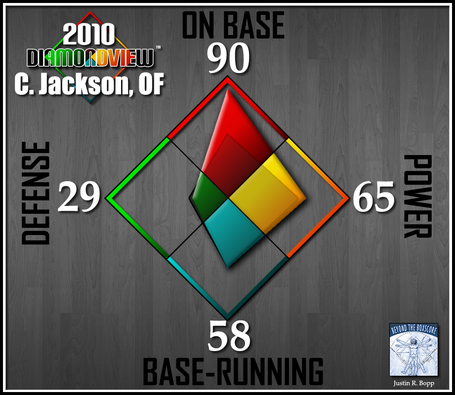 Jackson missed almost all of 2009, coming down with valley fever, a chronic, fungal lung disease that ended up turning into pneumonia. His recovery to full health is a crucial part of Arizona's 2009 chances: early returns from his stint in the Dominican Winter League were promising. 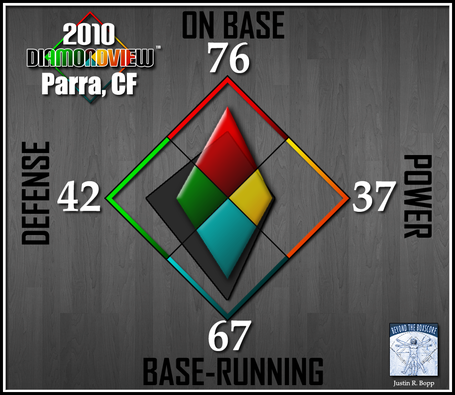 Young's struggles continued last year, culminating in a demotion to Triple-A. He was notably better after returning, but Arizona fans won't believe that until they see it sustained for more than a few weeks. Otherwise, Gerardo Parra may end up taking over from Young before the end of the season.* 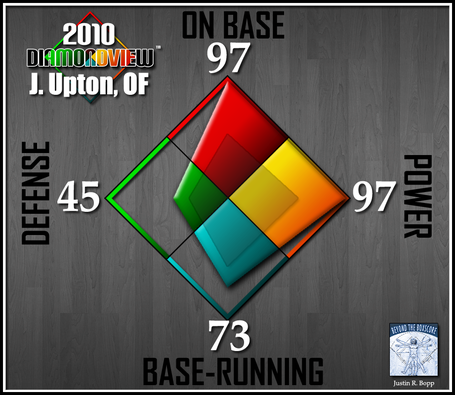 Arizona's 21-year old All-Star returns, and nothing less than another All-Star caliber season is anticipated. If he could cut down on his MLB outfield-leading dozen errors, that'd be nice, but as long as he hits .300 with approaching thirty home-runs, we'll cope with the occasional bobble. 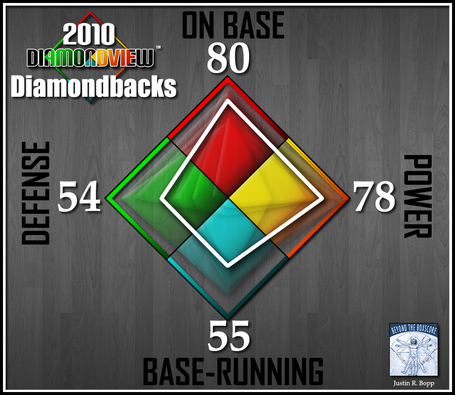 If you're keeping score at home, this starting projection (even with Chris Young not making the cut) looks to be significantly better than San Francisco's, but just a snakeskin behind Colorado's and in fact looks similar to the Dodger's (still forthcoming). - justin

Please give a big thanks to Jim of AZ Snakepit, who has a great interview about rating manager effectiveness with Chris Jaffe of The Hardball Times up at the site. Check it out.

Up next: San Diego Padres