If you saw the introduction posted yesterday, you know we've taken the DiamondView Composite Player Evaluation method and improved it to reflect the best suggestions while retaining its appeal as a quickly absorbed method for judging positional talent. If you didn't, now would be the time to familiarize yourself with the changes. The DiamondView method uses CHONE projections to show what each player should look like in 2010 compared to his peers around the league.

In addition to the improvements, I am proud to announce that the DiamondView series will be featuring writers from around SBN's many excellent team pages (where available). Each will be doing his or her part to describe what the DiamondView is showing us and hopefully imparting some deeper perspective. With that in mind, we will make our way through the Major League by focusing on one division at a time, starting with the National League West. Because the last post of the 2009 series was the LA Dodgers, we will come back to them after reviewing the other teams in the division first.

Today, we start with the Colorado Rockies, which finished in 2nd place in 2009 with 92 wins, as they look to continue that success with a strong lineup for 2010. Our guest writer for this edition is Russ Oates of Purple Row, and his thoughts follow each image. 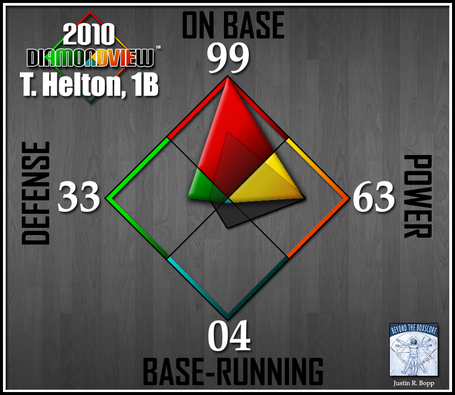 Helton rebounded in 2009 from 2008 season marred by a back injury. Having received more days off in 2009 to protect him from reaggravating his back, 2010 will see the same. Helton should still be good for a high OBP and a home run total in the mid-teens. 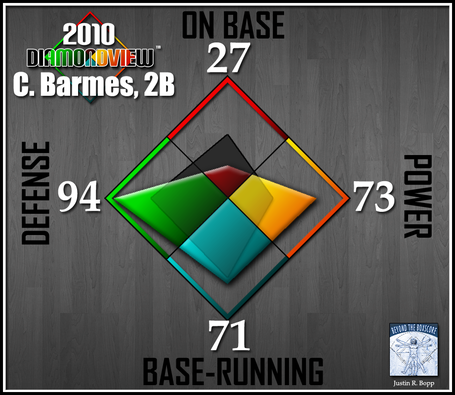 Barmes is free-swinger, but with good defense and the power to hit 20+ homers he should be a decent starter this year. 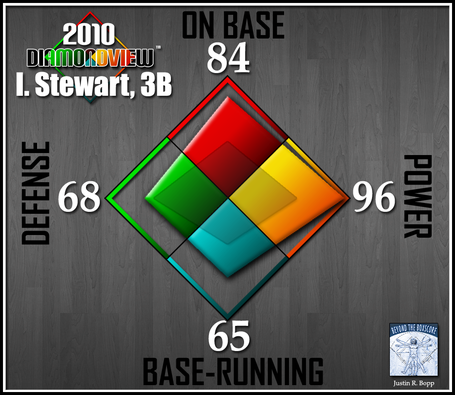 With Garrett Atkins out of the way, Ian Stewart is the unquestioned starter at third base. However, he was a streaky player in 2009. In order to be more effective in 2010 he'll need to raise his line drive percentage from a low 14.1% in 2009. 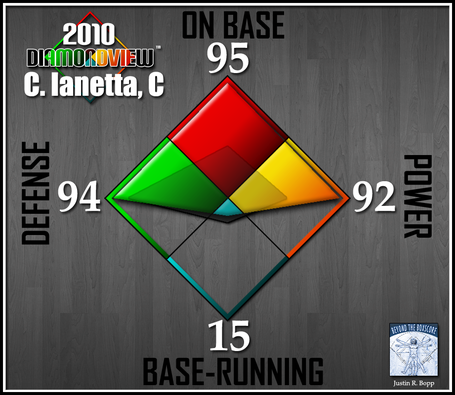 Despite losing the starting job for the Rockies down the final stretch of the '09 season to Yorvit Torrealba, Iannetta enters training camp as the starting catcher with Miguel Olivo as his backup. His down season can be attributed to a low BABIP (.253), but it's his ability to get on base and to handle a pitching staff that make him valuable. 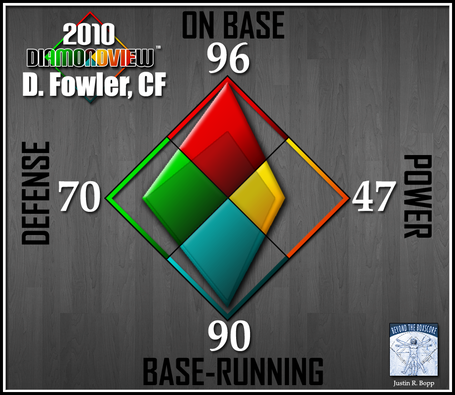 Fowler has all the tools to be a great all-around player in the majors, but he has ways to go. The power should come with time. He'll need to work on reducing his strikeout rate, but Fowler should steadily work things out over the year. 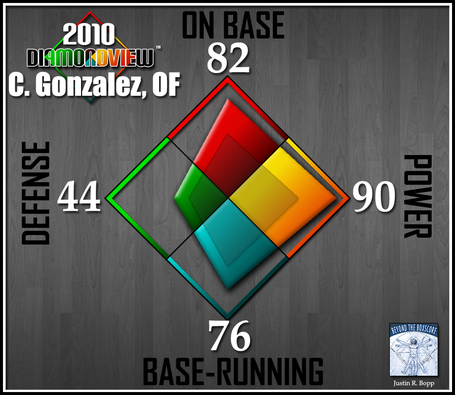 Gonzalez may just be on the way to becoming a star with his speed, defense, and potential power. Learning to take a few more pitches will help him immensely. 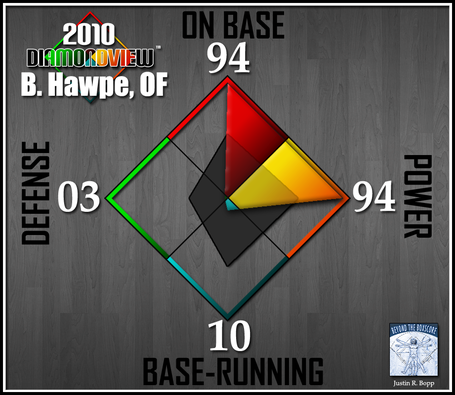 The past year was a tale of two seasons for Hawpe. He had an All-Star first half, but fell apart in the second. His power disappeared and his defense continued to deteriorate. Having a good arm doesn't help if you don't know how to use it effectively. 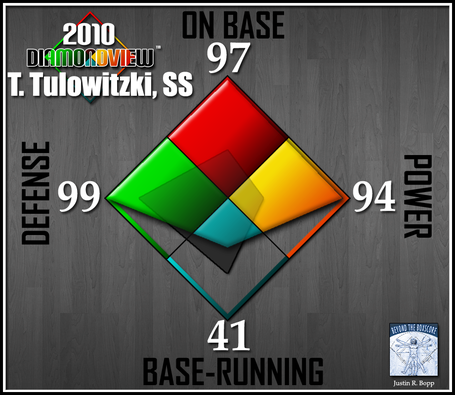 Perhaps the best young shortstop in the game, Tulowtizki recovered from a slow start to the 2009 season to finish the season with 30+ homers and 20 steals. Throw in his excellent defense and you have the cornerstone of a franchise. Avoiding another early season slump will be a key to helping the Rockies jump out of the gate this year. 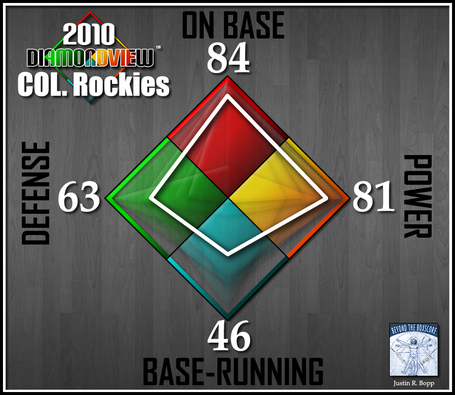 The Rockies appear to be a slower team with some excellent young pieces in place for the 2010 season. With few obvious holes in the outfield, an excellent on-base effort, and a solid slugging ability (a little Rocky Mountain High doesn't hurt, no matter how much they humidify the ball), this team should expect success if their rotation can go toe-to-toe with the competition.

Note: Colorado ranks first in the division for every DiamondView category except for base-running for these projections. Stay with us to see how they compare to their rivals in the West. - Justin

Up next: San Francisco Giants

Thanks again for the contributions from Russ Oates of Purple Row. If you're not a regular reader, check out their site, they run a good show, have a great community, and just landed an absolutely fantastic interview with fan favorite Clint Barmes.