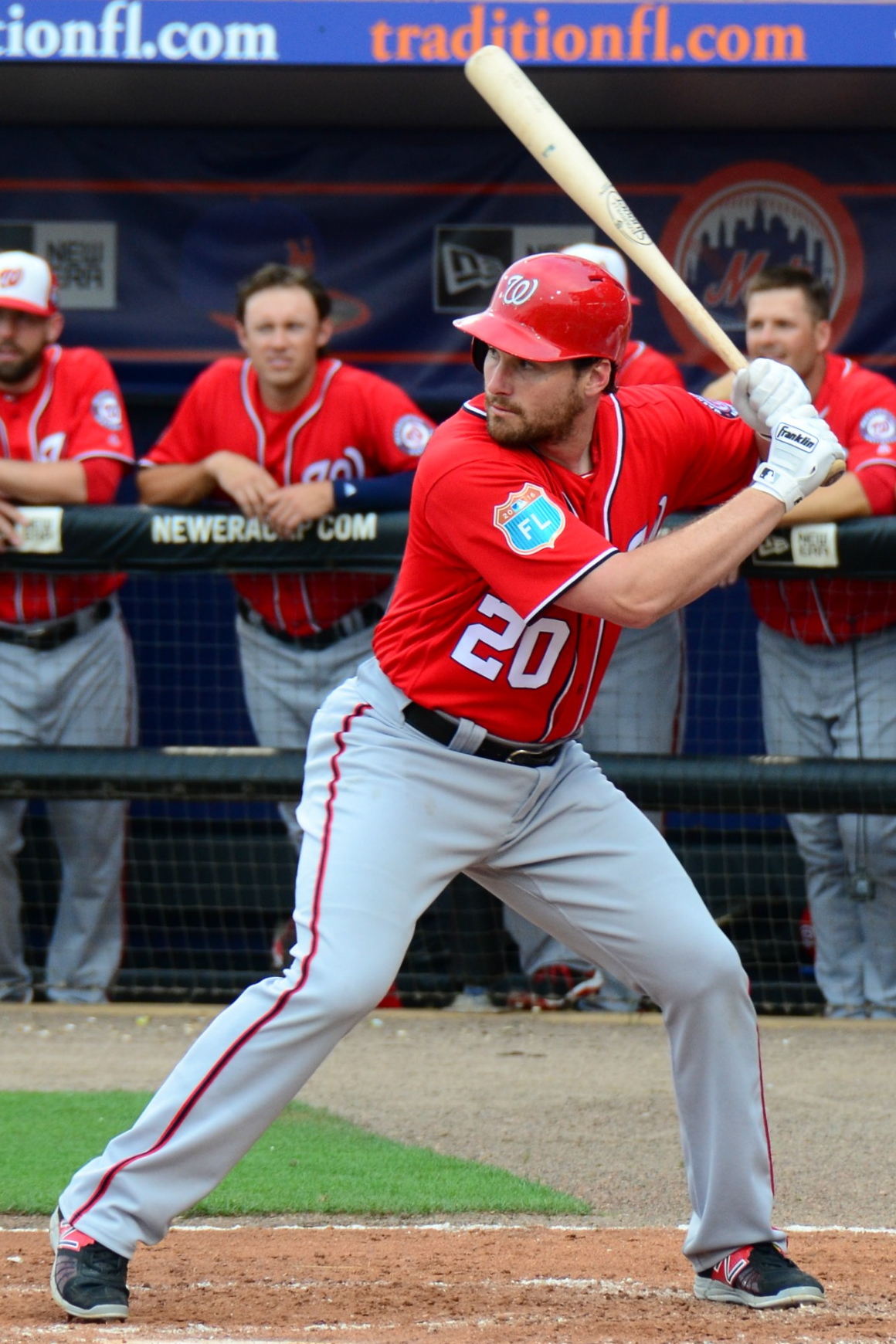 For the last few seasons of the launch angle revolution, baseball has been blessed with a new wave of home run hitters. These players, who demonstrated little to no power before these dramatic changes, all seem to be surprising and miraculous finds, and a swing change is always the explanation used to justify these new results. But what is the prerequisite for this change? Are there certain predictable characteristics one can look at to find players with a high potential for a swing change that could bring wildly different results. In an attempt at finding answers, I put on my (imaginary) Sherlock Holmes attire, sat down with a piping hot Peppermint Mocha latte, and got to work.

Any statistic that quantifies the ability of a hitter to consistently hit for power and average matters to determining whether or not a swing change has worked and should begin to show itself soon. I prove this through a deep dive into the stats of a few swing change hitters that were greatly publicized in the media. Basically, hitters with good contact skills can become great power hitters and maintain their contact skills, if they start hitting the ball harder. And they can accomplish this by sitting on and consequently punishing fastballs.

I decided to start back where it all began, with two former New York Mets who have dominated the playoffs for years now: Daniel Murphy and Justin Turner. While they may not be the literal first players to go from zeros to heroes, they are two of the most dramatic and most popular, and thus a make for great jumping off points. For both of these players, I looked for individual trends.

Background: Daniel Murphy was a plus-speed and above-average contact hitter from 2011 to 2014. His highest ISO during this stretch was .129, with was paired with a 13 homer season in which he slugged .415. Murphy generally did not hit double digit home runs in a season, as it was only his second time doing so in his career (12 in 2009).

The first modest jump came in 2015, when Murphy’s Isolated Power, ISO, jumped from a three-year average of .118 to .168. This .06 jump in ISO was coupled with a jump in SLG from a three-year average of .407 to .449 and a drop in strikeout rate from a three-year average of 13.5% to 7.1%. Murphy’s wRC+, WOBA, and home run totals, other indicators of increased power output, did not waver. But the change in Isolated Power and Slugging Percentage, coupled with a dip in strikeout percentage meant a notable change had occurred. But his results on the field did not manifest this change. At least not until the postseason. In 2015, Daniel Murphy carried the New York Mets on his shoulders, leading them to a National League title, as he blasted a whopping 7 home runs in 14 postseason games with an ISO of .397. Teams took notice of his postseason, and the Washington Nationals took the chance, dropping $37.5 million over three years on the aging second basemen. And he more than paid off. In 2016 and 2017, Murphy spiked once again, this time even more dramatically. Over his 1175 ABs with the Nationals over his two years in DC, Murphy averaged 24 home runs, an 11.2% walk rate, a .235 ISO and a 144.5 wRC+.

All in all, one can reasonably conclude that Murphy figured something out in 2015, and built on this in 2016 and 2017, after seeing the fruits of his labor in 2015’s postseason based on his BABIP, ISO and HR/FB changes.

Background: Over 886 PAs across the 2011, 2012 and 2013 seasons with the New York Mets, Justin Turner was a high BABIP player who had little to no power, with his highest ISO being .125 in 2012’s 185 PA season. His wRC+ never eclipsed 100 during any of these three partial seasons, and he never had hit more than 4 home runs in a major league season.

The first change came when Turner was picked up by the Los Angeles Dodgers. In his first season in LA, in 2014, Turner popped 7 home runs, with a .153 ISO. This change was capped off with a .340 batting average, though it was driven by a .400 BABIP. To look into the changes more deeply, one should look into the batted ball data. His three-year average HR/FB rate prior to this season was only 4.1%, while his rate in the 2014 season jumped up to 10.8%. But this was a small sample size, and the season could have been explained as a fluke of BABIP-driven success. Turner did not change his groundball, flyball or line drive rates in any significant way, and his medium and hard contact rates did not seem to increase either. The bumps in the batted ball data, beyond home run to flyball rate, would come in the following seasons. From 2015 to 2018, Turner would go on to become one of baseball’s most dominant hitters. Turner’s 2011-2014 numbers were all greatly improved upon. In these last four seasons in 2030 PAs, Turner smacked 78 home runs, added about 2% to his walk rate, while maintaining his 2014 ISO of around .200. In terms of the batted ball data, Turner’s groundball rate dropped from 2014’s 48.7% to an average of 33.3% over the last four years, while his flyball rate skyrocketed up to 42.1% from 2014’s 28.0%. Turner’s BABIP over the last four years has been much lower than the outlier 2014 season, but his batting averages have been, in order since 2015, .294, .275, .322 and .312. Turner has become a legitimate power threat while adding to his home run total, and he did this by, like Murphy, learning how to hit harder and hit more fly balls.

So to recap. Turner had been a pedestrian hitter for most of his career. When he got to LA, he saw results in his first season, without the batted ball data reflecting the new results. Then, over the last four seasons, Turner has broken out, hitting for higher averages and hitting for more power than ever before, as his ISO, HR/FB and FB% all rose greatly.

So both Turner and Murphy had seasons before their widely publicized breakouts. In these seasons, not much changed. For Murphy, he had bad luck but improved his peripherals, while Turner saw the results bump before the peripherals did. Both started hitting more fly balls though. And their fly balls started leaving the park more frequently. Beyond fly balls, another even deeper dive into their batted ball data reveals both started hitting one specific pitch much better than ever before in their careers.

So who’s the next Muncy?

Based on everything discussed earlier, players who showed significant jumps in HR/FB rate, hit more fly balls, and hit fastballs better should have a good chance to see an even larger jump in 2019 or 2020. Here are a few hitters that I saw potential for. Now not all of these hitters are late-breakouts like Muncy, Murphy and Turner, but they all have underperformed based on what they were projected for in many prospect circles.

Out of all of the players I saw potential in, the most exciting looks to be Jurickson Profar. Profar will turn 26 by the time the 2019 season rolls around, and will have 1312 major league PAs under his belt. It took him until last season, his age 26 season, to get a full time job and to accrue more than 324 PAs at the highest level. Last season, Profar realized much of his potential, slashing .254/.335/.458, easily the highest marks of his career, to go along with 20 home runs and 10 steals. But if one looks into the batted ball data, there is reason to believe he will break out even more in 2019. Last season was Profar’s first of his career where his wFB was positive, meaning it was the first time Profar hit fastballs well. He put up a score of 8.6, which was good for 63rd among qualified hitters this season. This is a massive jump, and if Profar can do what Turner and Murphy did with this newfound ability, he may be able to hit for a much higher average and pop more home runs. Like Murphy, Profar only had a .269 BABIP in his potential pre-breakout season, despite hitting 65.7% of his balls as liners or ground balls. With his speed and contact skills, Profar should have had a BABIP of closer to .300, especially because he hit 79.2% of his balls with medium or high velocity. Additionally, Profar proved his power was real by increasing his HR/FB rate to the highest mark of his career (excluding the 17 plate appearance season in 2012 ), 13.2%. Be on the lookout for a Jurickson Profar mega-breakout next season.

Besides Profar, outfielders Joc Pederson, Gregory Polanco, and Michael Conforto all look promising, due to BABIPs that could increase, high HR/FB rates, and strong ISO scores. Between the three of them, they all can hit fastballs as well. Between the three young outfielders, one is bound to breakout.