Relievers thrive in dedicated roles, do they? Pitchers suffer after they've been through the lineup a couple times, eh? And platoons are thriving? Fine. Let's get weird.

Share All sharing options for: Replacing setup men with "openers"

One of the best sabermetric things that I've read recently was Mitchel Lichtman's recent posts at Baseball Prospectus on the "times through the order penalty" -- TTOP for short. The first can be found here and the second here. The biggest takeaway for me, from these articles, is that the TTOP is very real, and gives batters a substantial advantage by the time a pitcher is ready to go through the opposing batting order for a third time.

Here are a few quick takeaways from MGL:

Starting pitchers aren't as effective a couple of times through the order, bullpens are getting bigger, and outings are getting a little bit shorter. It's all part of the continuing shift in baseball away from the rotation, and toward the bullpen.

So let's stop burying the lede and get it out of the way: I think it couldn't hurt for teams to experiment with a new bullpen role. We've got closers ... I think there's a good reason at this point to add in the role of the "opener."

The opener's role would be the first pitcher to start a game, effectively replacing the starting pitcher for the first frame of a baseball game. After this reliever, ideally a strong setup guy and one of the best relievers on the team, eliminates the first three or four batters of the game, the team's "starter" comes in beginning in the second inning, and runs his normal course. 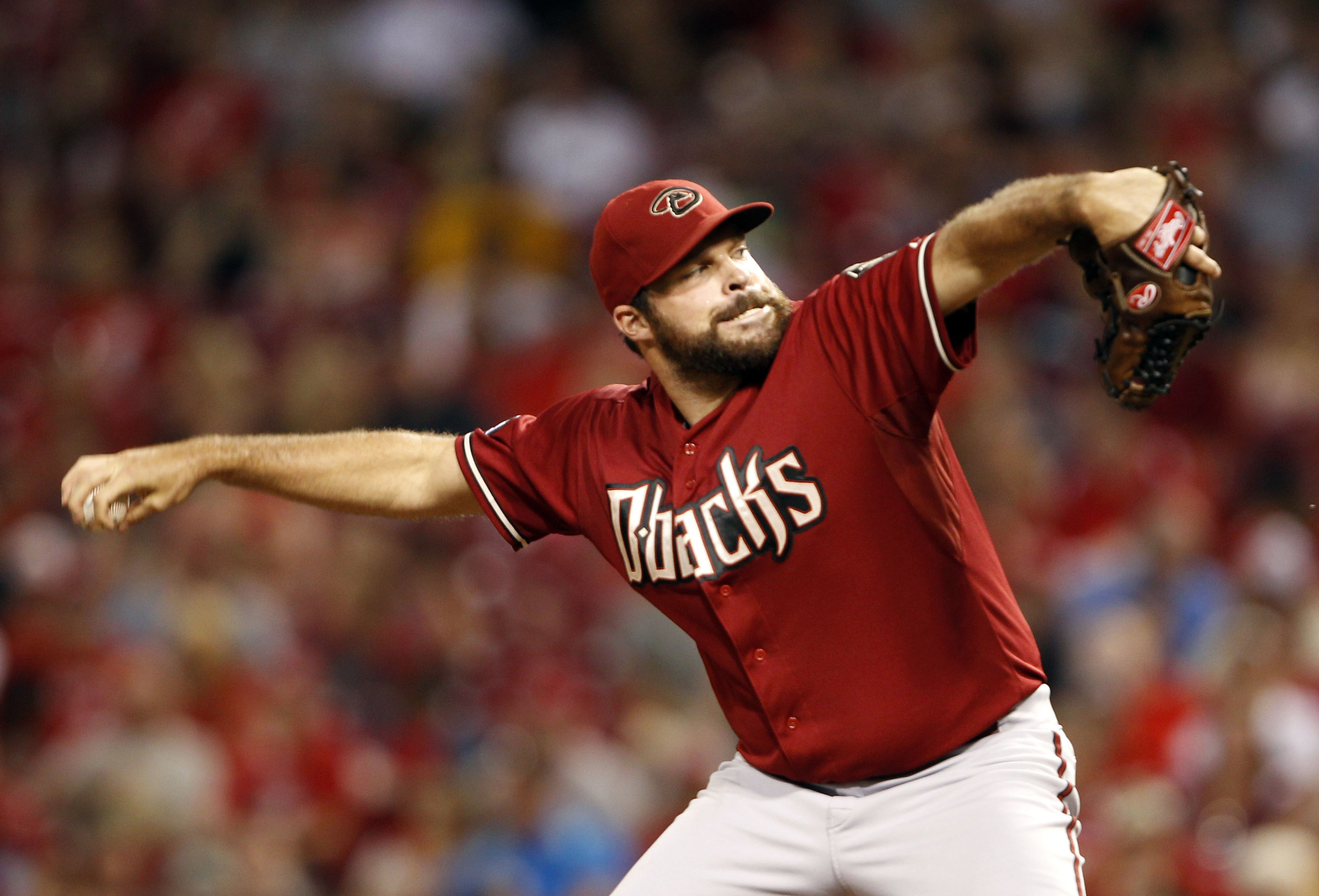 Let me first outline the reasons why I think this could be an effective idea, before we start knocking it down:

If a starter is going to be subject to the times through the order penalty, why not shift that time period to later in the game?

Let's say the Minnesota Twins are going to play a game against the Cleveland Indians, and say the team's scheduled starter is, I dunno, Kevin Correia. Correia isn't an elite pitcher, so (almost) regardless of how he pitches, the team would benefit greatly from removing Correia before his third time facing the Cleveland lineup. So the team throws their second-best reliever out there in the first inning to face the top of the lineup ... and the opener manages to face the first four batters that the team throws out there before retiring the side. Correia comes in for the second inning, and starts his day by facing the 5-6-7 hitters in the Cleveland lineup.

The team may still want to pull Correia after a few innings as he approaches the third time through in the lineup in order to maximize the team's performance. But now the team has a little more time to make that decision ... perhaps in the seventh inning instead of the sixth. Depending on the score of the game, the team can make the decision to remove Correia and go back to the bullpen -- or to leave Correia in and see what he can do. Best of all, Correia's third time through the order will feature him "starting off" against the 5-6-7 hitters, which is likely a better set of guys to face than a team's 1-2-3 hitters. The 1-2-3 hitters are likely better than the team's 5-6-7 hitters, especially given recent minor shifts in lineup optimization. If the Jays are hitting Jose Bautista No. 2, or the Angels are sitting pretty with Mike Trout in the No. 1 spot, think of this as an opportunity for the pitching team to better dictate a favorable matchup early in the game, rather than later.

We hear it all the time: relievers thrive in designated roles.

I can't tell you how many times we've heard that some relievers are better suited to particular roles, and that increases their effectiveness. We've heard it as an argument to why team's use a particular "closer" rather than closer-by-committee, or why a team needs one particular dedicated setup guy. I'm the last person to argue against the effects of the mind on physical performance -- I'm sure there's a possibility that there's something to that line of reasoning.

Using a reliever as an opener does two things: it creates that sturdy, structural role for a relief pitcher, and, in addition, it gives them the opportunity to throw more innings. If a guy knows that he's going to be used in a certain way, that he'll open up games whenever Starter A and/or Starter D pitch, then he can prepare accordingly. Heck, he'll probably even know which batters he's likely to face.

This could help blow up platoon-heavy teams early on in a game.

We see all the time how teams try to "stack the deck" in order to line up left-handed hitters against a righty starter, or vice versa. Take a look at a team like last year's Athletics, who stacked up their squad with guys who thrived against particular types of pitchers -- guys like Seth Smith, Brandon Moss, John Jaso and Chris Young.

Now imagine if this team had to face a team that was scheduled to throw a left-handed starter, but would be running a right-handed setup guy for the first inning. Sure, that team could adjust their lineup to give the first few guys in the order an advantage -- maybe throw Seth Smith or John Jaso out there at the top of the lineup -- but the lefty's coming in the next inning, and then they're stuck with an unflattering matchup for the brunt of the game. Or do they run their usual lefty-killing lineup out there, and maybe "punt" the first few batters of the first inning?

Perhaps a move like this will make a manager think more, over-manage, or make moves early in the game that will limit his options later. Maybe a team pinch-hits in the fourth inning? I'm not real sure how a team would react, if at all, until this strategy would actually be employed. And while this strategy might not work as well when going with a lefty reliever in front of a righty starter, simply due to a team not having the same quality or quantity of lefty relievers, it could work for a team with lots of bullpen depth or a couple effective southpaws. 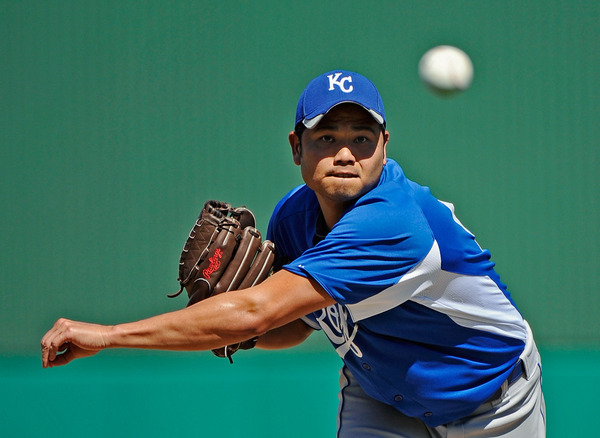 There are pitchers / teams that might be a particularly good fit for this.

Consider the case of right-hander Luke Hochevar. Hochevar, in 2013, experienced a conversion from starter to reliever, and he thrived in the switch. He was a very effective reliever, posting a 1.92 RA9 over 70+ innings of work -- but he also used to be a starting pitcher. Rather recently, actually. It's unlikely that warming up to start a game would throw someone like Hochevar, who's had lots of experience opening up a game.

The Royals also have or had Bruce Chen on staff. Chen, a soft-tossing lefty, is a fringy back-of-the-rotation starter. He's exactly the type of pitcher that you'd want to limit their times through the order. Shifting the start of his game to the second inning, following Hochevar, takes advantage of all of the benefits stated above. Given that Chen isn't particularly likely to drag himself all the way to the eighth inning, all you're doing is shifting the timeframe at which pitchers face the opposing lineup. And you're guaranteeing that one of your best relievers gets a day of work.

Hochevar is also used to throwing 150+ innings in a season. If given regular work -- let's say he's the team's opener during all of Chen's starts and perhaps all of Jeremy Guthrie's, as well as seeing spot duty one other day a week -- perhaps he can throw more innings than a reliever normally would, thanks to the structure of his workload?

And let's not forget that most of the time, decent relievers aren't particularly expensive. They're almost always cheaper than decent starting pitchers. Just look at the contract Jason Vargas got this offseason. Teams without a massive payroll, but who do a reasonable job of identifying bullpen arms, might benefit even more.

I can see lots of holes you can poke in the arguments above. Here's a few I can see:

These are all reasonable arguments against. Then again, there are teams with very little to lose, and everything to gain by trying something different. The Houston Astros are trying paired starters in the minors, and that's not all that much different than what I'm suggesting here. The minor difference is that this move doesn't require a team to find and carry another starting pitcher -- just use a reliever that they already have.

I completely understand why franchises aren't breaking down the door to make a move in this direction. At the same time, we suffer from a lack of hard evidence as to why this will / won't work, simply because no one is trying it.

If all the factors that I detailed above are true, perhaps there's a reason for an enterprising team with a killer bullpen to attempt instituting an opener to go with their closer. A good first inning can go a long way.