I know you were hoping for two teams of 2015 All-Stars. Fortunately, we've got them right here! Following up on our American League All-Stars, it's time to roll out the National League squad!

Starting today, we'll roll out our selections -- with picks for NL and AL All-Star starters. Next week, we'll let you know who we picked as our reserves. And, so you can mock us for our choices, we'll provide a spreadsheet with all the votes of our staff, so you can understand who we considered.

So, without further ado -- here are the National League starters and the vote results!

He's having about as quiet of a season as a guy hitting 100% better than league-average can have, thanks to the starting NL right fielder's heroics, but Paul Goldschmidt is raking. Perhaps it's because he plays in Arizona for a joke of a team for a team that's not really contending, but this is the second-best hitter in baseball. Beyond that, he's also a very solid defensive first baseman, for all that's worth.

First base in the NL may be the most stacked position in all of sports this year, with Goldy, Anthony Rizzo, Joey Votto, and Adrian Gonzalez all among the most effective hitters in the game. But even among such competition, Paul Goldschmidt was a nigh-unstoppable choice.

Also, why isn't "Goldyknocks" this guy's name, or at least a hashtag? I expected better of you, Planet Earth. 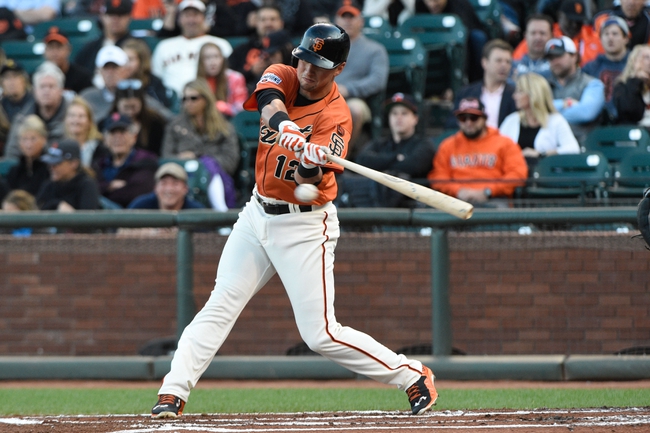 Coming into 2014, I was pretty certain that Panik would be one of those guys who gets a chance as a second-division starter, or who settles into a comfortable utility role over time. Like most assumptions I make about the San Francisco Giants, I was way off base. Mr. Panik can really hit, and he's done so at a nice clip in the big leagues. He's got about the same offensive value as Lucas Duda this year, only he plays a sharp second base.

Dee Gordon made a nice little run at the spot (pun intended), but it's possible our crack team of analysts looked at his ability to hit in the first two months of the season -- and those alone -- and thought "eh, maybe not." Or, maybe it's just an innate anti-Marlins bias. You be the judge. 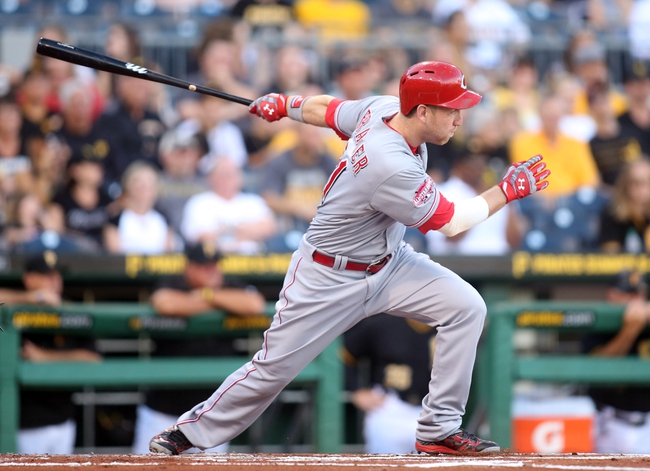 With 25 homers and good defense at a premium position, Frazier goes from being not-really-a-prospect and a guy who couldn't get enough playing time, to a perennial All-Star at the hot corner. This is the second straight year our staff has given Frazier the nod, and when you post a .353 OBP and a .625 slugging percentage, you better believe it's well deserved.

Meanwhile, Nolan Arenado is one of those memes, where he's staring at you, and in big block letters underneath, the caption reads: "SOON." 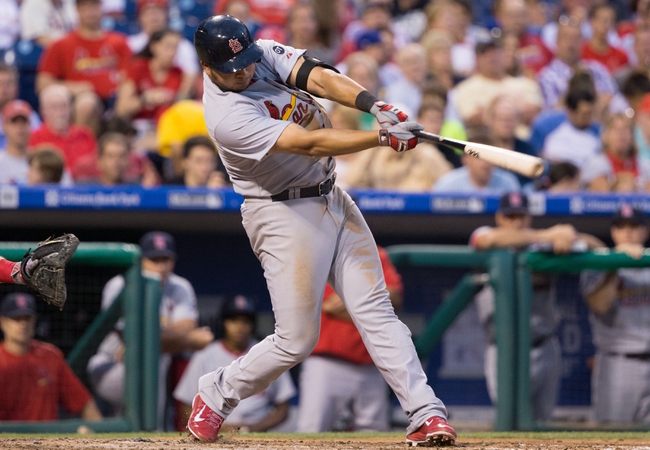 Ladies and gentlemen, we have a tie! But this isn't a fun tie, it's a sad tie. Jhonny Peralta of the Cardinals narrowly edges Brandon Crawford in a battle of two preternaturally talented shortstops ... but both deserve spots on the game's brightest stage. Peralta is a hero in the battle of defensive metrics versus the eye test, turning into a plus defensive shortstop later in his career, supplementing his high-performing skills as a batsman.

Meanwhile, Brandon Crawford has always been a highly-regarded defensive whiz, but recently his bat has looked equally impressive. With 10 homers on the season, he's become a power threat we've never expected ... making this a much tighter race than most might have guessed.

Peralta takes the tiebreaker, because I voted for Peralta, and like in most governments, only a vestige of democracy papers over the true power behind the throne. But, in truth, after this decision was made, I feel like I made the lesser choice. I have a feeling Crawford will end up making the team eventually, and both talented sixes will get their due. 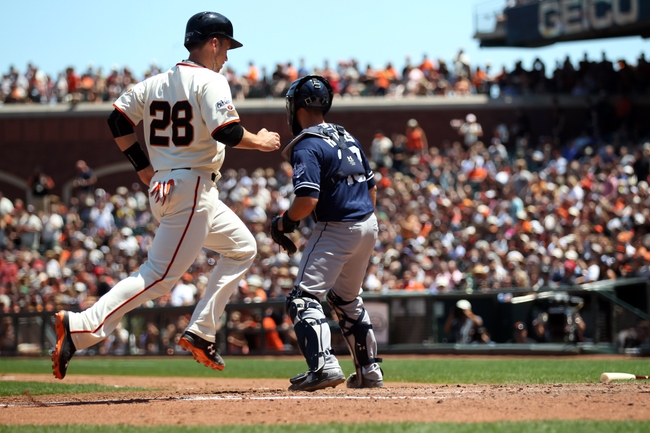 Are you sick of the Giants yet or what? Especially that Buster Posey with his power and his defensive ability and, most maddening of all, his consistency. Is he ever going to have a bad season, one where he doesn't win over the masses with his on-base percentage and his winning smile? Will he finally move off the catcher position so teams don't feel quite as jealous of his robust, well-rounded skillset? Will the Giants wait until he retires to build him a statue, or just start in on it early to get a jump on rising bronze prices? The future is hazy, the present is pretty awesome.

National League left field, for the second consecutive season, isn't very good. For the second consecutive season, a newly-acquired San Diego Padre sneaks into the starting lineup, despite numbers that don't make you stand up and shout. Last year it was the red-hot Seth Smith, this year it is the pretty-toasty Justin Upton, who's having a perfectly serviceable season at the plate, and a less-serviceable season on defense. Actually, you could probably just replace "Justin Upton" with "The Padres" in that sentence, and it'd be fine.

Anyways, the options here were unappealing enough that Bryce Harper and Giancarlo Stanton garnered votes at the position despite not actually being left fielders this year. Oh well. Maybe next year Christian Yelich will break out and we won't have to have this discussion again. Until then, Upton here, Upton here. 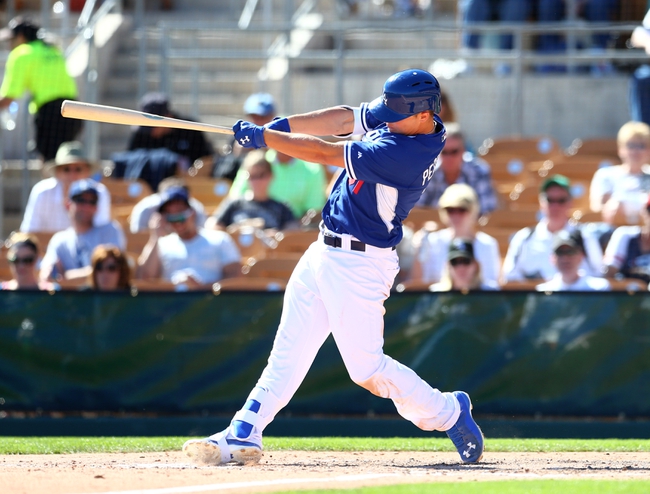 Not only is Pederson making a strong case to be this season's NL Rookie of the Year, he's also edging out the reigning NL MVP as the game's best center fielder (non-Trout division). I think people expected Pederson to be good, but the 19 homers are still a bit of a shock, and Pederson is one of the best hitters in baseball at hitting balls with authority (read: exit velocity). His defense is still solid, and that makes a strong top-to-bottom package, even taking into account his propensity for the whiff. It's not really fair that the Dodgers get both Puig and Pederson (the Killer P's?) in their outfield for the foreseeable future, but hey, it's not really fair that Frank McCourt owned the team for as long as he did either. 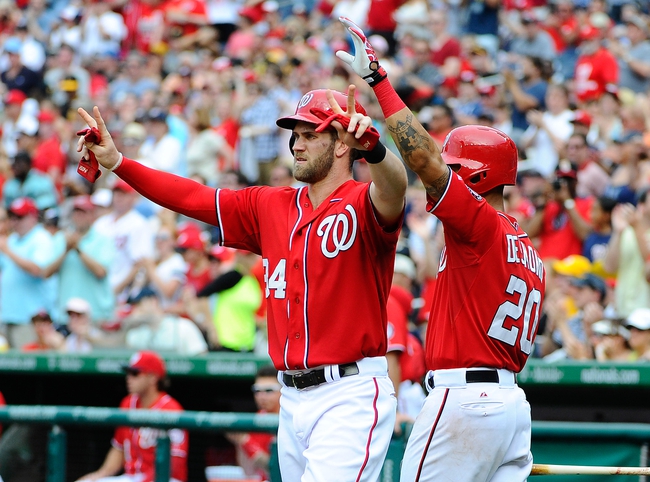 Technically, Harper wasn't the only choice here -- but the three voters who chose Stanton pegged Harper as the starting left fielder. Why did everyone select Bryce Harper to the All-Star Game? Well, you've probably heard by now. He's hitting well enough to start throwing the words "Barry Bonds" into conversations about his offensive dominance. He's on pace to hit 50 homers, and he's getting on base about 46% of the time he comes to the plate. Only seven qualified hitters in the big leagues have wOBAs that top .400, Harper's is .489 -- more than 30 points higher than Paul Goldschmidt, the No. 2 guy on the list.

He's on pace to have the first season where a player's offensive performance is more than 100% better than the league average since Barry Bonds in 2004. That would be better than Miguel Cabrera, better than Albert Pujols in 2008 ... better than everyone since Bonds. And he's young! Have you heard that yet?

Anyways, Bryce Harper has finally broken out, and he's been rewarded as the only unquestioned vote in the National League, as it should be. 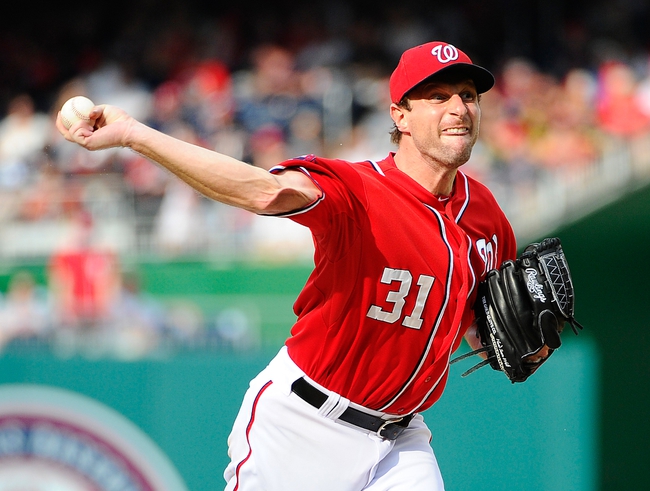 Almost as definitive as the mandate for Harper, was the one for his teammate, Max Scherzer. Scherzer has been electric, the most unstoppable force in pitching in baseball over the last three months. The rate stats are unquestioned, as he leads baseball in FIP and has an ERA (1.70) so small, it probably doesn't even rate on the Altuve scale.

Oh yeah, and he threw a one-hitter and a no-hitter on back-to-back starts this month, striking out 26 in 18 innings. So he gets style points too.

You can find the ballots for all of our staff voters here. Transparency is just the best.

Bonus item: I've created a potential starting lineup (optimized by The Book as best as I can) for this National League All-Star team.

Not bad, right? Any questions, comments, or complaints? Angry at the Giants? Want to know more about our reasoning? Drop us a note in the comments, and let us know! And don't forget to check out or NL starters now, and the reserves next week!

Bryan Grosnick is the Lead Writer at Beyond the Box Score, and a columnist at Baseball Prospectus - Boston.