When the projections aren't convinced

Some players are in the midst of very hot or very cold starts, and yet their projections aren't budging. What can we learn from that, about the players and the projection systems?

Share All sharing options for: When the projections aren't convinced

The projections available at FanGraphs are a fantastic resource, especially early in the season. Not because they're infallible, but because they provide a convenient reality check about how seriously a hot or cold start should be taken. On that projections page, the "RoS" (rest of season) tabs give updated versions of both ZiPS and Steamer, which take into account the games that have been played this season as well as the rest of a player's career.

I am just as susceptible to overreliance on small sample size as anyone with a human brain, so I pulled all the updated projections and compared them to the originals. Trevor Story's debut has been bonkers, beating his preseason projected wOBA by roughly .300, and the projection systems have changed their opinion on him as a result, bumping his RoS wOBA by the largest (Steamer) and sixth-largest (ZiPS) change to any player's projection. Good for him! Every year, someone writes an article covering who has improved the most, per the projections; when that happens, you should read that.

Just as important, though, is who hasn't improved, the players who have had hot starts but whom the projections, for one reason or another, refuse to budge on. Looking at those players can reveal useful information about how the projection systems make their estimates, and how we should view those players going forward. Again, these aren't the end-all, be-all, but they're a very useful piece of evidence and a way of counteracting the biases that everyone is susceptible to.

With that in mind, I picked a few players who have either overperformed or underperformed their projected wOBA by a substantial amount yet seen their projected RoS wOBA move only a small amount or not at all, and took a closer look. (All stats are current through Monday's games.)

Cano has been off to a torrid start in 31 PAs, hitting like the sort of player the Mariners were hoping they would get when they penned him to a $200m contract. He's done it in very one-dimensional fashion, however; of his six hits thus far, four have been home runs, and he's only walked twice. Some of the reason his overall projection has shifted very little is because greater optimism on his power is cancelled out by decreased optimism on his on-base skills, but I think this also says something about the way projections view power.

The ability to hit a ball extremely far is a pretty stable thing, and a player like Cano, who has hovered between 20 and 30 home runs for the last ten seasons, has already demonstrated the capability to hit for power. Four home runs in a seven-game stretch is obviously impressive, but it's not a huge surprise to see it coming from a player like Cano, whom the projections already thought of as a player with the ability to drive the ball. If this kind of performance had come from, say, Ender Inciarte, owner of a projected .096 ISO, it would be conveying a lot of new information. From someone like Cano, this just doesn't tell the projection systems much more than what they already knew, and they change very little as a result.

Lucroy's been scuffling in the early going, with only six hits (five singles) and two walks in 24 PAs. The projections are entirely unconcerned, or at least no more concerned than they were to begin the year; a .329 wOBA would make 2016 like 2015 for Lucroy, which is to say somewhat disappointing when compared to the offensive heights of 2012–14. I think beyond preexisting pessimism, the main reason the projections aren't reacting to Lucroy's slow start is the lack of a concerning trend. He's been worse than expected, to be sure, but not in a way that's shocking at all. Every player goes through these sorts of slumps; just because Lucroy's came at the beginning of the year doesn't mean we should weigh it more strongly.

There are a few types of cold streaks that not every player experiences, and the projections react more quickly to those. Miguel Sano, for example, has struck out in fully half of his plate appearances to date, and his Steamer projection has fallen by the second-largest amount. Part of that is due to his youth and the greater uncertainty inherent in his projection, but also the fact that he's been bad in a specific, troubling way. With Lucroy facing nothing more than a general malaise, it's assuredly frustrating for him and Brewers fans, but much less likely to indicate a disastrous future. 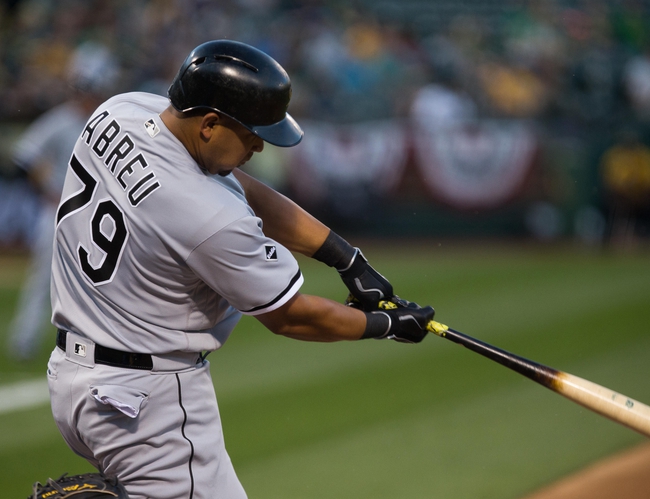 Abreu, like Cano, has also hit like a house on fire in the first week of the regular season, but in well-rounded fashion, with two home runs, a double, four singles, and four walks in 31 PAs. Still, his projections have barely budged, and I don't know why. I don't even really have a hypothesis. Abreu seems much more like Trevor Story than Robinson Cano, in that we don't really know who he is, and a week of great hitting seems like it should make us feel better about him, even if only slightly. Matt Kemp and Mark Teixeira have beaten their projected wOBAs by similar amounts, for example, and they've both seen much larger bumps to their RoS projections.

Perhaps the projections don't trust walks, or don't consider four walks in 31 PAs to be relevant new information, but giving a smaller bump to Abreu, who has two seasons under his belt, than Teixeira and Kemp, who have roughly a billion each, is very weird. There's probably an aspect of regression to the mean at play; Texeira and Kemp didn't have preseason projections as good as Abreu's, and it's therefore easier for them to get pushed up. Steamer and ZiPS already thought Abreu was going to be a great hitter; it takes a lot of convincing to get them to go any further than that. I may have talked myself out of this being weird.

This article probably didn't tell you much you didn't already know. The stats of individual players in the first couple weeks of the season are best ignored, for a wide variety of reasons. Some players may be telling us something we didn't already know about them; most aren't. For now, enjoy the baseball, and check back in a month.