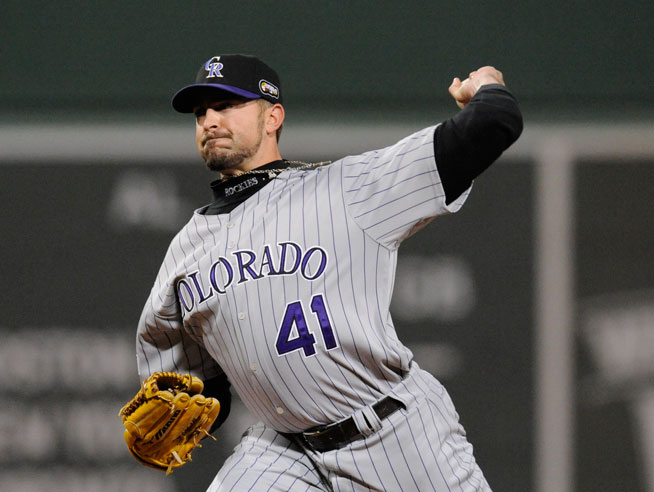 The Rockies had another dismal season in the cellar of the NL West, leaving behind a 68-94 record. The Rockies also had the worst pitching in the NL in 2015, sporting an ugly 5.04 ERA. The Rockies knew something needed to be done about that. So, what did the Rockies do over the offseason? They focused on the later innings, mainly the 7th-8th-9th innings. They signed Jason Motte, Chad Qualls to two year deals and acquired Jake McGee from the Rays for Corey Dickerson. Not to forget that the Rockies also extended injured reliever Adam Ottavino for 3 years while he is recovering from Tommy John surgery. But, will bringing in heat save the bullpen from another dismal season?

Now, let's look at how hard these guys can actually throw. Before Adam Ottavino had Tommy John surgery, he could throw a sinker and four seam fastball at 96 MPH, with an 84 MPH slider and 90 MPH cutter. Jason Motte, the ex-setup man to Hector Rondon in Chicago, throws just as hard, harboring a four seam fastball at 96 MPH and a sinker at 94 MPH. Chad Qualls, part of the dominant bullpen the Astros had in 2015, doesn't throw as fast as Motte and Ottavino, only having a sinker at 92 MPH, but has a slider that hits 87 MPH. The real hard thrower of them all is Jake McGee, who came to Colorado in a trade for Corey Dickerson. McGee throws up to 97-98 MPH and averages out at 95-96 MPH, which although is like Motte and Ottavino, has just a tick more heat on his fastball. McGee is looking like the primary closer for the Rockies, even though the Depth Chart on MLB.com says Jason Motte will be the closer going into Spring Training. I, personally, would like to see McGee as the closer, although he only has a curveball to go along with his heater, which hampers that potential. 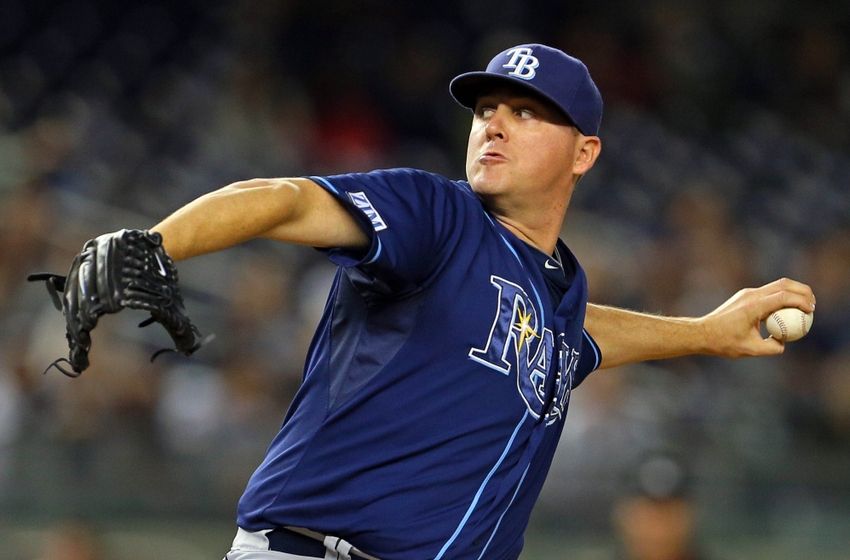 Now, remember the 2007 World Series team? No? Well, that sucks. The Rockies in 2007 reached the World Series via the Wild Card, but ended up being swept in 4 games by the Red Sox. The rotation in 2007 was better than in 2015, but not amazingly better as only 3 pitchers in the rotation, Jeff Francis, Aaron Cook, and Josh Fogg, made more than 20 starts in the regular season. Jeff Francis had 17 wins and a 4.22 ERA in 2007, which although respectable given the environment, isn't exactly eye-popping. However, the bullpen was superb. Jeremy Afield, LaTroy Hawkins, Jorge Julio all had impressive seasons out of the 'pen, with split closers Brian Fuentes and Manny Corpas closing 39 games (Fuentes closed 20, Corpas 19) and both had really good ERA's. Now, let's compare the 2007 bullpen to the 2016 bullpen, using fastball speed and K/9 statistics:

In 2007, the Rockies did have heat and impressive strikeout numbers. The 2016 bullpen may end up doing the same, but it won't project them into an immediate playoff team. But, the Rockies were smart in their decisions, believe it or not, on the bullpen, despite being criticized for trading Dickerson for McGee. Maybe, the Rockies read the stats from 2007 and decided to try and rebuild the bullpen.

However, there are two problems remaining. The bullpen looks revamped and primed for a better year, plus the Rockies have one of the highest scoring offenses in the NL, but the rotation still needs a lot of help. Proclaimed ace of the Rockies Jorge De La Rosa has been respectable with Colorado, especially over the past couple of years. He sported a sub-4.00 ERA in 2013 and in 2015 sported a respectable 4.17 ERA. He also strikes out 7-8 batters per 9 innings on average. But behind De La Rosa is quite a mess. If the Rockies work on the rotation and the bullpen turns around, they'll be a contender, no doubt about that.

The second issue is the altitude and the air in Colorado. Colorado has been known the be a great hitters' park, which also affects how pitches are pitched. Due to how thin the air is at Coors Field, a pitcher must have a very good and deceptive off-speed arsenal along with a OP heater with good control. The thin air doesn't allow a breaking ball to break as much as it would in a lower elevation, causing sliders to be hung and crushed. As long as pitchers have good control and excellent command on their arsenal, they'll perform good in the thin Rocky Mountain air.

Maybe bringing heat to a cold place like Colorado could be a key to helping the Rockies pitching back to form. But, with a rotation that is still lackluster, they'll be in the cellar for the NL West for a bit longer. But who knows, maybe the rotation will surprise us and the bullpen may become better than previously thought. Either way, the Rockies got the help they needed in the bullpen and I praise them for doing that. After a dismal 2015, they'll look to be resurgent in 2016. I fully expect the Rockies to be better in 2016 pitching wise and hopefully not finish dead last again in that ERA category.

*Big thanks to Fangraphs and Brooks Baseball for statistics in this article. Also, big thanks to roydjt for pointing out a flaw in my writing.

Will the Rockies bullpen rebound in 2016?