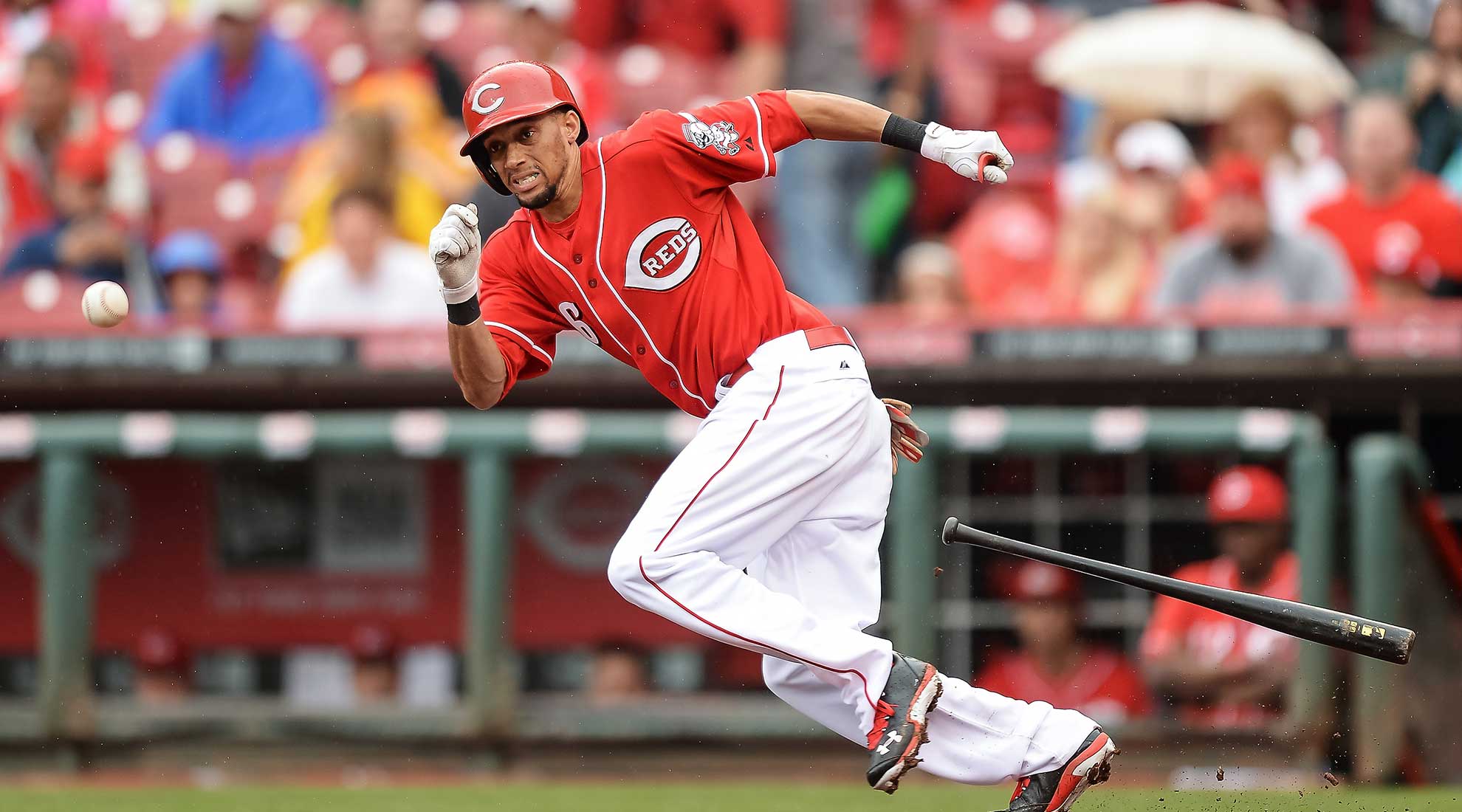 Twenty-one of the top-30 active stolen base leaders have played at least 10 seasons in the Major Leagues.

Stealing a base can be one of the most crucial aspects to winning a baseball game. The difference in expected runs scored between having a runner on first with nobody out and a runner on second with nobody out is 0.22, according to data from Baseball Prospectus. Stealing a base, if done successfully, can be one of the easiest ways to advance a runner without having to sacrifice an out or even a plate appearance.

This makes Hamilton's speed a great asset to the Reds. He has added 9.6 runs on the base paths this season, easily ranking 1st in the Majors. He has an extra base taken percentage of 71%, which, minimum 100 plate appearances, ranks 5th in MLB.

There's a lot to like about Billy Hamilton's game. But with every positive comes a negative.

Between his base running and his defense (which is stellar, too), Hamilton can barely swing a bat. His .255 average passes the eye test for casual fans, but even the most basic of analytic stats prove that he's not anywhere close to an even average hitter. Hamilton has a .307 OBP (25th-lowest), .347 SLG (9th-lowest) and a .287 wOBA (10th-lowest), all of which rank among the worst in the Major Leagues by qualified hitters.

Hamilton also has a 19.7% strikeout rate, which, for someone that is expected to be a contact hitter, is quite high.

But Billy Hamilton's No. 1 issue is that he does not walk.

Hamilton has a 6.6% walk rate, 36th-lowest in the Majors. But for a guy that is supposed to get on base and steal bases, this is alarming. Hamilton has all the makeup of a top-of-the-order type hitter. He's fast and he does not hit for a lot of power. But he fails to do one of the most important things a top-of-the-order player must do: walk. If Hamilton just walked, he would be a great player.

Hamilton, among all qualified Major Leaguers, has seen the fifth-fewest 3-0 counts this season and the 30th-fewest 2-0 counts. Pitchers just don't seem intimidated enough by Hamilton to make them nibble after him. Which, at Hamilton's expense, leads to less walks.

How does this change? Hamilton has to be a better hitter when down in the count. After even just an 0-1 count, Hamilton is hitting .195/.232/.254 (.486 OPS) with 52 strikeouts and just seven walks in 178 plate appearances. The first pitch of an at-bat against Hamilton can basically signal the end, especially if it's a strike. He needs to lay off the pitches that will get him to strike out when he's down. This is hard to do.

Even the league average big league hitter posts a .617 OPS and a .266 OBP after falling behind 0-1. Almost five percent of plate appearances still manage to end in walks. It's almost as if Hamilton concedes the at-bat right after he gets down in the count.

For all the talk about Billy Hamilton's speed, he still has lots of work to do in order to bring his game to the next level. If he could just walk in 8.1% of plate appearances, like the big league average hitter, he would be so much better and his speed would be an even bigger asset.

I love watching Billy Hamilton run. But watching him hit? Now, that's another story for another day.