Which teams could best use an opener?

Let's examine which teams could best implement the "opener" strategy of using a reliever in the first inning before going to their starter.

Share All sharing options for: Which teams could best use an opener?

One of my favorite ideas that I've been kicking around for the past few years is the idea of the "opener" -- using a relief pitcher at the beginning of a game for an inning or two. I explored it in an article here about 15 months ago, and you can find some comments on the idea at Tom Tango's blog.

For the benefit of those who haven't read my previous article, I'll give you my quick-and-dirty breakdown of what teams could / should do, and why they should do it. The basic idea is this: teams could possibly benefit from using a relief pitcher in the first inning, or maybe the first two innings, before going to the team's starting pitcher. In a perfect world, you'd use a relief pitcher who has the opposite hand of the "starter" you'll bring in later in the game.

Why? Well, swapping out a reliever early on would throw off an opposing team's attempt to build a lineup that focuses on a platoon advantage ... or they'd at least have to punt that platoon advantage early in the game. Starting pitchers often shouldn't be pitching a third time through the order -- but by using an opener, teams could push that third time through the order later into the game, and perhaps against a weaker part of the order, rather than the 1-2-3 hitters at the top of the lineup. Also, we hear all the time that relievers thrive in a dedicated role. Well, this would be a new, additional dedicated role. And if an opener had a regular beat, then they could be used more consistently (say, twice a week) as compared to a catch-as-catch-can type maybe getting a week off at a time.

There are also a couple of reasons not to go this route (tradition, breaking an unwritten rule, etc.) that you can find, but I legitimately believe that it would be a net positive for teams in very specific situations. Going into the 2015 season, I wanted to try to identify those teams that could really benefit from situations such as this.

Here are a few of the criteria that I chose to use to pick teams that might benefit:

With all of that in mind, let's eliminate some teams for whom this strategy might not help in 2015. And let's find a couple that it could work for in tiers.

When you have a "super-rotation", you probably shouldn't mess with it. In cases like this, just roll with your awesome starters and say thank you. 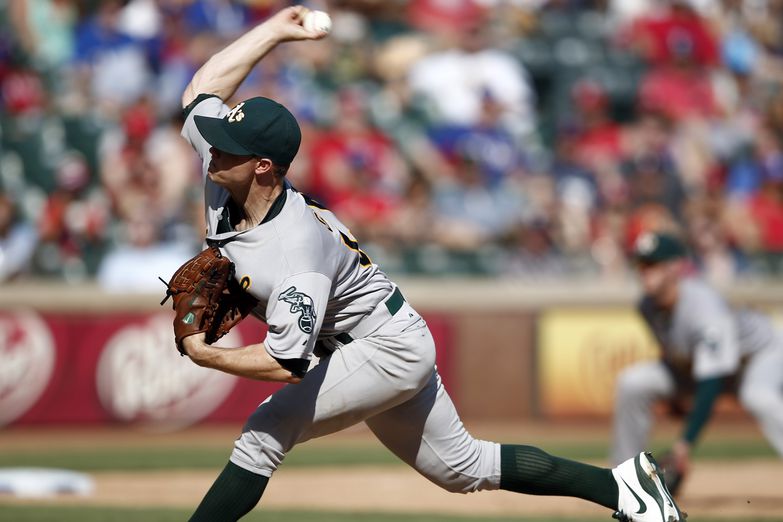 The A's are innovators, that's for sure -- but I'm not sure their roster composition lends to this exercise. They've got an iffy 'pen, especially without Doolittle. They do have enough left-handed relievers and right-handed starters to make it work, but the A's young starters may be hurt by openers if it creates a perceived lack of confidence early.

Chicago (NL) carries a rotation with a decent lefty-righty balance, and their relief options don't fill me with joy. Take that to the next level, and you have the Dodgers' rotation. No thanks.

The Giants are all-righty after Madison Bumgarner, but lefty specialists Jeremy Affeldt and Javier Lopez are old dogs -- actually most of this team is comprised of veterans -- and I'm not sure switching things up would help anyone. While Affeldt is actually a pretty good fit as an opener (no severe platoon split), and their starters behind Bumgarner and (maybe) Cain are a bit iffy, I'm not sure the defending champs would fit here on further review.

Cleveland may go all-righty as well, but they are stacked with young, talented, right-handed arms in their rotation. It couldn't hurt to start T.J. House or Nick Hagadone atop a guy like Trevor Bauer or Zach McAllister, but I'm not sure it's the best use of resources.

The Padres seem morally opposed to left-handed pitchers in any regard, so why take the only decent ones (Alex Torres or Robbie Erlin), and push them to an opener role? Plus, this team needs to stay flexible given that most of their pitchers are serious injury risks.

Texas doesn't have the personnel to pull this off, and even if they did, the critical persons would get injured. The Twins are in a similar situation, except without injuries.

The Rockies just don't have enough good pitchers to make this, or anything else, work.

The Tigers are probably the one team in baseball who least wants to use any bullpen guy, no matter when or where.

The Mariners, Mets, and White Sox all have enough solid starters to make using an opener a risk not quite worth taking. 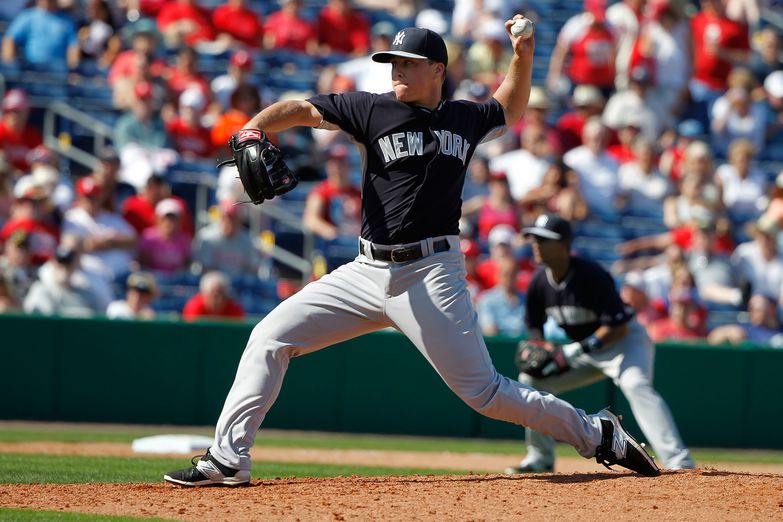 Last season, I thought the Royals were my guys for this strategy, thanks to their well-stocked bullpen of right-handed throwers. This year, I see them only as an okay option, but I'd still think pairing a guy like Luke Hochevar with Brandon Finnegan or Danny Duffy (workload) and Jason Vargas (regression) may be a benefit. But they went to the World Series, so they probably have no will to shake things up too much.

The Astros could kind of work here, as they have a couple of guys who you could see benefitting from a left-handed opener (Scott Feldman, Dan Straily). But who'd you put in front of the former Cubs starters? Tony Sipp? You'd ideally want to throw a left-hander who could get out guys on both sides of the plate, and Tony's more of a LOOGY in my book.

Maybe the Braves are similar to the Astros, especially if they go with both Eric Stults and Manny Banuelos in the rotation. If that were the case, perhaps you could argue that Mike Foltynewicz could be a cool opener ... if you don't really, really need him in the late innings. Or maybe Jason Grilli? The Braves' bullpen doesn't exactly fill me with confidence.

The Cardinals may run an all-righty rotation, but their left-handers in the bullpen aren't terribly special -- unless perhaps they move Jaime Garcia to the 'pen. Also, the guys the Cards have in the rotation have real upside, including Michael Wacha and Carlos Martinez.

Good lord, the Phillies' starting pitching depth chart is horrible. Aaron Harang is the No. 2 starter! Let's give Jerome Williams 200 innings! They'd be a good option here, if it weren't for the fact that nothing they do will probably help them, and they're among the least inventive teams in the bigs.

I wouldn't put this opener strategy on the Pittsburgh Pirates, as they've had a startling run of getting good performance out of questionable starters -- and in those cases, why mess with success? But if the magic starts to wear off, Charlie Morton and Vance Worley could use an opener, and Antonio Bastardo could be a really nice one.

Now that the Rays' rotation looks like a burn ward, they're a better fit for the ol' opener strategy ... but if Matt Moore / Alex Cobb / Alex Colome get healthy, there wouldn't be room for the guys who'd most need an opener. Those guys -- Burch Smith and Nate Karns -- have a pretty neat left-handed pitcher who could play opener for them: former top prospect Mike Montgomery. His heat would play nicely off Smith and Karns.

I like the idea of the Red Sox using this strategy as a way to break in a guy like Eduardo Rodriguez or Henry Owens, balancing off their right-handed starting options (Stephen Wright, Justin Masterson, Joe Kelly). It's especially an interesting idea when you think of E-Rod's fire versus Wright's knuckler or Masterson's sinker-only arsenal. However, the Red Sox are probably better served just letting their young guys start ASAP.

The Yankees, as usual, are similar to the Red Sox. Using prospect Jacob Lindgren in front of Adam Warren, Ivan Nova (after his return), and even Nathan Eovaldi or Michael Pineda would be really cool, and with Andrew Miller in the fold, the Yankees don't really need Lindgren late in games. 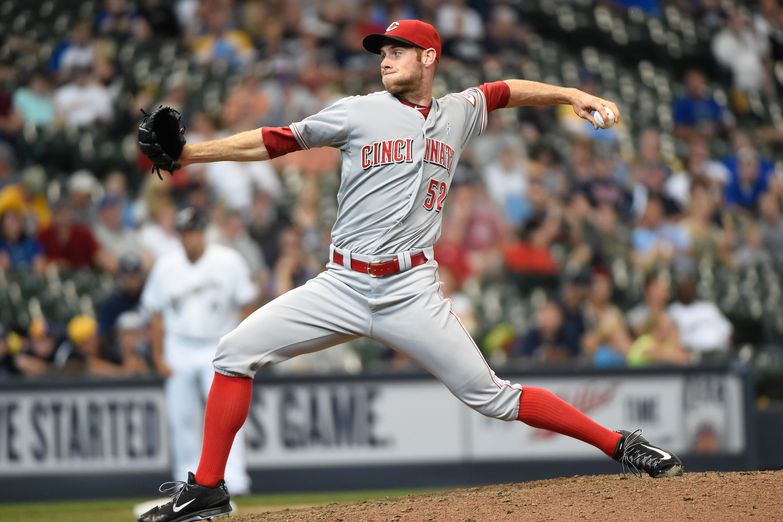 My dream squad is the Reds because of Aroldis Chapman. Can you imagine having to start a game against a guy who's throwing 103 miles per hour? Then, after your best hitters face this phenom, everyone's got to flip and start looking out for Jason Marquis' right-handed garbage in the third inning? While there's no way Chapman would ever be used as an opener, Tony Cingrani could be a nice little faux-Chapman as an opener, and the Reds have enough rotational question marks (Raisel Iglesias, Anthony DeSclafani, Marquis), to benefit from this strategy.

The Angels are interesting because they have three lefties (C.J. Wilson, Hector Santiago, and Andrew Heaney) who could be starting the season in the rotation, and all of them have question marks. By using a right-handed opener -- such as prospect Cam Bedrosian -- they may be able to do damage to the early part of a lineup and jump out to an early lead.

The Jays are a terrific example for this exercise. First, they have an "expendable" lefty -- perhaps -- in Aaron Loup. Loup wasn't a disaster against righties in 2014 (3.97 FIP), and the Jays' rotation pieces in Marco Estrada and Aaron Sanchez either have performance or workload issues that could lead Loup's opening to help the team. And then there's Dickey. I imagine it would mess with a hitter to go from trying to time Loup's heater to Dickey's fastball early in a game.

The Brewers work well here because (1) they're currently projected to run an all-righty rotation, which means that a lefty opener can come in on regular rest consistently and (2) they have a couple of talented lefty relievers available in Will Smith and Neal Cotts. Opening with Smith on the days Jimmy Nelson, Marco Estrada, or Wily Peralta pitches could be a nice fit.

You can say much the same thing about the Marlins, who have an all-righty rotation, some question marks on the back-end (Koehler, Haren, et al), and Adam Conley waiting in the wings. Conley's likely never to be a starter, but he'd make for a passable opener in our exercise, especially if his injury issues are behind him. 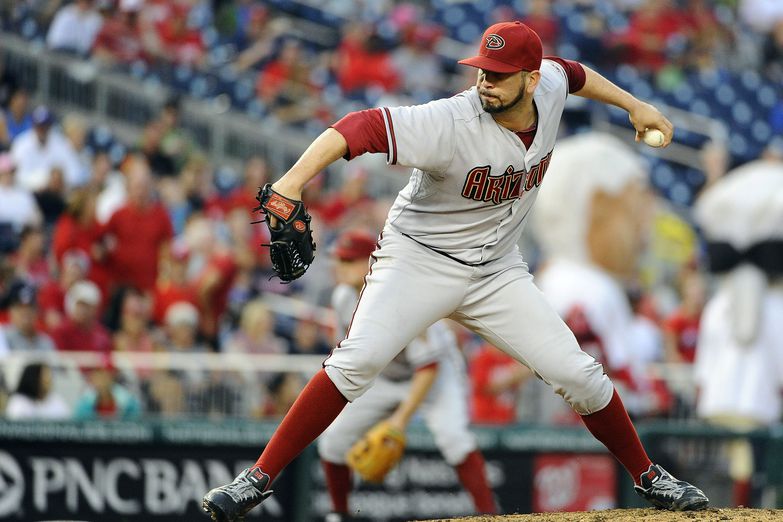 The Orioles are a compelling case for this plan, as they have a load of starters who'd really benefit from not having to face a lineup more than once twice. Right-handers like Miguel Gonzalez, Bud Norris, and maybe Kevin Gausman (at least until he gets his workload up), could benefit from having Brian Matusz open a game for them. And the O's are well-enough stocked in the 'pen, especially when it comes to lefties, to survive losing Matusz. Every little bit could really help this team this year.

But who's my absolute favorite team for this exercise? The Arizona Diamondbacks. They run the all-righty rotation, and the bullpen is pretty strong. Best of all, they've got a couple of good arms in that bullpen -- but Oliver Perez (a former starter, as you may remember) is absolutely perfect as an opener. He could pair with literally any guy in the current Diamondbacks rotation and provide an upgrade -- none of their guys is a seven-inning pitcher.

Without Perez, the Diamondbacks' Collmenter-Webster-Hellickson-De La Rosa-ohnowhathavewedone? rotation looks anything but fearsome. Perhaps the only way to put a little fright into an opposing lineup is to scare them with something we've never seen before?