Finding a new home for the powerful outfielder.

Free agency is underway as of midnight on Saturday, and with it a frenzy of predictions as to where the top names will end up come the 2016 season. The previously wallet-conscious New York Mets may decide to make a big expenditure this winter after their World Series appearance, but given the presence of Curtis Granderson and Michael Conforto, the organization isn't expected to be the high bidder on Yoenis Cespedes.

Cespedes wasn't eligible for a qualifying offer because he was traded midseason, and also because his contract stipulated that the team release him from his contract after the 2015 season. That originally set the stage for the Mets to have no chance to sign him, but the league, Mets, Cespedes, and MLBPA agreed to waive that section of the contract, meaning that there is no reason the Mets couldn't sign him other than their own baseball and financial reasons. Still, the club isn’t making any indication that they have an intention of re-signing him. A rumor circulated that, according to a "team official," it is highly likely Cespedes will sign elsewhere.

After donning number 52 for four different teams in the past 16 months, Cespedes is looking to settle down with one team. In a recent interview with ESPN Deportes’ Marly Rivera, the 30-year-old left fielder stated that the contract he’s looking for "has to be six years or more." A long-term commitment like that won’t come cheap to the organization that picks him up, but despite his wavering performance in the postseason, he’ll be a quality addition for whoever signs him.

Predicting where he’ll end up with perfect certainty given the number of teams in search of a left fielder is a bit tricky, but some make more sense than others. Here are four possible fits for Cespedes, but of course, where he'll end up is a mystery. 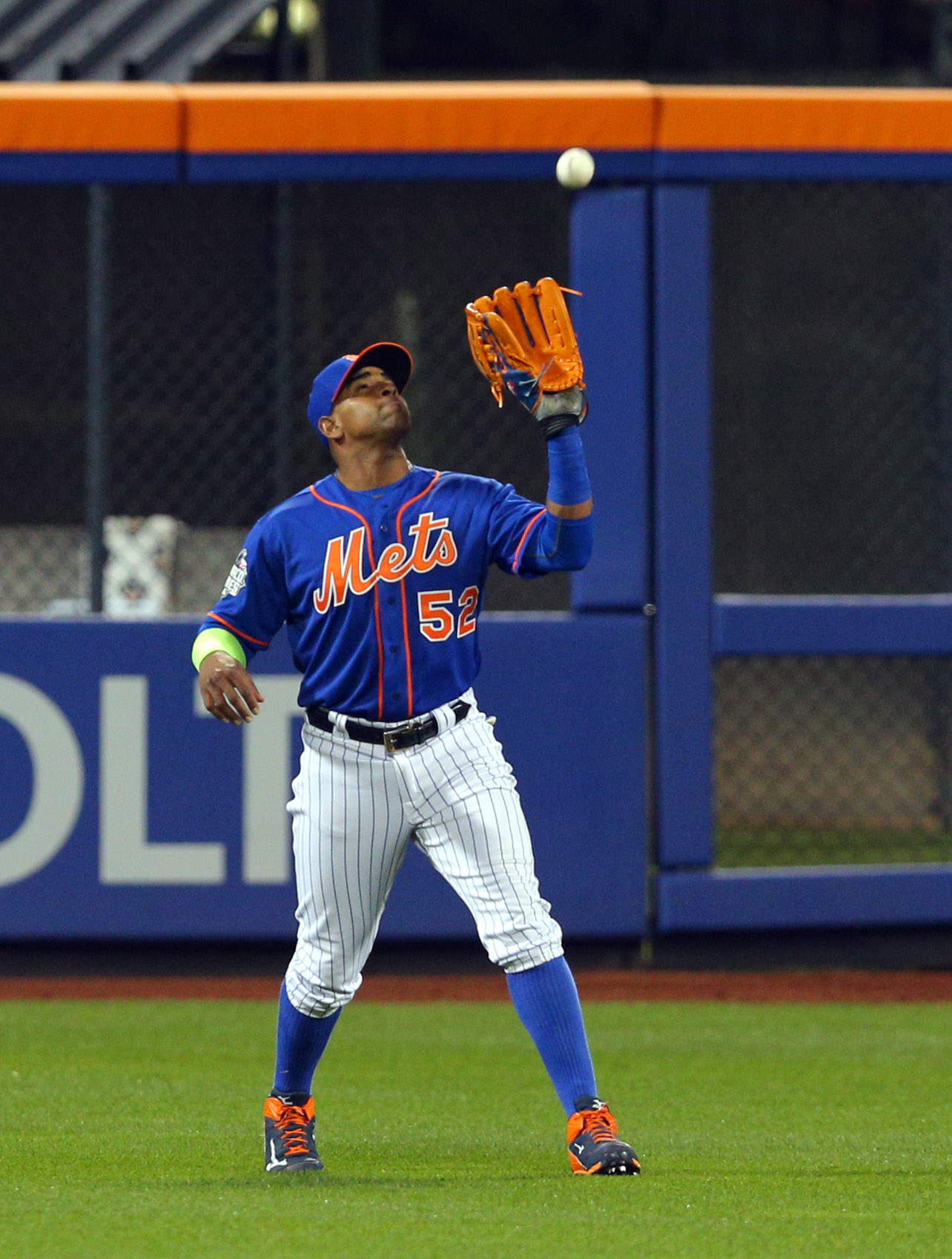 The Detroit Tigers dealt Cespedes to the Mets just minutes before the trade deadline back in July. There is no doubt the Tigers will be in search of quality pitching this offseason, but their need for a left fielder should not be left unmet. If GM Al Avila decides to make a big money move during his first off-season with the Tigers, Cespedes would be a good choice. Although Avila expressed on MLB Network that he’ll try to be restrictive, he’s still under significant pressure to win a championship right away, which Cespedes could help them achieve. The Tigers’ $112 million payroll entering the offseason and predicted budget of around the same as last year’s $173 million would make money tight. It’s unlikely that they’ll have the funds to grab a couple much-needed starting pitchers, a bullpen arm, and a big name like Cespedes. Nevertheless, with 35 home runs and .870 OPS on the 2015 season, a reunion with Cespedes could be beneficial for the Tigers given the need and their familiarity with the player.

MLB Trade Rumors predicts that Cespedes will end up with a six-year, $140 MM contract with the Los Angeles Angels. During the second half of the season, Cespedes was among the top free agents after a generally good season. His worth dipped due to his postseason performance, which may have been due to a lingering shoulder injury.

The Angels may have some room after declining an option to David DeJesus, who wasn’t performing well. They also didn’t extend a qualifying offer to David Freese, though they may reconsider the third baseman. Angels’ assertive owner Arte Moreno was rumored to have highly influenced the organization’s previous addition of Albert Pujols and Josh Hamilton. If Moreno wishes to continue signing of high profile players like the above-mentioned, Cespedes could easily fill the Angels vacancy in left field. A lefty bat might serve the Angels better, but the Texas Rangers just acquired Josh Hamilton, so the LA organization could use a big hitter like Cespedes. He fits the Angels' need for another bat and their tendency to favor star caliber players no matter the cost.

The San Francisco Giants have a lot of corner options heading into the offseason. Signing Cespedes would allow them to keep their 2016 first-round pick and improve in a position that's been up in the air for years. The Giants’ outfield is less packed now that the club declined their 2016 contract options on Marlon Byrd and Nori Aoki, but there is always a possibility of talks with those two as we move closer to spring. Angel Pagan and Gregor Blanco are both nearing the ends of their contracts, and may be trade options for San Francisco. The Giants have indicated that they will be looking to improve the outfield, so Cespedes, with a 15.6 UZR total in 2015, could be a good option. The money is there, and the need might be too. With a big park and many different left fielders over the years, Cespedes might be a nice choice to play opposite Hunter Pence.

The home run heavy Houston Astros have George Springer locked into one outfield spot and a qualifying offer out to Colby Rasmus, but while there is still time for the outfielder to accept the $15.8 million contract, the odds are low. The Astros will be looking to build on their 2015 success in 2016, especially offensively. Cespedes can play their game, putting the bat on the ball with authority. Cespedes finished the 2015 season with an 18.6% home run to fly ball rate and a 135 wRC+, both of which are pretty great.

He may like the idea of hitting among players who led the Astros to second in the AL in home runs, the Toronto Blue Jays leading by just two. Exactly what the Astros are after as of right now remains unclear. They have options to be creative and haven't spent much in recent years. It will be interesting to see how their roster evolves this offseason, and to see if Cespedes becomes a part of it.

Rachel Heacock is a contributing writer for Beyond the Box Score.