Wily Peralta and his improved fastball

Wily Peralta relies on his fastball as much as anyone, but unlike last year, it's been his most effective pitch.

Share All sharing options for: Wily Peralta and his improved fastball

Wily Peralta is quietly having a terrific and frankly underrated sophomore season for the Milwaukee Brewers. After a pedestrian rookie year in 2013, Peralta has lowered his ERA by over half a run and has dropped his xFIP from 4.13 to 3.66. His FIP is still relatively high, though, meaning luck has been on Peralta's side for most of the year. Nonetheless, he was tied for the team lead in ERA entering Saturday night. How? Because his fastball has become a successful pitch.

Peralta has always had a power fastball, using both a four-seam fastball and a sinker according to Brooks Baseball, but they were by all accounts useless during his rookie campaign. His fastball was worth -14.4 runs above average and batters hit .348 against it. To make matters worse, he threw it at a 66.7% clip, which was the eighth-highest rate in baseball.

Through 25 starts in 2014, Peralta is actually throwing his fastball more—67.1% of the time—but because he's locating it better and forcing more whiffs, its effectiveness has been enhanced. Hitters are batting only .242 against it, with Peralta limiting them to a .253 BABIP. His go-to pitch is now worth 3.8 runs above average; that's a tremendous turnaround from a year ago, and he knows it.

"For me it's all about location," Peralta said. "When I locate my fastball down in the zone, it doesn't matter what the count is. That's my best pitch." 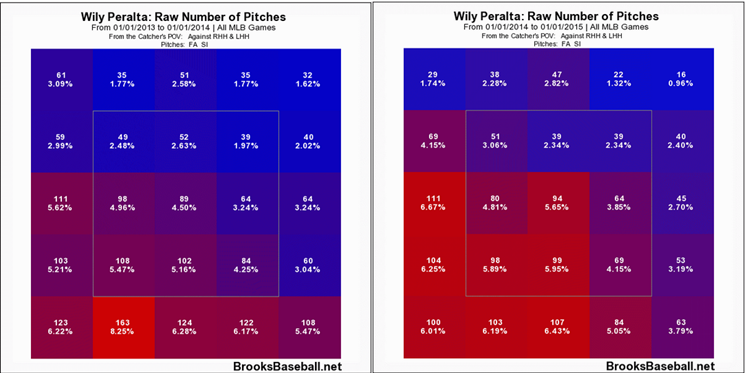 As you can see, Peralta has really started to command the bottom half and outer edge of the zone compared to last season. That's allowed him to get more batted balls on the ground. Take a look at his ground balls per balls in play against his four-seam fastball in 2013. 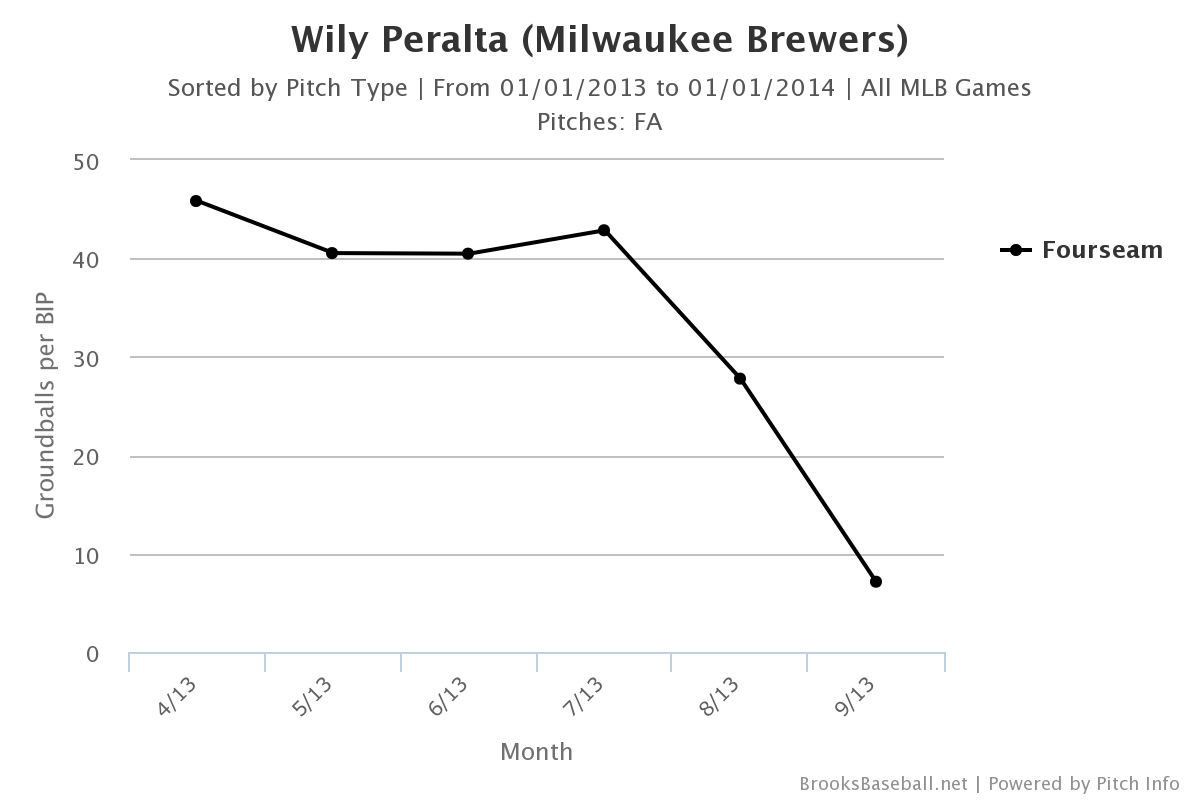 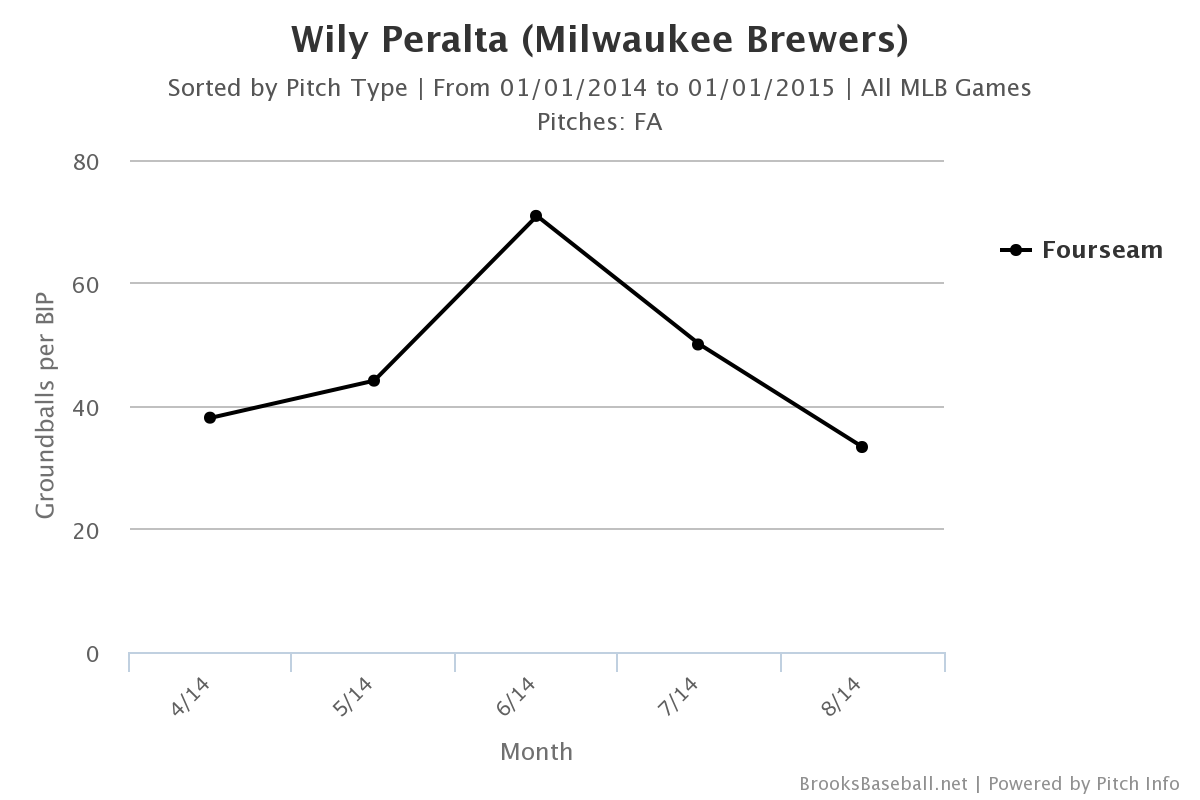 Peralta has been substantially more consistent in getting ground balls via his four-seamer this season. He's hovered around 40 ground balls per month and hasn't had a major drop-off, like he did in 2013. His ground ball percentage on his fastball has gone from 6.54% in 2013 to 9.73% in 2014, due in large part to the fact that he's keeping the ball down.

Another factor in Peralta's fastball rebirth is an increase in velocity. Up from 94.6 mph, Peralta's 95.7 mph average on his fastball is only exceeded by three qualified starters who, I might add, are having splendid seasons of their own -- Yordano Ventura (96.9), Garrett Richards (96.3) and Nathan Eovaldi (95.7). Very rarely does a hitter pull the ball against Peralta's hard stuff.

Even though it's clear Peralta's fastball is more effective than it was at the beginning of his career, home runs continue to be the bug that bites him. He gave up 19 home runs last year in 32 starts and has already topped that this year with 22. Fifteen of those (three on Saturday night) have come off his two fastballs. This is why his FIP is considerably higher than his ERA and xFIP.

But when Peralta locates his hard stuff, which is something he's done all year, he's a very good middle-of-the-rotation pitcher. And at 25 years of age, he still has a few more seasons to hone his skills before reaching his prime.