Despite changing leagues and parks in the 2011 trade, Gio has maintained the traits that have kept him a great pitcher.

Share All sharing options for: Gio Gonzalez and consistent success

When I think of Gio Gonzalez, I think of a guy who's a bit wild but can get the punchout. These tendencies are exemplified by his consistent 20%+ strikeout rate every year and 9%+ walk rate. When glossing over his numbers at FanGraphs, though, as we are wont to do here, I noticed a different trend. Up until 2014, Gio has run a consistently low BABIP, high LOB% and low home run rate. That paints the story of a contact manager. Let's dive in.

I grabbed Gio's BA and SLG* allowed on the three different types of balls in play available, excluding bunts. I then calculated the relative production** (100 is average) he allowed on each batted ball type starting in 2009. Below is a graph of those data. Keep in mind that these are not adjusted for park effects or defense.

*Prior to Sunday's start 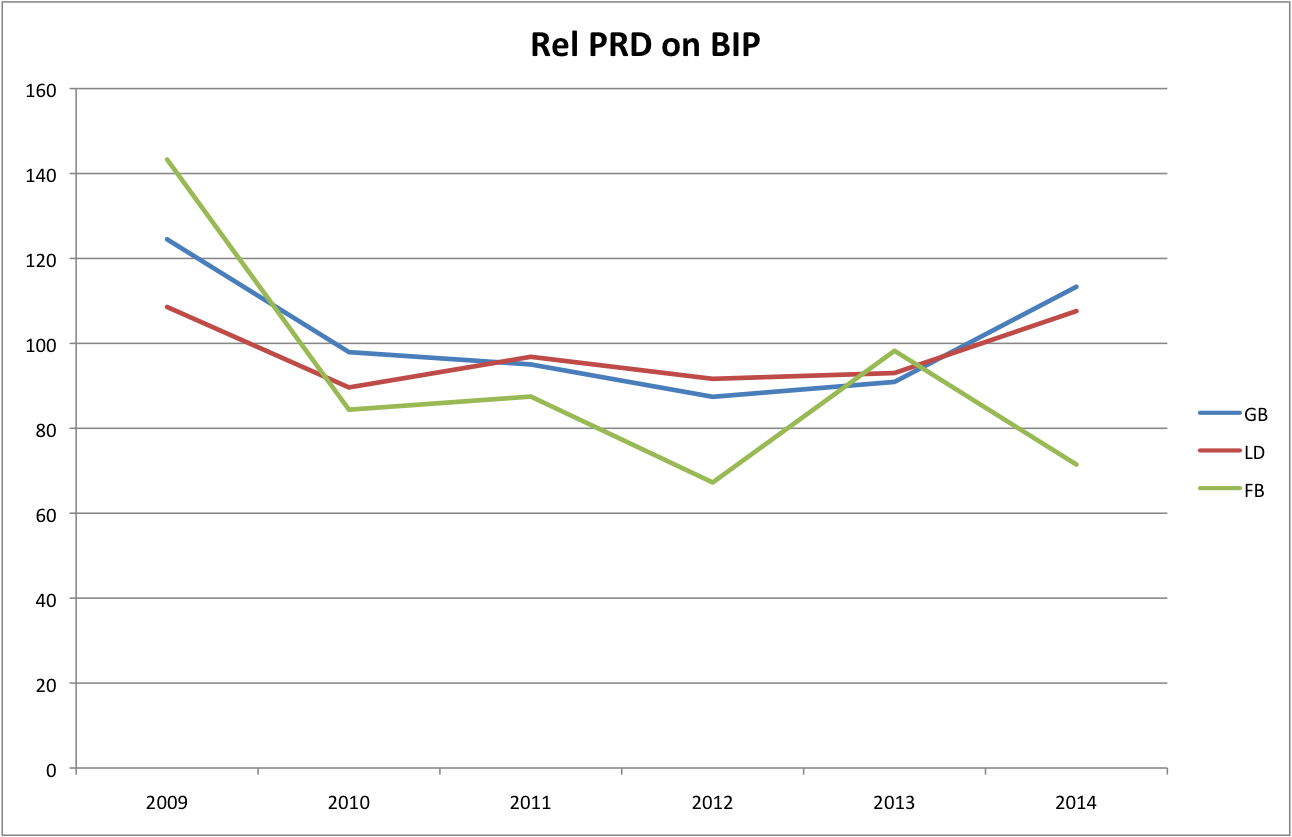 Notice the stretch of consistently below 100 values beginning in 2010. From 2010-2013, Gio allowed a below average amount of production on all 3 types of balls in play. Despite changing leagues, teams, and parks before the 2012 season, he's kept moving forward with his contact management numbers. Given the change, it's possible that the contact management abilities are really a true talent thing belonging to Gio instead of a mirage belonging to the A's or Nationals. His production allowed on ground balls and line drives is up this year, but the history of consistent performance as well as his relatively young age signal more noise than actual...signal.

What's more interesting is that the fly balls have been more limited than the other types of balls in play. Gio is not really known as a fly ball pitcher; in fact, he's spent more time above the average ground ball rate than below it. Gio doesn't really appear to be afraid to throw the ball up against either RHB or LHB, but he spends more time low. 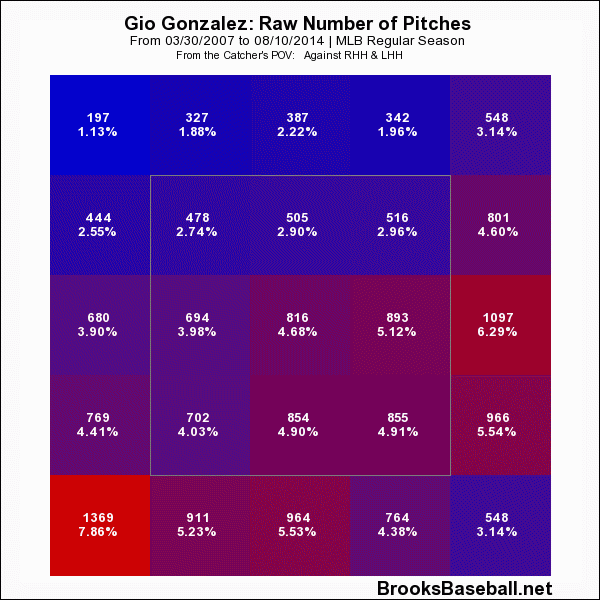 Part of the reason that his production allowed on fly balls is low is that his stuff is hard to hit when it's up. Gio induces a fair number of swings up, and he gets a lot of whiffs up, especially out of the zone, which makes sense. 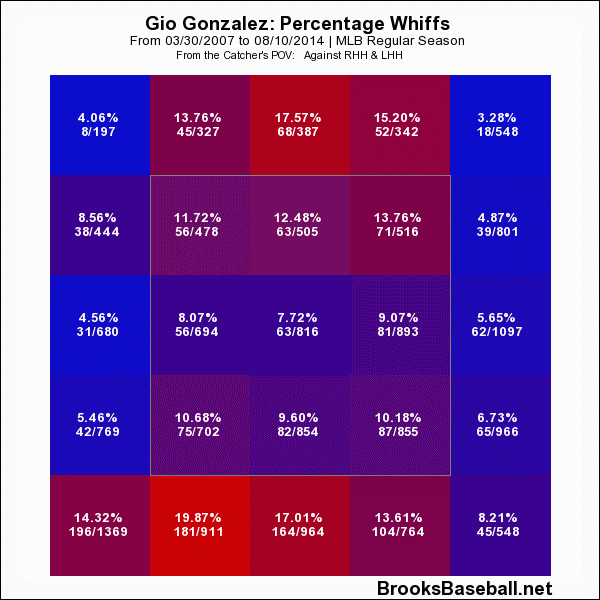 Perhaps since Gio spends more time low, hitters just aren't ready for a pitch up. Whatever strategy Gio is employing, it's working. He's pitched like an ace since 2010. An analysis of how effective velocity comes into play could perhaps shed more light on how Gio induces weak contact. I plan this for the future. For now, a high strikeout, contact managing starter is plenty good for the Nationals.

All statistics courtesy of FanGraphs and Baseball-Reference and Brooks Baseball.

Kevin Ruprecht is a Featured Writer of Beyond the Box Score. He also writes at Royals Review. You can follow him on Twitter at @KevinRuprecht.