It's time for our annual tradition! Presenting the Beyond the Box Score staff votes for the 2014 All-Stars!

So -- today we're finishing out our picks for NL and AL All-Star starters. We've already posted our NL starters, so hooray for that!

Early next week, we'll let you know who we chose as our reserves. And we believe in transparency, so we'll provide a spreadsheet or three with all the votes of our staff, so you can perhaps get a glimpse into who was considered, and how much.

So, without further ado -- here are our AL starters and the vote results!

Yawn. Miguel Cabrera has rebounded from a terrifying end to his second consecutive MVP season (just don't watch footage from September 2013, okay) to return to the upper echelon of MLB hitters. While he isn't mashing quite like his previous several seasons (his wRC+ of 149 is his lowest since 2009), he's still an offensive juggernaut and sits in the top-20 in FanGraphs wins above replacement (fWAR) among position players.

About half of our staff marked Edwin Encarnacion on their ballots instead of Miggy, and the reasoning is fair: Edwin has 26 homers and has been a more potent hitter in 2014. While Cabrera's a capable defensive first baseman, Edwin is, uh, not -- and perhaps that gave the Tigers' cornerstone the edge in this tight race.

(P.S. - Miguel is not going to beat that pesky Angels center fielder in the MVP voting this year.) 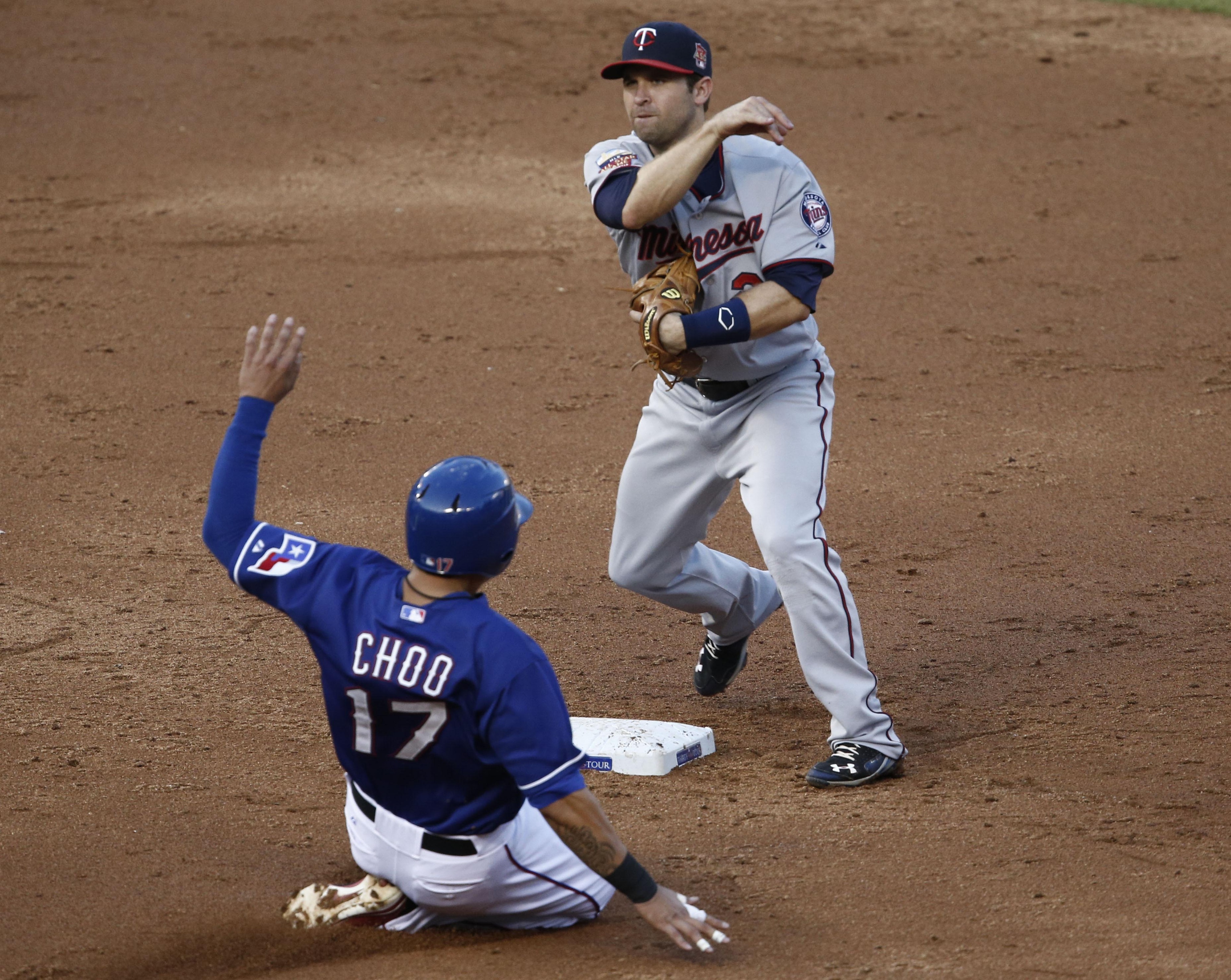 Brian Dozier has gone from being second base's best kept secret (seriously, he had a strong 2013), to being -- well, he's still a bit overlooked. Seriously, it sucks to play in Minnesota. Dozier started off the season with a bang, and has 16 homers and 15 steals to his name, while playing solid defense up the middle. He's struggled with keeping his batting average high, but he walks enough to keep his OBP solid-ish, and that'll get the job done.

Now, you may be wondering how Dozier lapped strong seasonal performances by the bigger names of Kinsler, Cano, and Pedroia. To be fair, this voting completed about a week ago (finishing on June 25th), so the recent hot stretches by Ian Kinsler and Jose Altuve weren't taken into total account. I do think we'll do right by those two in the end, though. 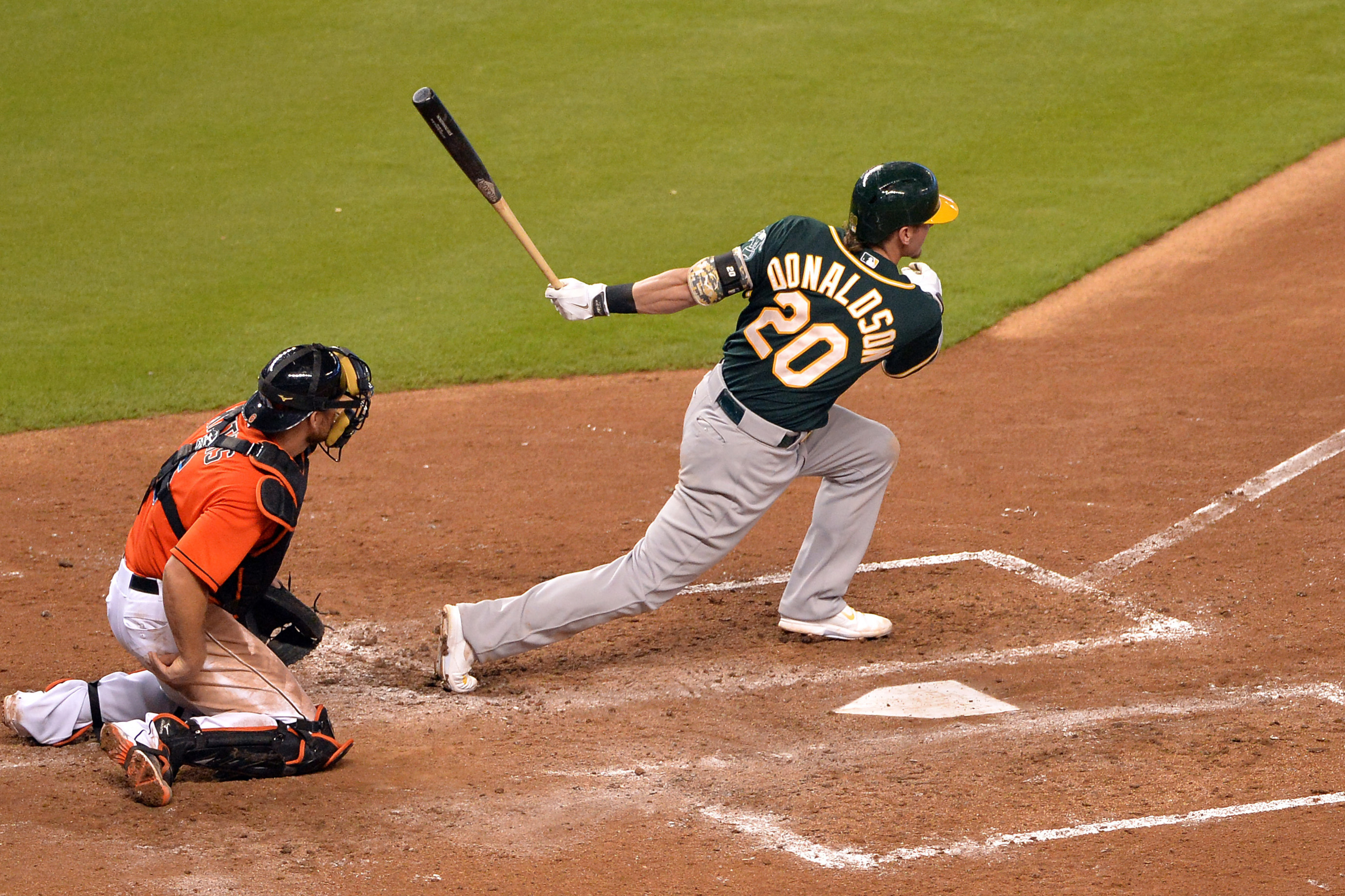 I guess Josh Donaldson is having a down year, but that's only because his overall performance in 2013 made him an MVP candidate. In 2014, he's merely an All-Star, and a very good one. Generally considered an excellent defensive third baseman, Donaldson also swings heavy lumber, and his power has actually risen since last season. He's got 18 home runs already, and could challenge 30 by the time the season's over.

Often, it's said that the Athletics are a team without a superstar. If someone ever says that to you, take note: they are wrong. Josh Donaldson is a superstar, so long as he keeps up this level of production. He's a very-slightly-less-rich-man's Evan Longoria now. 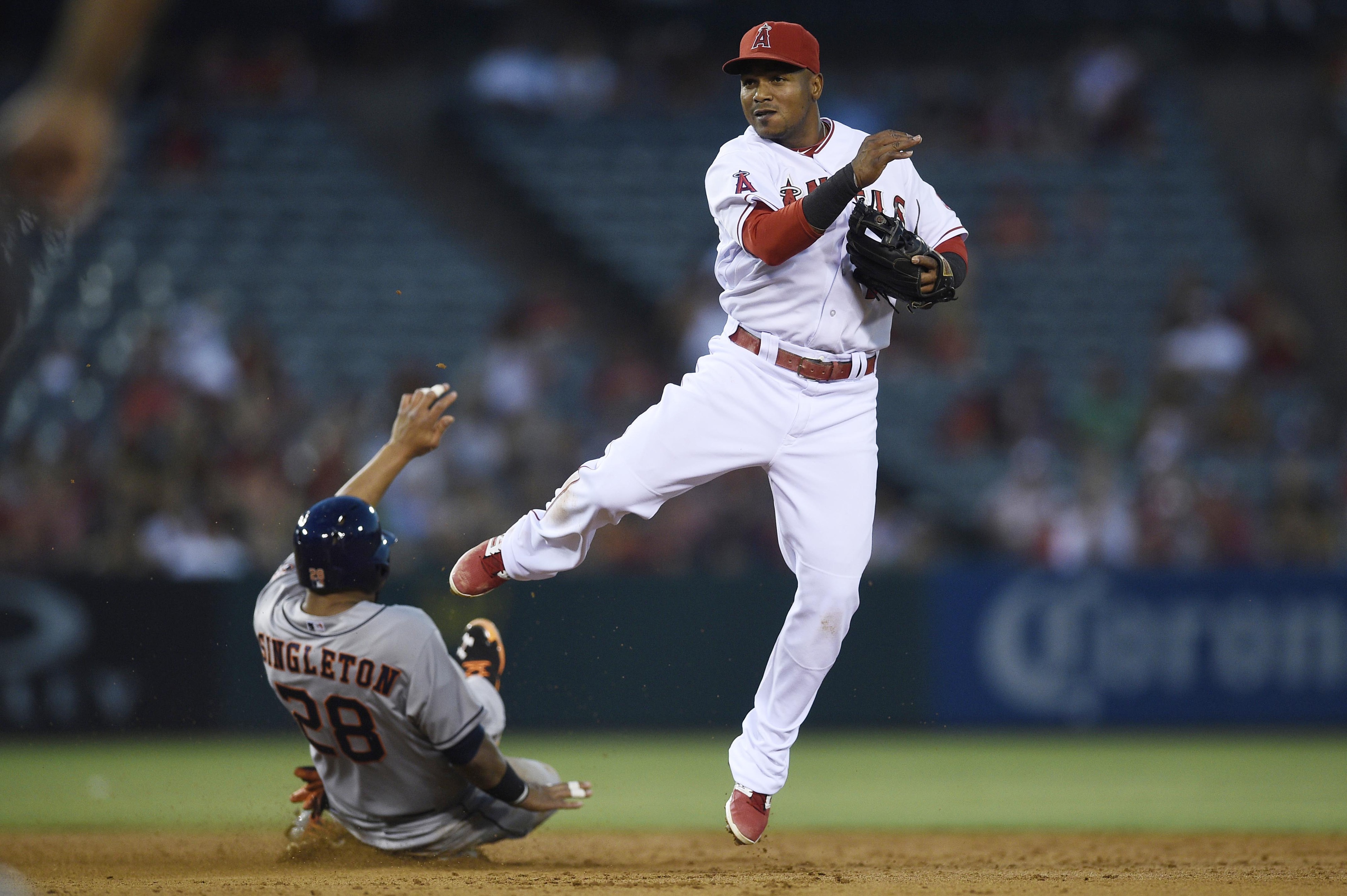 I mean, it's not Erick Aybar's fault, but the American League shortstop pool is kind of All-Star-less. There's not a great, standout candidate among the bunch. There are no transcendent performances, no stars who deserve it on name recognition alone -- I assume from his performance this season that Derek Jeter died during the offseason -- and what we're left with is simply a couple of good-to-average shortstops having slightly-above-average seasons.

Aybar's the best of that bunch, in our minds. He's a highly-consistent league-average hitter who's been hitting about league average (.273/.311/.410), and he's a good defender who's playing good defense. His usual baserunning gifts have been stifled this season, but nevertheless, he's our man. #damningwithfaintpraise 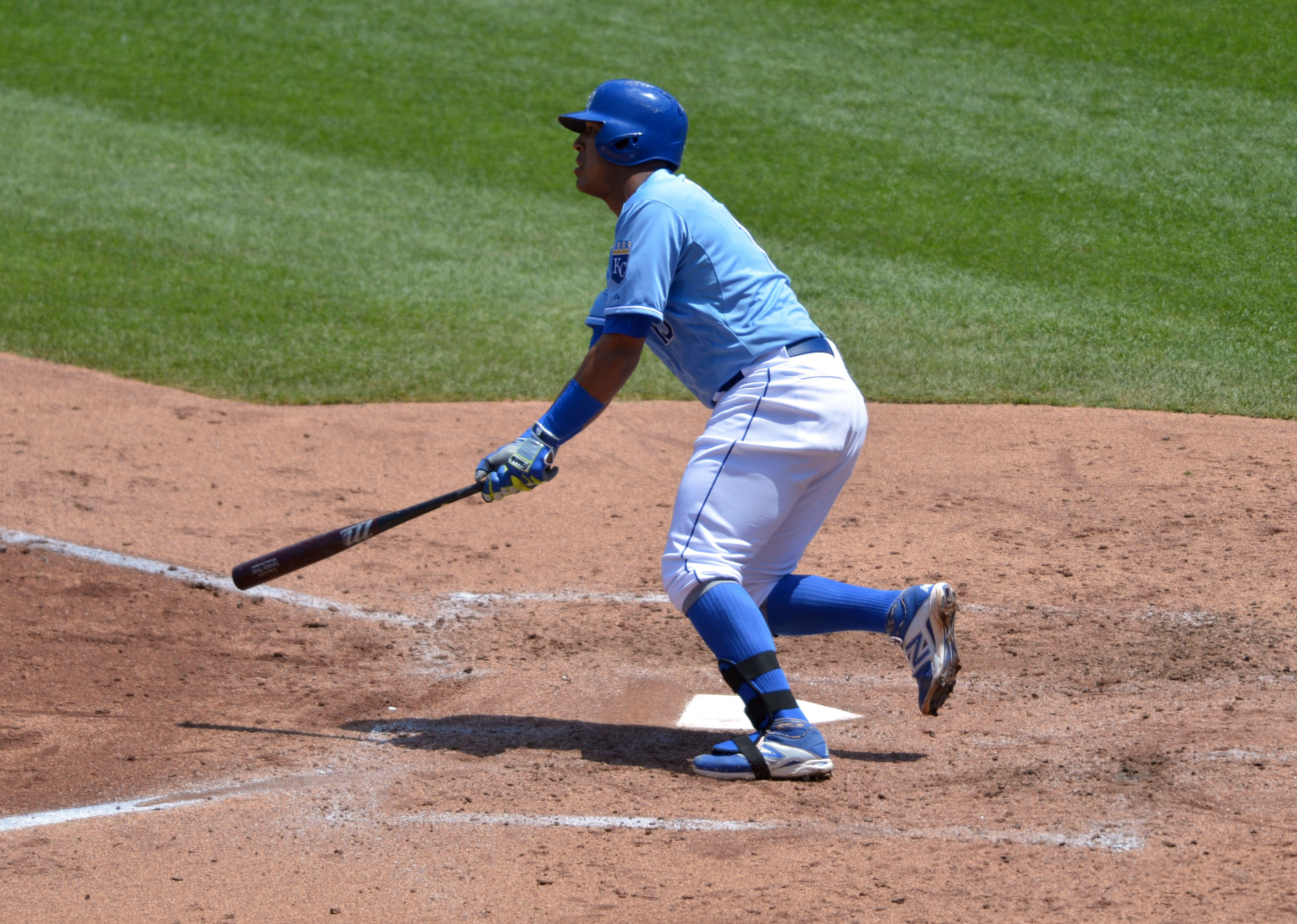 I really, really like Salvador Perez. The Royals' young backstop has seen his value far exceed his gonzo contract extension*, and is probably one of the best values in all of baseball. He's considered one of the finest defensive catchers in baseball due to his strong ability to block pitches and control the running game. And while that along can make for a valuable commodity, Perez has also shown improving pop and a good hit tool.

Of course, I don't believe he's given his team the most value of any catcher in baseball this season. But you already know that. If Perez can learn how to frame pitches a little better, and even carry that skill at an average level, we'll be seeing him here in this spot for years and years to come.

* - If you ever think Dayton Moore's been a total failure in Kansas City, this is Example A as to why he hasn't been a complete disaster. 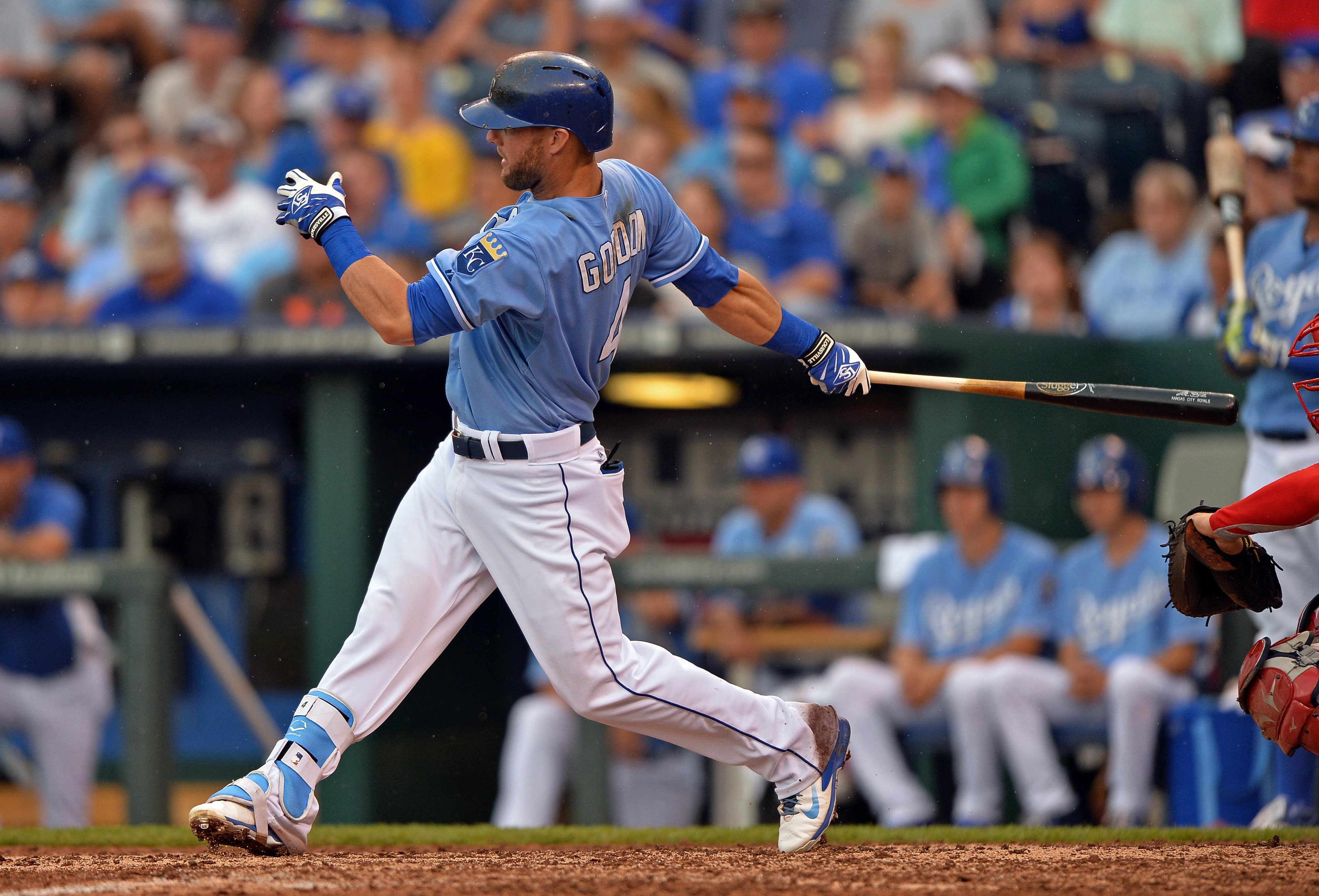 Two Royals in an All-Star Game starting lineup? People in Kansas City must be freaking out. It's kind of interesting that years after Alex Gordon "failed" in his attempt to be the next George Brett, he's become incredibly valuable as something totally different. Instead of a hit-everything third baseman, Gordon has become a get-on-base-and-play-world-class-defense left fielder. And that works too.

Advanced defensive metric UZR has Gordon's outfield work as worth two full wins at this point in the season. That's an incredible amount. While the real value, and his real talent level, may lay somewhere below that high bar, Gordon is able to hit at enough of an above-average level to let his glove to the talking. 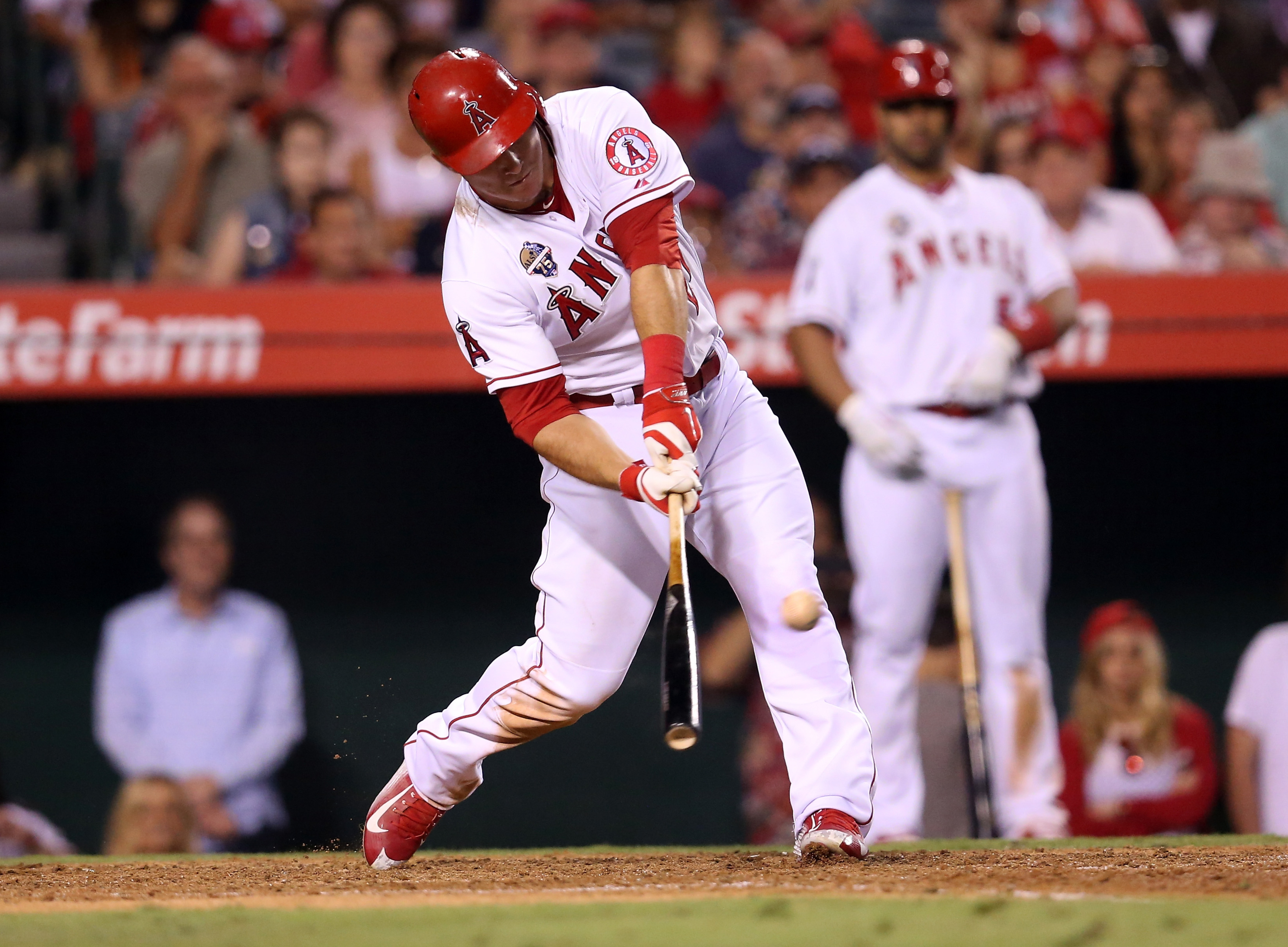 Item 1: Mike Trout had a rough start to his season.

Item 2: Also, Mike Trout is better this year than he was last year, especially as a power hitter.

Item 4: This year, he still is, despite the fact we know slightly more about the Milky Way.

Item 5: Mike Trout's mom follows us on Facebook. We assume it's because we're higher on Mike Trout than she is. 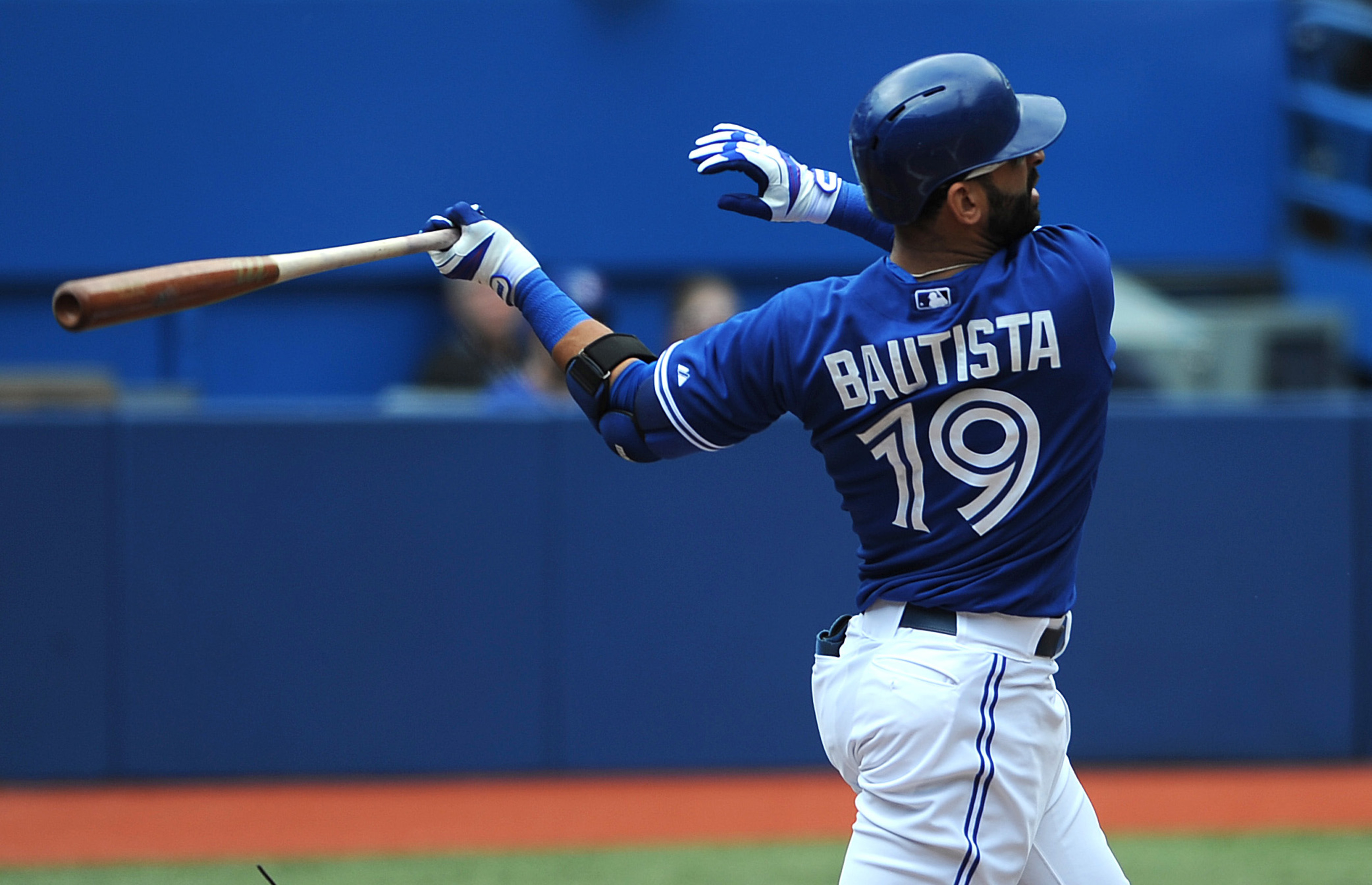 Our other unanimous selection in the AL is a bad, bad man. Jose Bautista is back to being as productive offensively as he was when he was swatting 54 home runs in 2010. Though the home runs aren't piling up in the same way -- he's "only" got 17 so far this year -- his plate discipline has helped carry him to a .425 on-base percentage. That, combined with his power and the occasional miracle play in right field (he's had two 9-3 putouts on what should have been singles this year), makes him a no-doubt All-Star and one of the better outfielders in the league (non-Trout division).

His toughest competition are guys like George Springer, Lorenzo Cain, Kevin Kiermaier, and despite good seasons by those guys, this really is no contest. 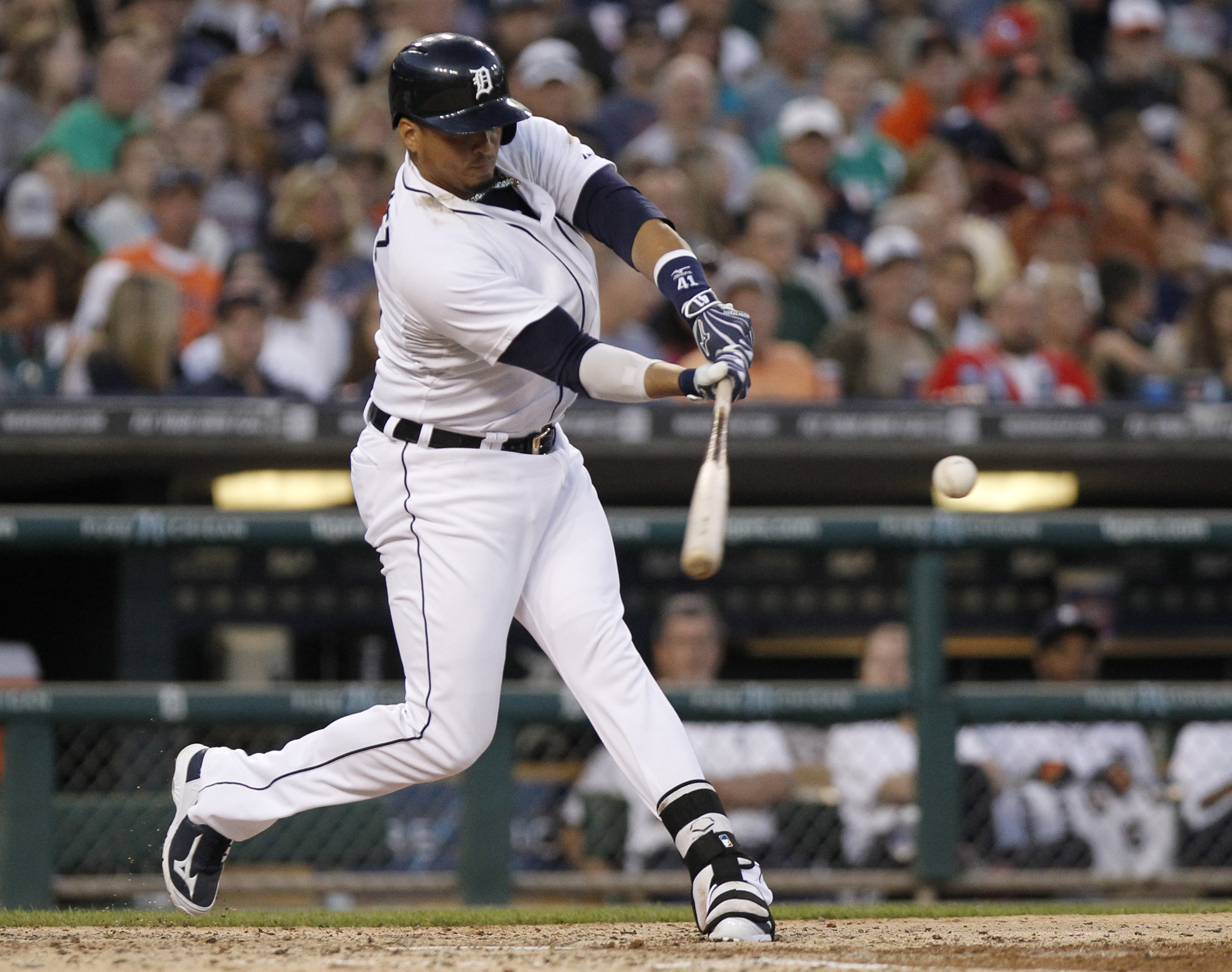 Though his position this year has primarily been designated hitter, he's been such a great hitter, that he has powerful overall value (2.5 fWAR). And despite hitting somewhere between 10%-30% better than the league average in his previous seasons, V-Mart now is hitting about 65% league average. He's had the third-best offensive season of any player in the AL, and he's a great choice as this team's DH.

A quick item here: we’ve altered our voting system so that the DH was selected during the reserve voting, rather than the starters voting. That’s why you may see some weird stuff in the vote breakdown below. At any rate, you’ll see Victor’s vote spreadsheet in our reserves post, 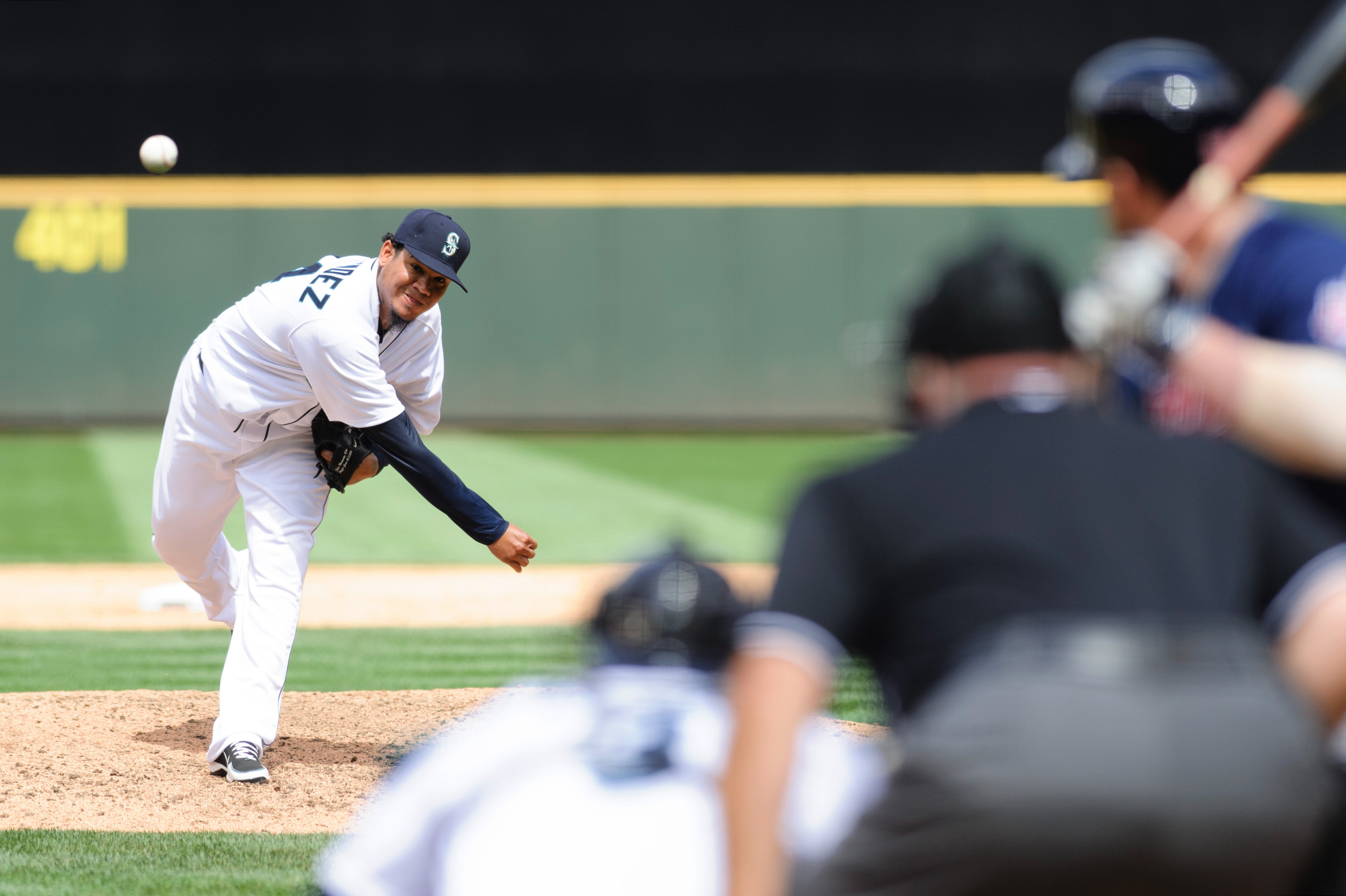 The Once and Future King has been at his best during his ninth full season in the big leagues. And while he may not have the dominant stuff of Japanese imports Yu Darvish and Masahiro Tanaka, he's been the second-best starting pitcher in baseball this season on a rate basis, behind Clayton Kershaw. The thing is -- Hernandez has already thrown over 135 innings. That means a fWAR of more than five wins above replacementand a huge chunk of innings eaten for one of the season's surprise success stories.

While Tanaka's been phenomenal in his rookie season, and doesn't get the benefits that Felix does pitching in a pitchers' park, he couldn't muster enough support from our writers to overtake the skillful veteran from Seattle. The only good news for Tanaka is that Felix should be nearing retirement soon, having been pitching successfully in the bigs for about 10 seasons.

Just kidding. Felix Hernandez is in his age-28 season. He's not going anywhere, except likely the Hall of Fame.

You can find the ballots for all of our staff voters here, in a Google Doc.

Bonus item: I've created a potential starting lineup (optimized by The Book as best as I can) for this American League All-Star team.

Later this week, we'll feature our All-Star reserves! Stay tuned to see if your picks made the cut!