Bumgarner has been making adjustments throughout his career regarding how he attacks opposing hitters. Those adjustments have helped him keep one step ahead of hitters.

Young left-hander Madison Bumgarner is having a fantastic season so far. His strikeout rate is the highest it's ever been, and his walk rate has lowered back down to career norms after a 2013 spike. Here is his stat line to date. It's very pretty, filled with things that look sustainable, except maybe the high BABIP. That would work in his favor. His ERA almost exactly matches his xFIP. I find satisfaction when peripherals line up like this.

With an increase in his K-BB%, and a decrease in FIP and xFIP, I would like to investigate if Bumgarner has made any changes this year. We always like to find causes for improvements like this because we want to believe the improvement is sustainable. If we can find a cause, improvement is more likely to be sustainable. With FanGraphs' new heatmaps, we can delve further to see how Bumgarner is attacking hitters differently, if at all. 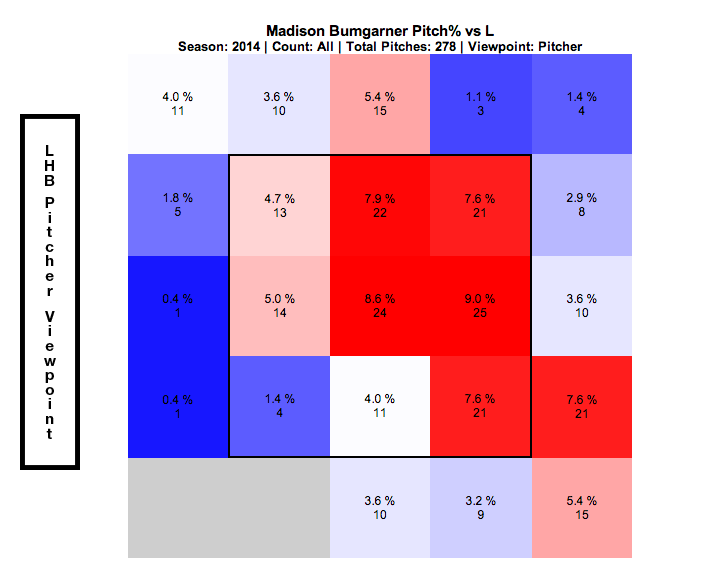 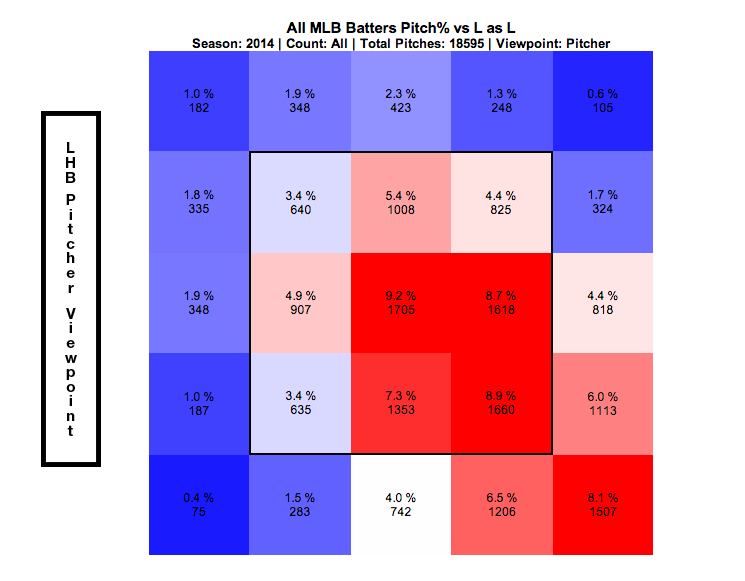 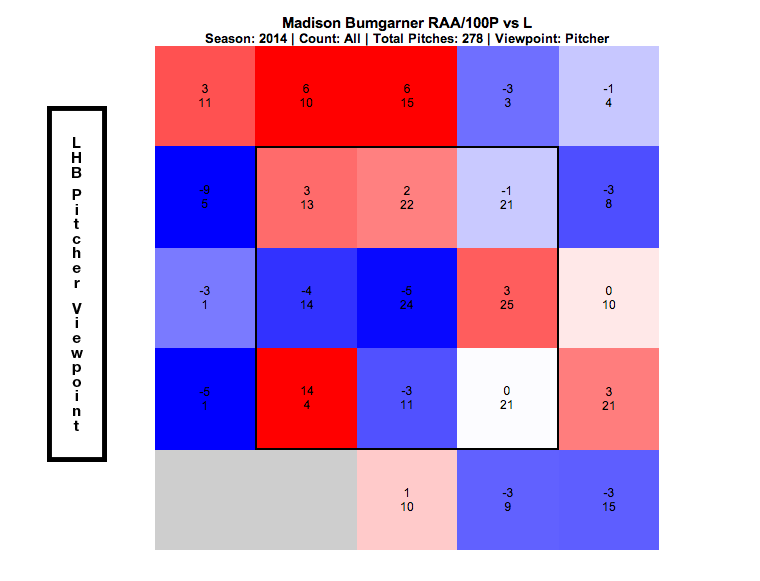 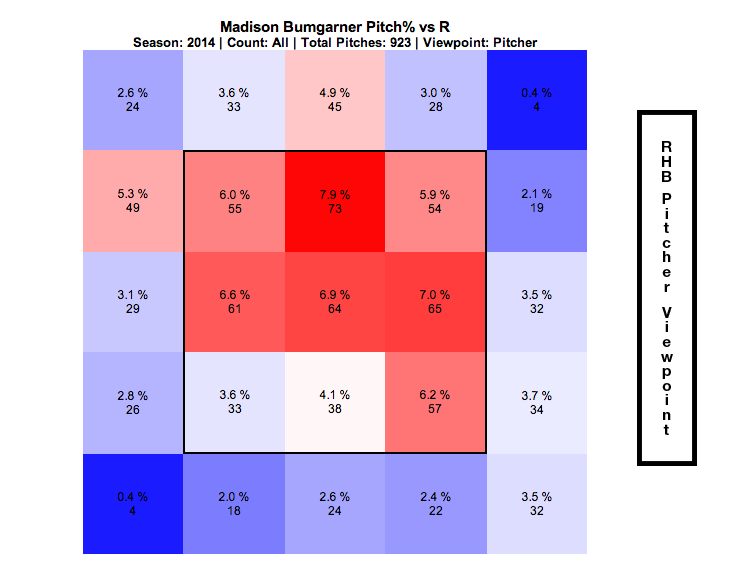 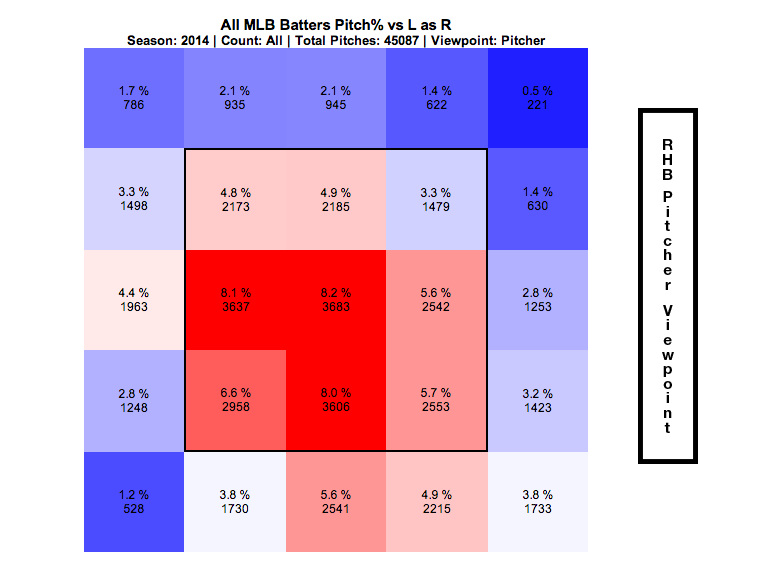 Most left handed pitchers try to stay low and away against right handed batters. Bumgarner does not. He attacks right handed batters up and at both sides of the plate, at least in 2014. There is another trend happening here; Bumgarner used to use the lower part of the zone more and the upper part less, and there has been a corresponding decrease in GB% as he has used the upper part of the zone more. How has this worked out for him? 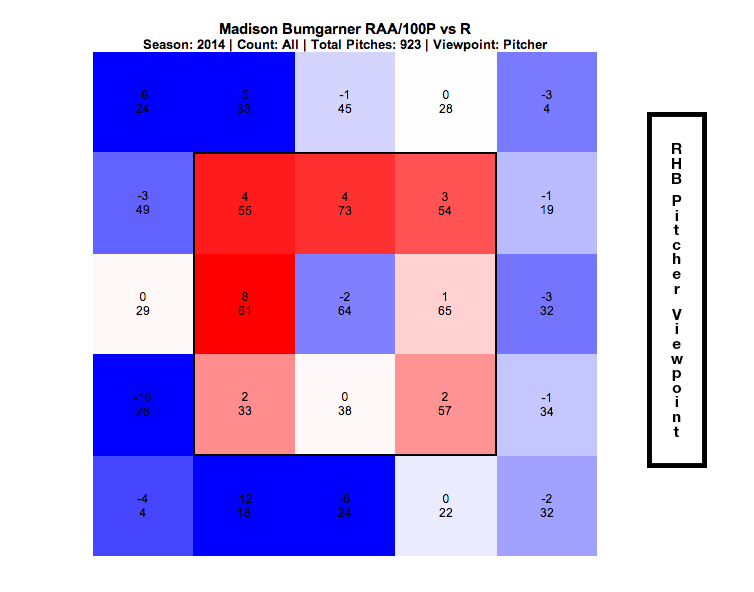 Mr. Bumgarner knows what he's doing; against right handers, he's defying the conventional "low and away" philosophy and having great success by working the upper part of the zone to both sides of the plate. He's employing a similar strategy as Chris Young, whom Eno Sarris detailed at FanGraphs. If I were a left handed hitter, I would go up to the batter's box, tip my helmet, and sit back down. The 2014 wOBA hasn't come down just yet, but that could be related to the high BABIP he's running. The K-BB% is at a career high against both handed batters. Bumgarner's evolution of how he has attacked hitters looks like it is at least partially responsible for his improvement in performance, and perhaps some of this new level of performance is sustainable. Signed to a team-friendly contract, Bumgarner is one of the best young pitching assets in the game.

Kevin Ruprecht is a Featured Writer for Beyond the Box Score. He also writes at Royals Review. You can follow him on Twitter at @KevinRuprecht.