It’s still early, but Jose Dariel Abreu has already begun to make a name for himself.

When the White Sox signed Jose Abreu in October there was plenty of speculation over whether or not an unproven talent was worth six years and $68 million. However, eleven games into the season Abreu is answering these questions emphatically. Not only has he been hitting the ball with authority, he's also been garnering respect from opposing managers. In the second game of the season, Ron Gardenhire intentional walked Abreu twice in the same game to prevent him from hitting with runners in scoring position. And Friday night, Abreu received the intentional base on balls via Terry Francona. While we can't jump to conclusions with such a small sample size, let's at least investigate what we've been presented with thus far.

Let's first begin with how pitchers are attacking Abreu. 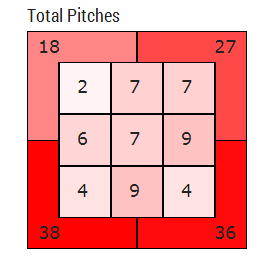 As we can see, pitchers are keeping the ball down, away, and away from the middle third of the plate. It's clear, pitchers are being careful with Abreu. However, despite this Abreu has shown he's capable of countering acting this by showing some impressive plate coverage. 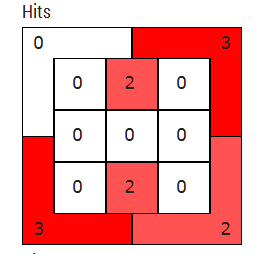 That's right, eight of his twelve hits have not even been in the zone. To further emphasis this, as Jeff Sullivan pointed out earlier this week, here are the locations of his two knocks on Opening Day.

The first one Abreu pulls his hands in and hammers a fastball into left field for a single. 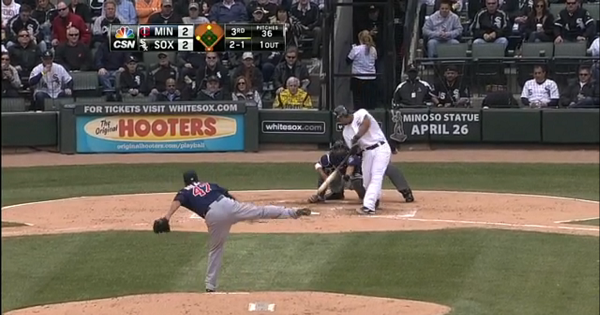 Then soon after Abreu extends his hands and smashes this pitch into right center for a triple. 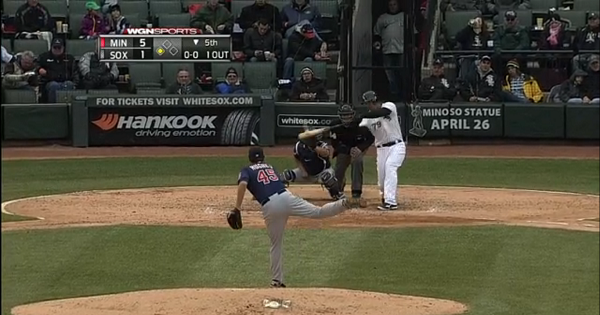 That's impressive plate coverage to say the least. The ability to both pull one's hands in and extend when needed is not a skill many Major Leaguers possess. As if that wasn't enough Abreu has also demonstrated the strength to hit for power both inside and away. Here is his first home run of the season.

While Coors Field probably helped get this over, it's worth noting Abreu had to battle. In total this was a twelve pitch at bat. As Hawk Harrelson likes to say "The more pitches a hitter sees, the more dangerous he becomes." However, Abreu's next one that night was a no doubt, opposite field screamer.

Eight of his twelve amount of hits have been on the warning track or over the fence and with plenty of hard hit balls up the middle, that's about as good of raw power as you'll find. The other day ESPN analyst, Eduardo Perez, compared Abreu to Albert Pujols back in his heyday. If Abreu continues to maintain this level of production, it might not be that much a stretch to compare the two, at least for the time being.

Again, it's important to remember that it's only eleven games, so we can't make any bold conclusions with certainty. Yet, in this brief period of time, Jose Abreu has demonstrated raw power and impressive plate coverage, which in turn is a force to be reckoned with. Such a force is capable of running away with Rookie of the Year honors and being a legitimate candidate for many more accolades. Only time will tell, but in the meantime, pitchers should beware.

All graphs and pictures courtesy of FanGraphs and Baseball Savant and Texas Leaguers.