What is the consensus ranking for each of the Yankees' top prospects?

Also, not many sites ranked Masahiro Tanaka as a prospect, for very good reasons. But, some did and some people may be interested in where he fits in reference to the Yankees' minor league players. Of the three sites that did rank him, each put him as number one. So in the consensus list, I gave him a ranking of number one in each of the lists that did not rank him, but left the other rankings the same.

An A-Blog for A-Rod

Here is a spreadsheet that contains all of the 2014 New York Yankees top prospect rankings in one place. I have removed Keith Law's as his lists require a subscription, though his list is included in the final tally.

Corey Black, #18 - To the Cubs for Alfonso Soriano

Here is a chart of the Yankees' prospect rankings. The error bars represent the minimum and maximum rankings for each prospect. 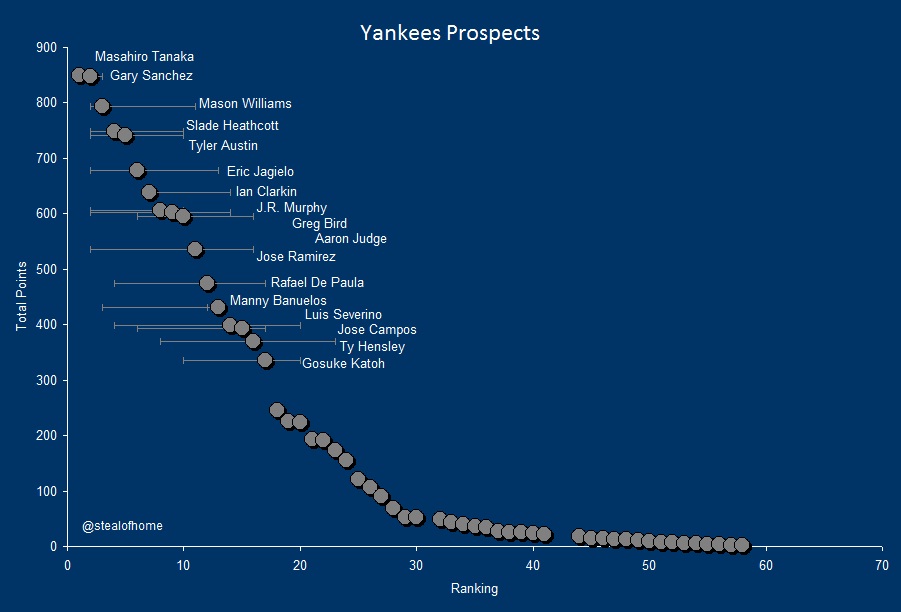