Projection systems are often (rightfully) conservative when projecting individual player seasons. What if we focused on the distribution?

Share All sharing options for: A potentially useful projection system

The projection systems we use in baseball are notoriously conservative. That's the nature of the business. You can't project anyone to have a Barry Bonds season because those seasons are incredible rare. A good system will miss on most players, but will miss evenly. Some players will beat projections, some will fall short, and very few will miss dramatically in either direction. But the results we see are the results of a process that tries to predict individual players rather than the performance of the league, which has always left me with a burning question. What if we just tried to predict the qualifying seasons without worrying about which player was attached to which projection?

Don't get me wrong, this is not going to be better than ZiPS or Steamer; it's going to be different because it has a completely different goal and it's entirely experimental. The goal here is to project the 140 qualifying seasons for 2014 without being concerned about whether or not the projection makes sense for the player in question.

Steamer's 2014 projection has just one player with a .400 wOBA or better, but there were eight players with a wOBA that high in 2013, five in 2012, and ten in 2011. Steamer is trying to predict each player as best as it can, so the conservatism makes sense. Instead of trying to get the individual projections right, I'm going to shoot for getting the distribution right and will simply attach a player to the projection based on where they fall in the Steamer projection. Things should be clear once we get started.

To develop the system, we'll take the 2011-2013 seasons and will rank the qualifying players 1-140 by their wOBA. To make sure the numbers match, we'll drop the qualifiers in 2011 and 2012 below the 140 cutoff with the fewest number of plate appearances. Next, we'll average wOBA across the ranking, so the ninth best wOBA in each season will be added together and divided by three to get the 2014 projection for ninth in wOBA. We'll then grab the player who is ranked ninth in Steamer wOBA and compare the two. 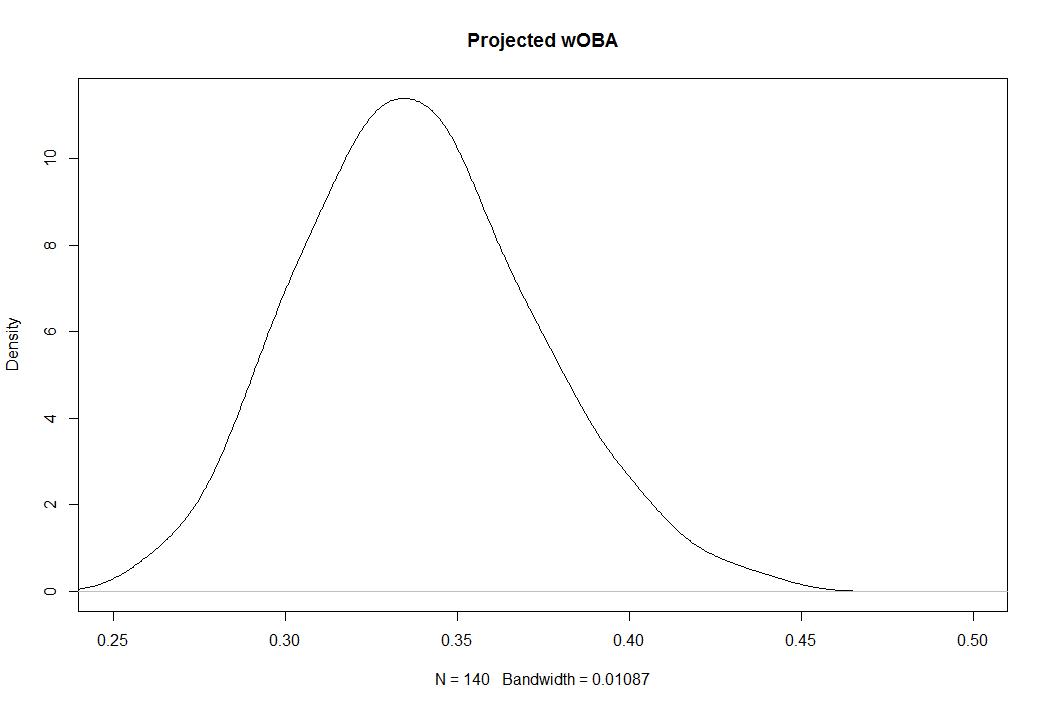 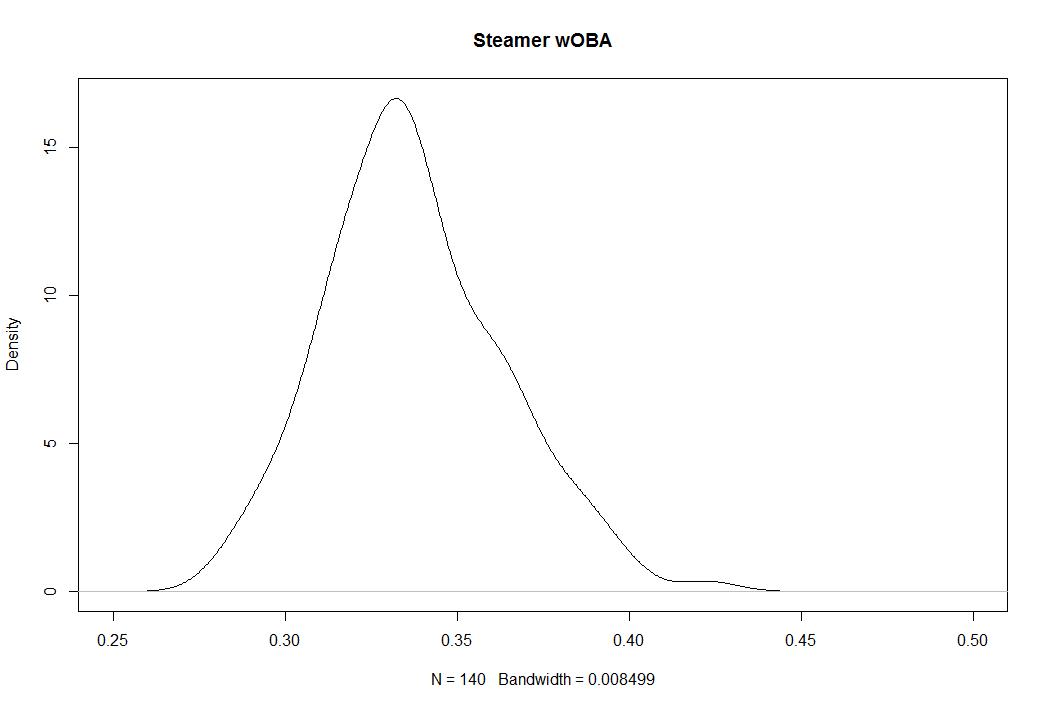 This post doesn't come with a magic takeaway point. It's just an adjustment to projection system to see how it works. We won't know if this is useful until the end of the season, but the basic idea is one about which I've been thinking during projection season. The systems try to get the players right relative to their actual performance. This system takes Steamer's rankings relative to each other and imposes them onto an expected distribution. Can we do better if we break the work of projecting into two separate stages; rankings and distribution?

So bookmark this page and come back at the end of the year. If it goes well, we'll do it again. If it doesn't, the comments section are yours to remind me.