What is the consensus ranking for each of the Cardinals' top prospects?

Carlos Martinez is technically not a rookie, but was ranked on many of the lists. Because of this, I included him in my rankings and gave him a two ranking in the lists he was not eligible. Randal Grichuk was traded to the Cardinals in the middle of the offseason, after some of the lists were created. To offset this, I gave him a ranking of 10 where he was missed.

Here is a spreadsheet that contains all of the 2014 St. Louis Cardinals top prospect rankings in one place. I have removed Keith Law's as his lists require a subscription, though his list is included in the final tally.

Michael Blazek, #25 - To the Brewers in the John Axford trade

Here is a chart of the Cardinals' top prospects. The error bars represent the minimum and maximum ranking for each prospect. 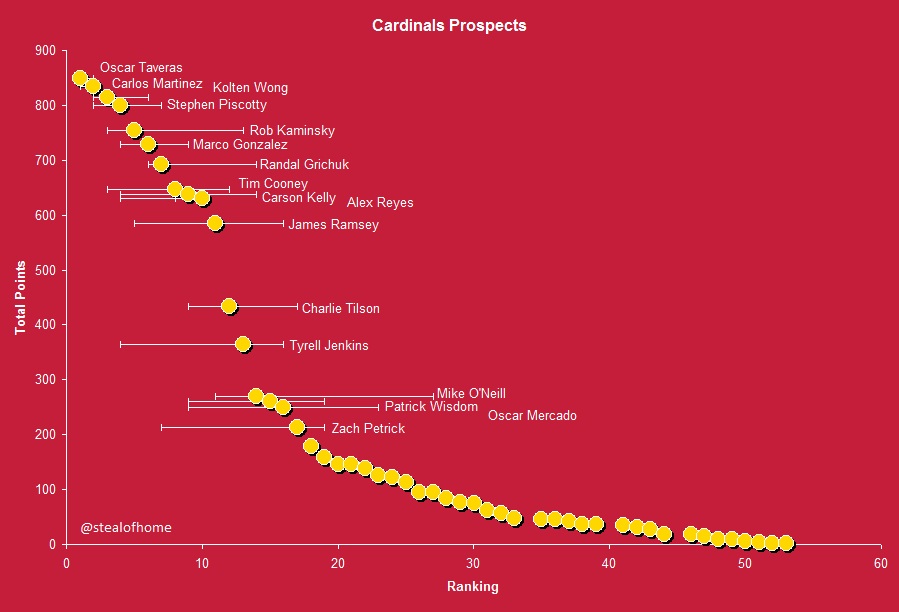