What is the consensus ranking for each of the Boston Red Sox top prospects?

How do I do this? Each time a prospect appears on a list, he gets a number of points (61 minus his ranking). The prospect with the largest amount of points is ranked first.

I removed Brandon Workman and Drake Britton from the few lists that ranked them as they have technically lost their rookie status.

Fire Brand of the American League

Here is a spreadsheet that contains all of the 2014 Boston Red Sox top prospect rankings in one place. I have removed Keith Law's as his lists require a subscription, though his list is included in the final tally.

Here is a chart of the Red Sox top prospects. The error bars represent the minimum and maximum ranking for each prospect. 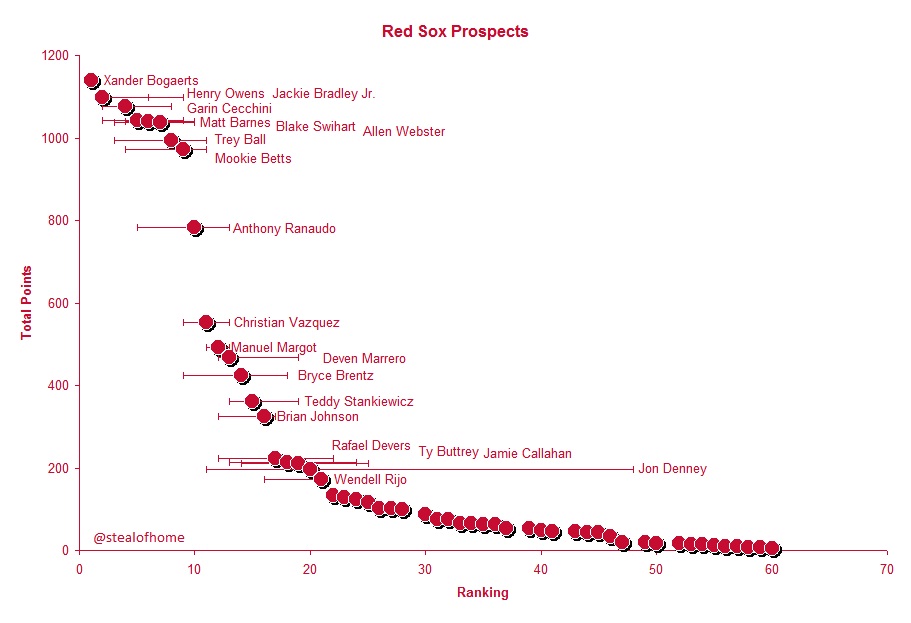