What is the consensus ranking for each of the Rays' top prospects?

How do I do this? Each time a prospect appears on a list, he gets a number of points (21 minus his ranking). The prospect with the largest amount of points is ranked first.

A whole slew of lists came out before the Rays traded for Nate Karns, Matt Andriese, and Curt Casali. In Karns' case, I gave him an eight ranking for the lists that missed him. For Andriese, I gave a 13 ranking for him in only the lists that missed him that also go to 15. I did nothing with Casali's ranking as he wasn't even ranked on every list where he was eligible.

Here is a spreadsheet that contains all of the 2014 Tampa Bay Rays top prospect rankings in one place. I have removed Keith Law's as his lists require a subscription, though his list is included in the final tally.

Here is a chart of the Rays' top prospects. The error bars represent the minimum and maximum ranking for each prospect. 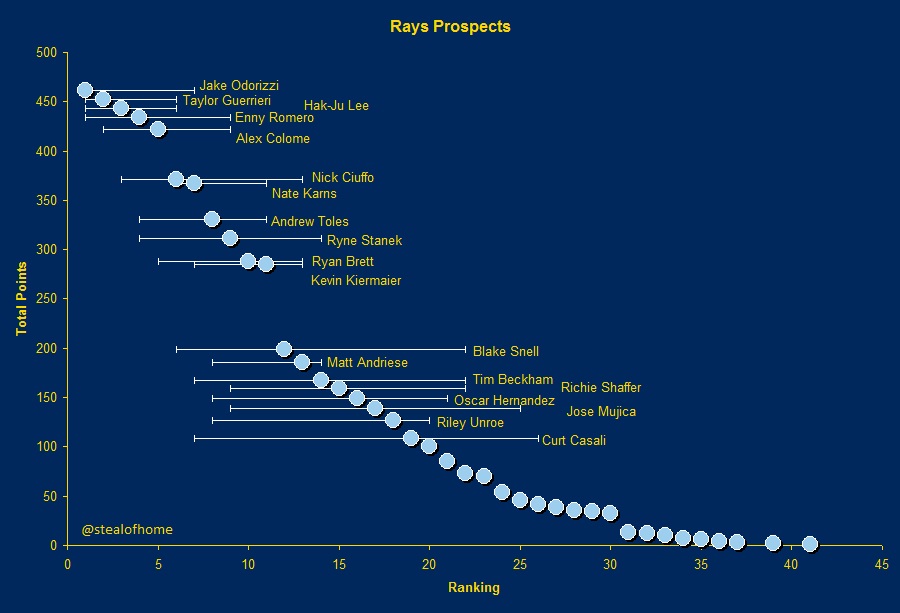