What is the consensus ranking for each of the Angels' top prospects?

Monkey With A Halo

Here is a spreadsheet that contains all of the 2014 Los Angeles Angels top prospect rankings in one place. I have removed Keith Law's as his lists require a subscription, though his list is included in the final tally.

Randal Grichuk, #5 - To the Cardinals in the David Freese trade
A.J. Schugel, #15 - To the Diamondbacks in the Mark Trumbo trade

Travis Witherspoon, #12 - Claimed by the Mariners

Here is a chart of the Angels' top prospects. The error bars represent the minimum and maximum ranking for each prospect. 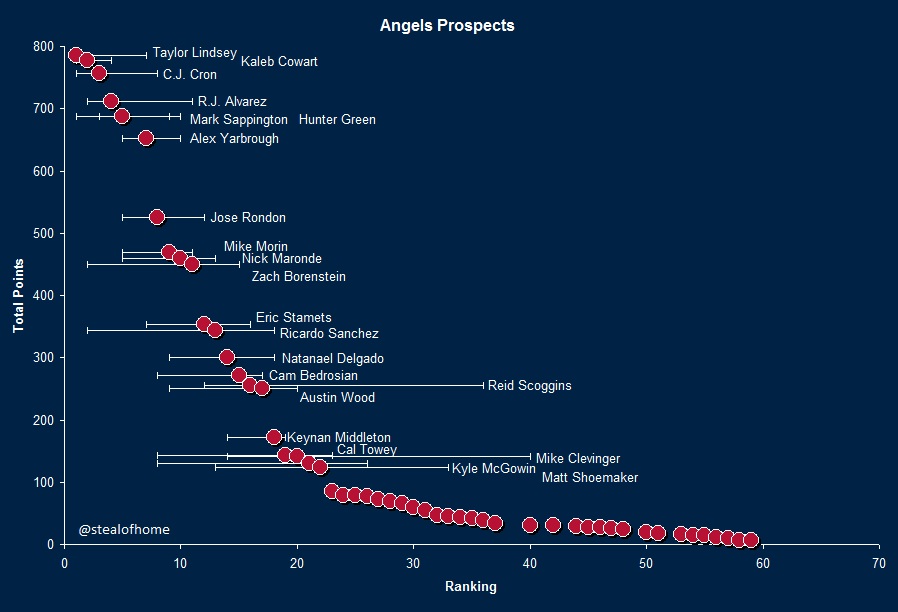