What is the consensus ranking for each of the Nationals' top prospects?

The trade that brought Drew Vettleson and Felipe Rivero over from the Rays happened after many of the lists were published. Of the lists that did rank them, the averages were 11 and 13, respectively. Due to this, I added these rankings for them for lists that went over 10, but left them unranked for lists that only went to 10.

You can also view the 2013 Washington Nationals top prospect list.

Here is a spreadsheet that contains all of the 2014 Washington Nationals top prospect rankings in one place. I have removed Keith Law's as his lists require a subscription, though his list is included in the final tally.

Nate Karns, #6 - To the Rays in the Jose Lobaton trade
Robbie Ray, #17 - To the Tigers in the Doug Fister trade

Here is a chart of the Nationals' top prospects. The error bars represent the minimum and maximum ranking for each prospect. 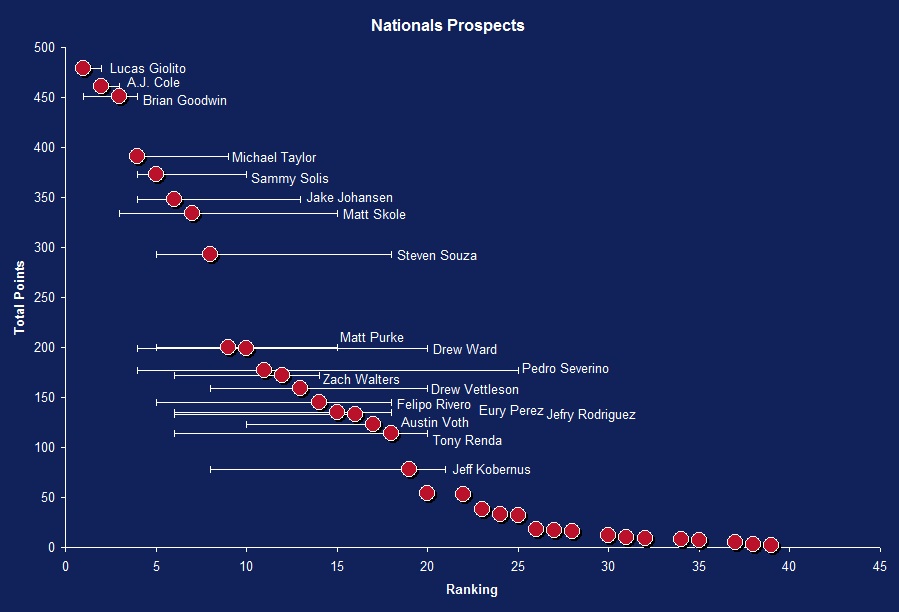