What is the consensus ranking for each of the Indians' top prospects?

How do I do this? Each time a prospect appears on a list, he gets a number of points (41 minus his ranking). The prospect with the largest amount of points is ranked first.

Baseball Prospectus did not include Trevor Bauer in their rankings. However, they did rank him behind Cody Anderson on their under-25 ranks. Due to this discrepancy, I inserted him into the list at five and re-ranked the players below him.

You can also view the 2013 Cleveland Indians top prospect list.

Here is a spreadsheet that contains all of the 2014 Cleveland Indians top prospect rankings in one place. I have removed Keith Law's as his lists require a subscription, though his list is included in the final tally.

Chris McGuiness, #26 - Returned to the Rangers

Here is a chart of the Indians' prospect rankings. The error bars represent the minimum and maximum rankings for each prospect. 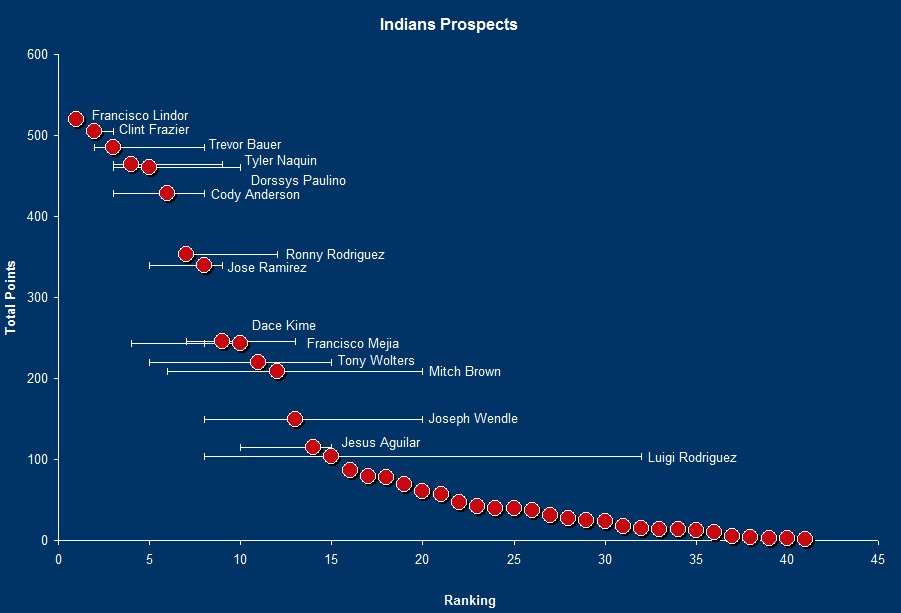