What is the consensus ranking for each of the Phillies' top prospects?

Also, not all sites ranked Miguel Gonzalez as a prospect. His average ranking was four of the sites that did rank him. So in the consensus list, I gave him a ranking of four in each of the lists that did not rank him, but left the other rankings the same.

You can also view the 2013 Philadelphia Phillies top prospect list.

Here is a spreadsheet that contains all of the 2014 Philadelphia Phillies top prospect rankings in one place. I have removed Keith Law's as his lists require a subscription, though his list is included in the final tally.

Here is a chart of the Phillies' prospect rankings. The error bars represent the minimum and maximum rankings for each prospect. 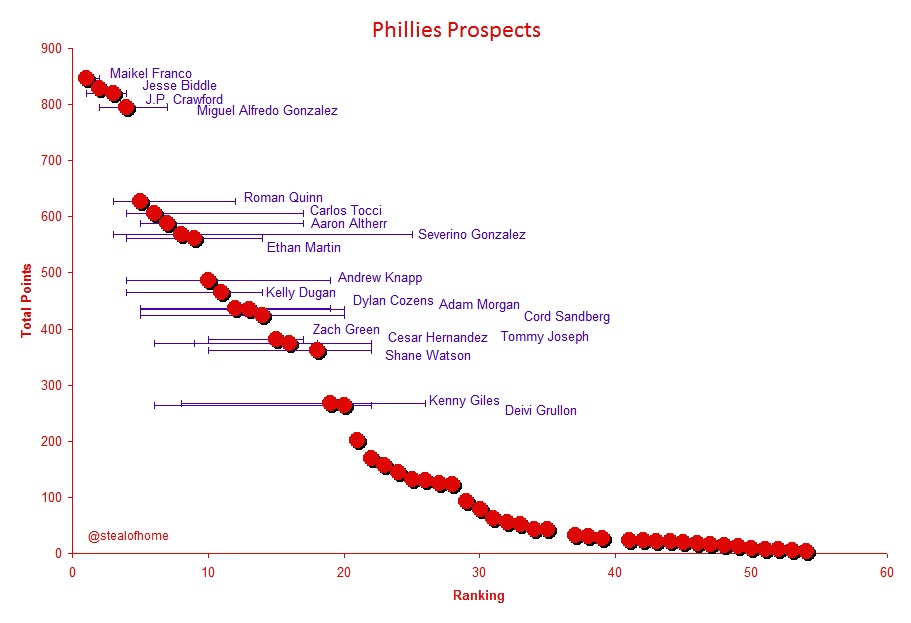