With Seattle missing out on Nelson Cruz to Baltimore in free agency (1 year, $8M), the club has few remaining options for right-handed bats to fill out an order currently projected to feature six left-handed bats.

L.A. benefits from the offloading of an outfielder, and with Ethier and Crawford batting left, Puig's unearthly display of upside over 100+ games, and Kemp's streak of health issues and remaining $128M owed, he presents the club's best option for pursuit. Despite his potential to headline one of baseball's best outfields, Kemp's health has yet to allow him to fully follow up on his 2011 season success (All-Star, Gold Glove, Silver Slugger, MVP-2). After missing 50+ games with hamstring troubles and a postseason shoulder surgery during 2012, Kemp played only 73 games this past year after three DL stints. He again required postseason surgery this offseason as his non-throwing shoulder and left ankle required operative work — potentially costing him availability on Opening Day in Australia due to lingering problems with the ankle. 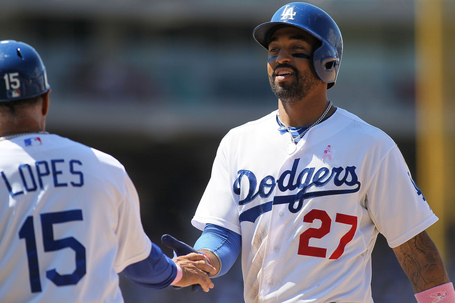 The combination of Kemp's lingering ankle issue and L.A.'s abundance of outfield talent means this move could make a lot of sense (setting aside Seattle's finances) — Kemp would have the option of shuttling in and out of the DH role with Corey Hart/Logan Morrison, and L.A. would avoid paying a bench player $15M+ (Crawford- $20.25M, Ethier- $15.5M).

Kemp's projected 2014 breaks down as follows:

Baltimore's signing of Nelson Cruz has heightened the chance of Young not making the club's roster, despite Buck Showalter's insistence that Young remains an option to DH against left-handed pitching. Their outfield is currently slated to feature some combination of David Lough, Adam Jones, Nick Markakis and Nolan Reimold — with Cruz primarily slotted as the club's DH. While Showalter has also hinted at shuttling Cruz into left to keep his group of outfielders fresh, the key selling point on Young is his ability to hit left-handed pitching; however, with Cruz and Reimold both toting even splits or better against lefties, the value Young brings to the club has been significantly curtailed. 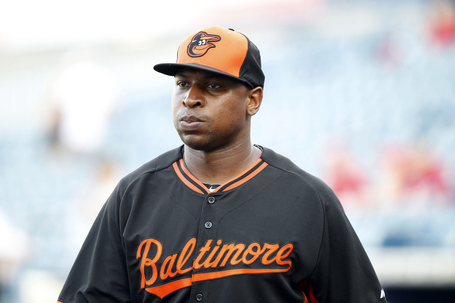 Because Young has such great splits against lefties (.303 average in over 1,000 ABs), he makes for an exceptional fit in Seattle. Despite the club's depth at DH (Hart, Morrison, Smoak), the subpar performance of Smoak (.223) and Morrison (.244) against lefties could forge Young's regular appearance in the lineup not only at DH, as offered in Baltimore, but potentially also in right field or at first base. Although Young has never played the infield, it may present a compelling option for the 28-year-old with diminished value in the outfield (UZR/150 -30.3 ('12), -22.2 ('13)).

Wells presents the most economical option for Seattle, who, since being released in January, remains unsigned. A .286 career bat against lefties, Wells proved last season that although his bat has slowed over the course of his 15-year career he remains capable of hitting left-handed pitching (.261 in '13). As with Young, Wells would be able to DH against left-handed pitching, but also play first or a corner outfield position. Wells looked sharp in his lone start at first for Joe Girardi's injury-depleted New York club last year, and while slotting him in the outfield would sacrifice some range compared to replacement, Wells is still able to hold his own (see '13 Inside Edge Fielding: even odds plays 50%, likely plays 80%, routine plays 100%). 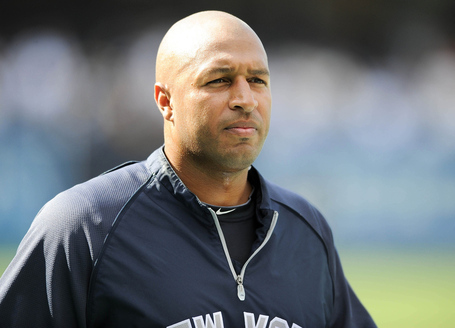