An evaluation of the 2013 Rawlings Gold Glove Awards by position — although much improved through Rawlings partnership with SABR and the subsequent addition of a sabermetric component to the selection process, have managers and their staffs gotten it right?

Although vastly improved, attempts to quantify defensive value behind the plate continue to provide both challenging complexities and opportunity for expansion unlike at any other position. This is because much of the assessment lies in non-numerical intangibles. With the somewhat recent development of framing metrics and increased attention to the position through a statistical analysis lens, the official awards presented to each league's best defensive catcher appeared right-on at first glance; however, as the new sabermetric component of the award comprises only a quarter of the selection's weight, I size up this past season's results from a purely statistical point of view. 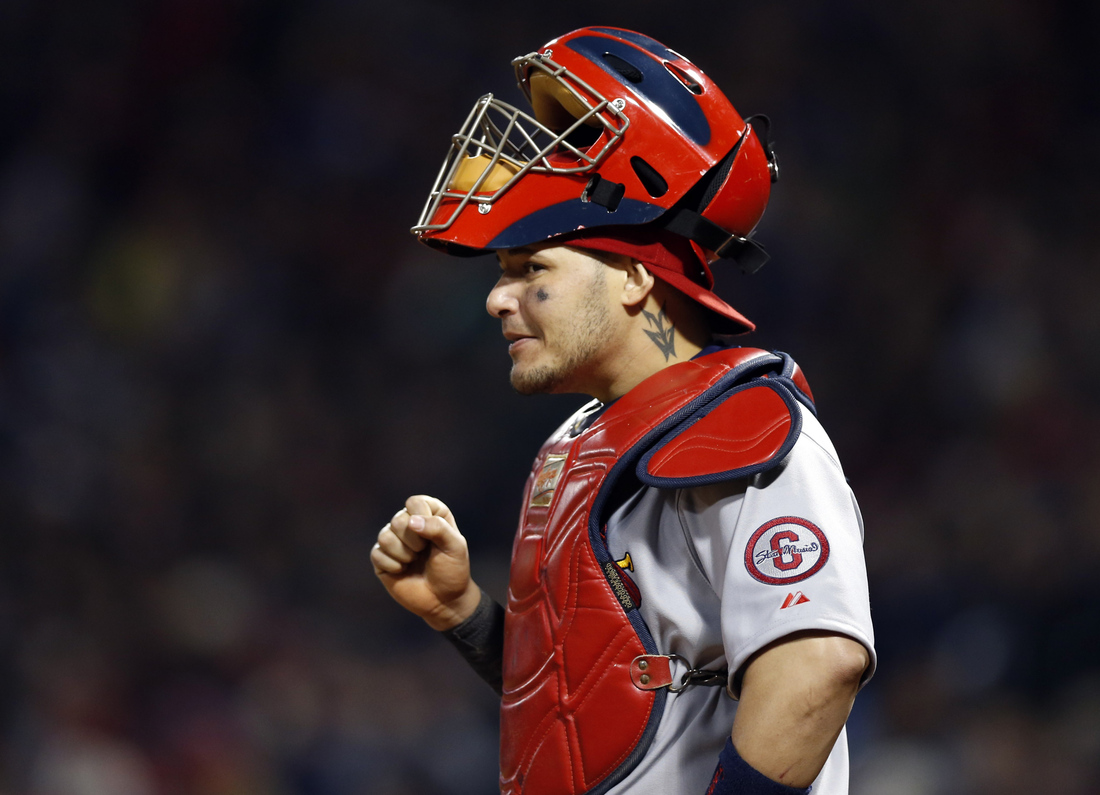 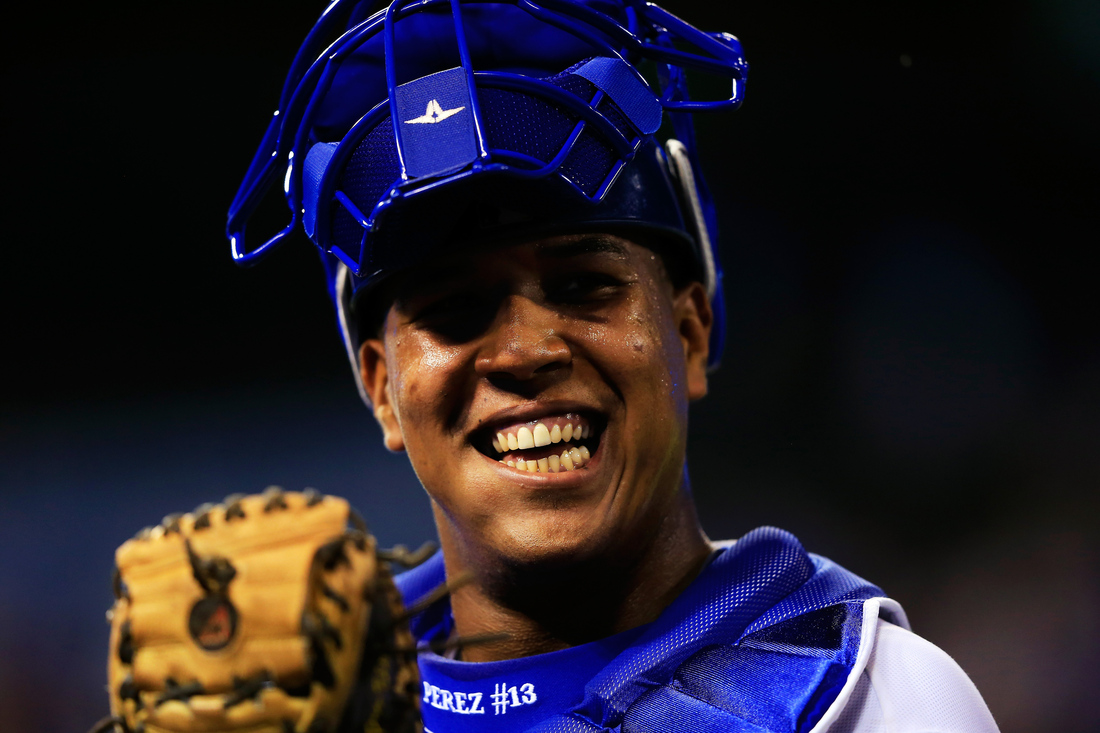 Evaluation of catchers is rapidly developing — potentially more so currently than at any non-pitching position. While without a doubt many of the more traditional metrics used to quantify catcher value remain amongst the most important, the information available publicly today allows us to do so in much greater depth. Most simply, two aspects of catching defense have always been, and will continue to be, most heavily scrutinized statistically: pitch blocking and preventing base stealing. While effectiveness of pitch calling — and accordingly, ability to handle a club's staff — is, theoretically, the most important defensive aspect of catching, these quasi-intangibles remain effectively unquantifiable statistically and in the short-term, hold weight only in subjective consideration.

In evaluation of pitch blocking, let's begin by using a pair of advanced metrics created by Bojan Koprivica (The Hardball Times). Koprivica's pitch-blocking algorithm (which you can read about here) provided a useful projection and corresponding metric that have received the FanGraphs stamp of approval: the first, CPP, is a projection of the expected number of passable pitches seen by a given catcher (shown next to passed balls allowed below); the second, RPP, is a number of runs above or below average a catcher is at blocking pitches metric. Between the two, I have inserted a save rate (S%) to illustrate the blocking percentage on expected passed balls each was able to prevent.

Of note — our eyes are drawn to the dominance of Molina's pitch blocking. Side note: not receiving enough attention in the pitch blocking department is Kurt Suzuki, who split the past season between Washington and Oakland (now with Minnesota). His above statistics are only NL figures (79 of 94 games played in 2013), but his full season figures don't provide for substantial negative skew (RPP: 5.3). Misleading, and important in evaluating his Gold Glove award, is the low RPP of AL-winner Salvador Perez; however, a conclusion buried in a recent Bill James column should cause hesitation in over-reliance on the RPP metric in attempting to quantify pitch blocking ability.

As illustrated in the AL blocking leaders graphic, Perez had an MLB-best blocking percentage on expected passed balls, but his RPP ranks 10th amongst MLB 600+ inning catchers; plus, despite facing 14 more expected passed ball pitches than the RPP league leader Molina, he allowed the same number. For a little known fact drawn from the Molina/Perez comparison, note that this past season Perez not only had 147 more blocks, a block per game more than Molina, but further, Perez posted more blocks and blocks/9 than Molina has amassed in any of his six consecutive Gold Glove seasons. Brief conclusion: be wary of Perez's "low" (still 4th in the AL) RPP — he is a premier, if not the premier pitch blocking catcher in the game today, although his numbers may potentially be inflated by more opportunities.

Traditionally, prevention of base stealing has been evaluated by caught stealing rates, simply put, the measure of a catcher's ability to throw out runners when they attempt to steal. Missing from the equation — bases not taken, and not attempted, as a result of something the catcher is doing off-scorecard (think: throwing behind runners, having a plus arm). Before The Fielding Bible created Stolen Base Runs Saved (rSB), preventing runners from taking bases had not been quantified. Good news: the metric, measuring runs contributed both through throwing out runners and preventing them from attempting to do so highlights the league's best arms behind the plate in more depth than ever before; better news: it also allows us to raise further questions about the factors driving the prevention of stolen bases.

Martin and Molina's numbers illustrate two different variations of premier run prevention — high and low attempts against. Interesting to note: Martin, who had 43 more attempts against (and threw out 3% fewer runners) had a significantly higher rSB than Molina; however, at first glance, by (a) keeping (slightly under a percentage point) on pace with his MLB active leading career caught stealing percentage and (b) having the NL's fewest attempts against (minimum 600 innings), Molina should see astronomical numbers by posting essentially league leading numbers in a metric driven primarily by those two factors. But? We don't. His rSB ranks 7th in the MLB. The issue? It takes two to prevent a stolen base.

The bigger issue? The information needed to determine whether the St. Louis and Pittsburgh staffs are really the driving factors behind their catchers' stolen base numbers is not readily accessible — primarily, information regarding pickoff moves and holding runners on base. More nuanced information like pickoff attempts per base runner (actually kept by STATS) and use of and variations between moves, step offs, and holds are larger factors in preventing swipes than Molina and Martin's fairly equivalent transfers, arm strength and accuracy. For reference: try hand clocking the pop times on videos of a handful of each's throws from this past year (Molina, Martin).

There is, however, one more readily accessible aspect of pitching that does correlate with base stealing prevention numbers: getting the ball to the plate. While ideally, we would take the average "to-plate" timing of the entire staff from the stretch, more realistically we can use PITCHf/x data to key in on more generalized aspects of the club's pitching to determine the possibility of aid to their catcher. With St. Louis, two such factors caught my eye — one, the club throws the MLB's most fastballs (63.7% of pitches); and two, the club on average throws the NL's second fastest fastballs, and fastest two-seam fastballs and splitters. Setting aside the need to also look at to-plate times, St. Louis gets the ball to Molina faster than other clubs do theirs (For reference, Pittsburgh: NL's 8th most fastballs). While there is so much more that goes into an evaluation of the pitcher/catcher run prevention exchange, based on Molina's rSB (career 4.7), historical dominance in throwing out runners, and basic observations of the St. Louis staff, his numbers have been at least in part aided by a perennially above-average staff.

The most recent development in quantifying catcher defensive value comes as a direct result of the modern miracle that is PITCHf/x. Framing — previously thought to be a "here and there" theft of a few called strikes against unknowing umpires and rightly upset batters, the ability to convert "should be" balls and "must be" strikes into called strikes is now being referred to as an "art," and rightly so. My personal go-to for stats on the topic is StatCorner, run by software developer Matthew Carruth (check that out here if you haven't before), which hosts a fairly substantive catcher framing report. The report tracks several useful framing metrics, three of which I'll use here, and need little explanation.

As previously mentioned, proper framing of balls can lead to called strikes (the beauty of human error), but strikes that can be mistaken for balls also require taming for the umpire's eye. Consequently, by looking at oStr% (percentage of pitches, caught outside the strike zone, called a strike) and zBall% (the percentage of pitches, caught within the strike zone, called a ball) we can determine +calls (the amount of calls a catcher has either gotten or lost for his pitchers).

Looking at primary catcher defensive metrics, the same cluster of names seem to find themselves tacked atop the leaderboard elite in every category; however, one premier catcher's name was conspicuously absent in the framing category. Salvador Perez was the 55th best framing catcher in terms of +calls this past year ... in the American League — 101st in the MLB. Trimming the sample size to those catchers that caught 1,000+ pitches, Perez slotted 57th in the league, costing his pitchers 37 calls. One nuance of Perez's pre-pitch routine that caught my eye came from an older Royals Review article, regarding the notion of Perez potentially tipping his pitches as noticed in a September 11, 2012 game against Minnesota.

As their analysis noted, it appeared that on off-speed pitches, Perez was not establishing a firm pre-pitch target but rather moving fluidly in anticipation of a need to block — interesting for several reasons. Without getting too much into the aforementioned interest in tipping pitches, this habit (saying this as a former catcher myself) has a big upside, and equally big downside. The upside: in terms of pitch blocking, note that he does not at all flash the palm target, but rather is rhythmic with the glove hand through the pitcher's motion and approach of the pitch — not shown here, but allowing an easier flip of the hand and rolling forward into a traditional blocking stance pressing the glove downward. This very well may be a contributing reason to Perez's elite blocking; however, although the Kansas City staff has undoubtedly worked with him to dial back in order to avoid tipping pitches, habits are habits. The habit, while beneficial in blocking, does affect his ability to frame pitches, as the more fluid wrist and elbow detract from the firmness and quickness with which he can extend the glove forward to meet corner pitches (like a handshake) — at least on off-speed offerings.

Yadier Molina is an elite catcher across the board fundamentally, there is a reason he has won six consecutive Gold Gloves, and his veteran presence extends much deeper into the game than will ever be quantifiable statistically. As much as the term has become overused, he's the premier game manager — having an instinctual understanding of his staff and using their personal arsenals accordingly to match those of everyday opposing lineups. While Russell Martin posted a higher overall FanGraphs defensive rating (22.5 to Molina's 17.5) and was without a doubt deserving of equal honor, the human voting aspect of the Rawlings Gold Glove award has not failed to acknowledge Molina's unmatched combination package of statistical dominance and subliminal grasp of the game.

Salvador Perez is pure young raw talent, leading the American League in catcher defensive rating (16.1 to Wieters 15.4). While not fully there fundamentally, his ability to aid pitchers with plus-framing technique will develop with time. Given his already well-established ability to block and throw out base runners at such an early stage in his career (2.050 service time), he projects to offer the full package behind the plate for years to come. Although the likes of Gomes, Wieters and Stewart showed flashes of being elite on various leaderboards, the totality of the package Perez brought to Kansas City this past year was also sufficiently deserving of Rawlings Gold Glove honors.

Without much controversy, Rawlings, through partnership with SABR, and the voting of managers and their staffs this past year, got it right with respect to the Gold Glove awards at catcher.