For years, we've assigned runs to the pitcher that allowed the baserunner to reach base. Isn't there a better way?

Share All sharing options for: A new way to allocate runs allowed

My favorite thing in the world is an idea that changes the way you see things to the point at which you can never go back to seeing things the way you use to. I remember feeling that way when a scientist wondered aloud if the current climate was actually sub-optimal and that climate change could actually be a good thing. It jumped off the page in Chad Harbach's The Art of Fielding:

Putting Henry at shortsop - it was like taking a painting that had been shoved in a closet and hanging it an ideal spot. You instantly forgot what the room had looked like before.

I had a similar feeling when Paul Wezner of TigsTown.com posited an interesting question last summer. I'll paraphrase, because it's really hard to search for a tweet that doesn't have any memorable words. Wezner asked, "why don't they just allocate runs based on how far you allowed the runner to reach before you come out of the game?" In other words, when a starter leaves the game with a runner on first base, he is credited with a run allowed if that runner ends up scoring, even though the reliever would have allowed the runner to advance three times as far as the starter did.

The idea instantly grabbed me. It made perfect sense. If you give up a single in the eighth inning and get pulled with two outs, do you really deserve a full run on your stat sheet if the reliever comes in and serves up a gopher-ball? Not really. It's perfectly reasonable to see why this rule was instituted way back in the early days of baseball. It's hard to communicate the nuance of quarter, half, and three-quarter runs in a newspaper box score. It would require more work to track them as well and it doesn't really matter that much.

With the help of invaluable staff researcher John Choiniere and data from Retrosheet, we can apply this framework to qualifying starters from 2013. Below are all of the qualifiers listed with their RA9, their RA9 based on our new criteria (nRA9), and then the difference between the two (dRA9). The average RA9 for the sample is 3.87, with the nRA9 average being 3.69. So the average qualifying starter cuts 0.18 runs from their RA9 with the new method. That isn't Earth-shattering, but for some pitchers it's more meaningful than others. In fact, some pitchers have differences of half a run per nine. Theoretically, this is a better measure of performance because anything that happens after a pitcher leaves the game is outside of their control.

Certainly, a pitcher who leaves more runners on base will see more of those runners score, but having a lights out reliever coming in to bail you out gives you an unfair advantage over a pitcher without any help from his bullpen. We're always striving to isolate individual performance and this is another small step on that path.

If two pitchers perform exactly the same over an entire season, the pitcher whose bullpen performs worse in relief will have more runs allowed. You should be penalized for allowing runners to reach, but a poor outing from the first reliever compared to a great one shouldn't change the way we analyze your start.

For example, about 32% of the runners left on base in our sample eventually came around to score, but not every starter was close to that average. A pitcher who leaves 50 runners on base deserves to pay the price, but he shouldn't also be penalized for the rate at which his bullpen allows those runners to score. Below is a look at the distribution of left-on runners who scored. You should pay for leaving runners on, but you shouldn't pay for a bullpen that lets way too many of them score. 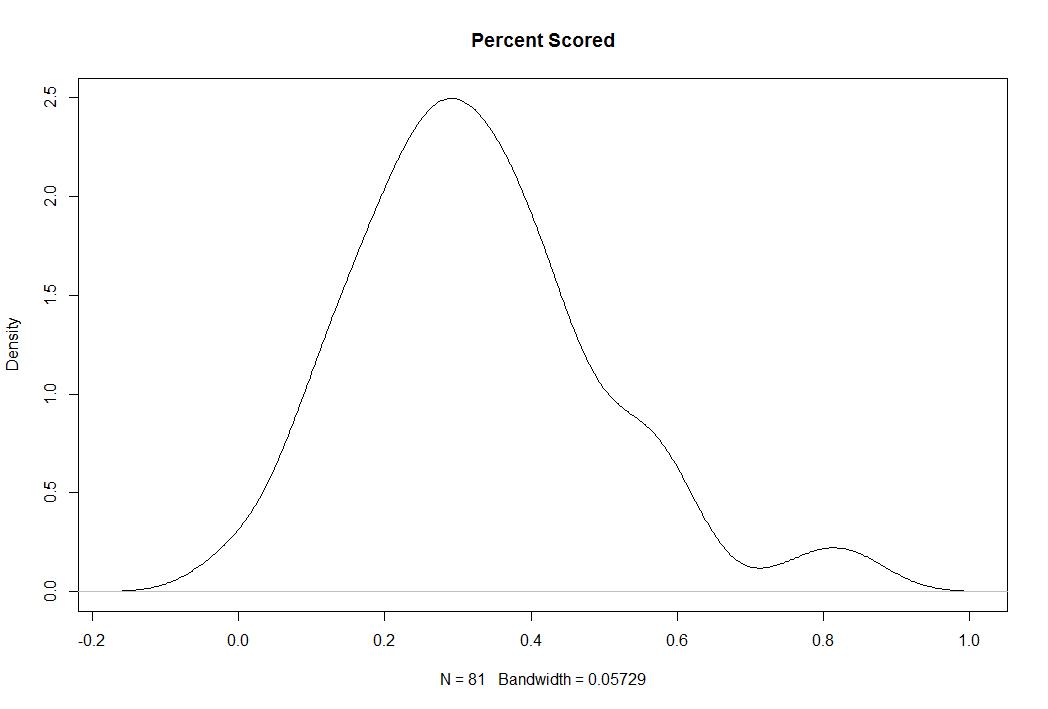 We can take this even further and break it down by individual base and out combinations, but I'll just offer a few descriptive numbers in the interest of keeping this concise. We expected more runners to score as they get closer to home, but the standard deviation is very noteworthy. Some bullpens let everybody in and some keep almost everyone out.

It's unlikely this is going to catch on as an official way to divide up runs because to the average person it's not a dramatic difference. But this could be a refinement to runs allowed-based pitcher WARs so as to further isolate performance. There are stats like RE24 that pick up on some of this nuance, but they are less intuitive for many and also include other confounding factors.

This isn't a DIPS level revelation but any stretch of the imagination, but in a quest to measure the sport as well as possible, it's a step worth taking and an idea worth pursuing.

All statistics courtesy of FanGraphs and Retrosheet.