Does Jonathan Lucroy have the best contract in baseball?

Catchers give baseball fans so much to discuss due to their monumental and undervalued importance to so many aspects of a given game. Recently framing has become part of this discussion, not only as a term used by scouts, but now one used by those statistically involved in the game. So, let's never again forget Jonathan Lucroy.

Share All sharing options for: Does Jonathan Lucroy have the best contract in baseball?

The trickle down effect of knowledge can often break with the aqueous metaphor and come full circle. In the case of catcher framing, the Sabermetric community continues to discuss, argue, debate, and discover new applications and aspects of this piece of catcher defense. Eventually this discussion seeps into the more mainstream marketplace of baseball ideas, and now most of the baseball world at least understands catcher framing as an aspect of the game that matters and one that we can quantify. No matter what we say about metrics like WAR, the fact is that websites from Fangraphs, to Beyond the Box Score, to ESPN, to MLB.com site the metric, whether in order to please that cohort of their readership, or to inject it in small doses hoping it will catch on.

Catcher framing has one thing going for it that other metrics do not, which is that we can show people the actual action in real time. Anyone with a DVR or Tivo can slow down a pitch seen while watching baseball on TV to see the obvious, and sometimes subtle, differences between framers like Hank Conger of the Angels and Wilin Rosario of the Rockies. More importantly, we can portray the skill of framing visually by using diagrams of the strike zone and dots that seem like data points that portray pitches. PITCHf/x allows us to depict a skill that has unequivocally has a distinct impact on every single baseball game.

Recently, Jared Cross of ESPN wrote a piece in which he discusses framing. He uses a good mix of diagrams, 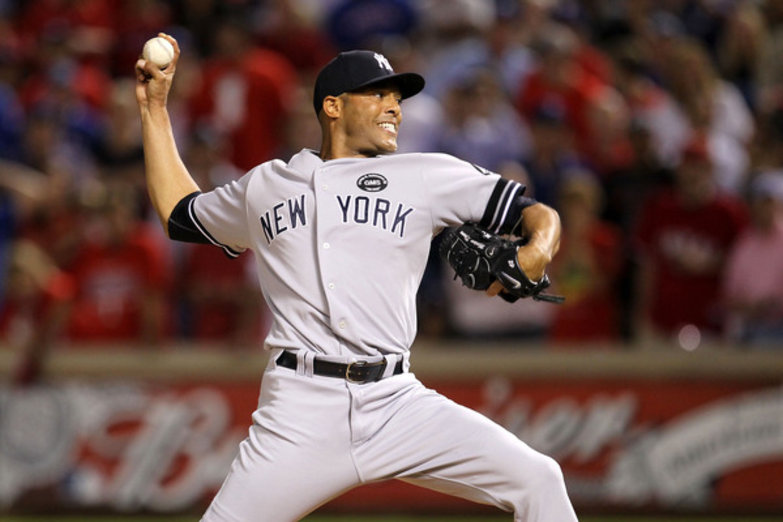 Stuart looks at the popularity of different pitches.

statistics, and prose in order to show the differences between a top-of-the-line pitch framer like Jonathan Lucroy and a subpar framer like John Buck. Cross uses the value gained or lost that we can extrapolate from pitch framing to show that a catcher like Jonathan Lucroy or Yadier Molina could best the top players in the National League in regards to overall value. Catchers have long been thought of as the penultimate if not ultimate premium defensive position on the field, but as we continue to gain a firm grasp on quantifying the aspects of catcher long thought important, the more Sabermetricians and the like will realize the true value of a catcher.

In the aforementioned article, Cross writes:

"To put this in perspective, if we add Lucroy's 38 pitch-framing runs to the number of runs Lucroy has contributed at the plate, on the basepaths and through other fielding plays (the components of FanGraphs' WAR), Lucroy has been worth far more runs than any other player in the National League, topping Andrew McCutchen."

When catcher framing first hit the Sabermetric spectrum of thought, most of the hype centered on the Rays Jose Molina. Molina has never accumulated more than 300 plate appearances in any one season of his career because he has never shown the ability to warrant playing everyday. Nonetheless, the Yankees signed him as a free agent in 2007, and four years later he signed a free agent deal with the Rays. The Rays and the Yankees provided Molina with a chance to play more than he ever had previously, and they did so with the knowledge that he has a career 68 wRC+. Something smelled fishy, and said smell eventually came to be known as pitch framing.

Now, catchers like Lucroy, Buster Posey, and Yadier Molina, who are proven hitters, boost their stock to a point thought of as virtually impossible for catchers. The Milwaukee Brewers currently hold one of the five worst records in baseball, but they also have two of the most valuable position players in the national league starting at catcher and in center field. The case has recently been made that despite his Ruthian hitting contributions to the game, Mike Trout, not Miguel Cabrera, should have won the 2012 AL MVP. Moreover, the same reasons given as to why Trout deserved the award over Cabrera in 2012 carry over to the current season in which Trout posts an fWAR two full wins higher than Cabrera's (9.4:7.4).

In 2012 Jonathan Lucroy had an fWAR of 3.7. He currently has 3.4 fWAR, and using ZIPS projections, that number should rise to 3.9. At 27 years old, Lucroy's 2013 fWAR places him 41st in MLB, and 18th in the National League. In each instance, if we were to add in the value Lucroy adds with his framing, he would most likely vault to the top 5 of every value-based leaderboard. The Mike Trout versus Miguel Cabrera MVP talk caused pundits, writers, analysts, and fans on both sides of the debate to evaluate all sides of the arguments involved. Maybe everyone came out on the side they originally backed, but in the end, that debate, and the ongoing back and forth, continues to improve baseball analysis. In that same manner, the latest ability to quantify and infuse catcher framing into our metric-vernacular should spark a debate over whether players like Yadier Molina, and especially one like Jonathan Lucroy truly is the most valuable player in the league, despite the fact that he will most-likely never win or come close to winning such an accolade.

In summing up his well-written article, Cross articulates one succinct message:

"In short, not only have the best framers made sizable contributions this season, they should also be hot commodities going forward."

Catchers who can frame at consistent above-average rates provide their respective teams with enough value that it should improve their value on the open market. This scenario has already come about in a number of ways. Last offseason, former Yankees catcher Russell Martin signed with the Pittsburgh Pirates despite the fact that without him, the Yankees would have Francisco Cervelli and Chris Stewart as their opening day catchers. Cervelli aside, Stewart has, like Jose Moline, paltry offensive numbers. While Russell Martin does not produce hitting numbers like Buster Posey or Joe Mauer, he holds his own, making the Yankees' decision not to resign Martin a bit startling. The Yankees understood that Stewart and Martin on any given year would put up similar framing numbers, and that while they would lose Martin's hitting value, for the difference in money, not resigning Martin constituted the proper move.

Try this on for size. The Brewers don't just sport one of the top three pitch framers in baseball on any given day, they can also tout having two of the best framers. Backup Martin Maldonado continually pops up on Ben Lindbergh's weekly pitch framing leaderboard as a receiver who turns more balls into strikes than strikes into balls. The Brewers understood the wealth of framing gold at their disposal, quickly signing Lucroy to a team-friendly deal that rivals deals given out by the Rays. After only one season in the big leagues, the Brewers and Lucroy agreed to a 5-year contract worth $10.28 million with a team option for 2017 that could increase the overall value of the contract to $15.5 million. Framing aside, Lucroy was worth 3.7 fWAR in 2012, which converted to the dollar scale a player would make in free agency comes out to roughly $16.6 million. Basically, Lucroy, in one season, proved the value of his contract and more. Were we to add in the value he provides from framing, and the Brewers may have signed one of the best contracts in baseball.

Jonathan Lucroy will not be considered for the MVP this season. Yadier Molina may garner some votes, but most likely the award will go to either Andrew McCutchen or maybe Clayton Kershaw. I'm not advocating for Lucroy to win this season's award, but instead want to spark, or continue, the debate that Trout, Cabrera, and WAR did at this time last season. How should the ability to quantify acts of baseball we could not do before change the manner in which we think about contracts, awards, and status? Cross ends his piece by saying, "Value exists even in the areas we can't yet see." I want to take that sentiment a step further. Now that we can see value in places previously shielded to us, what should we do with our newfound knowledge? That question triggers a number of diverse and correct answers, but given that framing has recently gone from in the dark to lit up like a Christmas tree, let's begin the conversation with Jonathan Lucroy and the Brewers.