An ode to Andy Pettitte

Andy Pettitte has officially decided to retire, again. The Yankee lefty decided to make 2013 his final one in baseball. Let's send him off properly.

Share All sharing options for: An ode to Andy Pettitte

Yesterday, Yankees left-hander Andy Pettitte re-announced his intention to retire from professional baseball. Pettitte, an eighteen-year veteran, retired from baseball once before, resulting in a one-year hiatus in 2011, but he returned in 2012 for one last hurrah with the Yankees. At 41 years old, the lefty, who helped the Bronx Bombers win five World Series, leaves behind an impressive legacy.

The Yankees made Pettitte their 22nd round selection in the 1990 rule-four draft. Pettitte reached the major leagues in 1995, and he immediately began pitching effectively. He threw 175 innings in 1995, a harbinger of his future successes. In the eight seasons from 1996 to 2003, Pettitte eclipsed the 200-inning mark six times, helping him to place twelfth amongst all pitchers in innings pitched during that same span. More impressively, during his first stint with the Yankees from 1995 to 2003, Pettitte ranks eighth amongst all pitchers in fWAR (38.9) behind names like Maddux, Clemens, Johnson, and Martinez. Despite the short porch in Yankees Stadium, from 1995 to 2003, Pettitte tied for third with Pedro Martinez for the lowest HR/9 rate amongst all pitchers. While not nearly the strikeout artist that Pedro was, Pettitte's pinpoint control during those seasons in New York aided him greatly. He posted a miniscule 3.7% walk percentage, which combined with the low home run rate, led to a fantastic FIP of 2.57, placing him 4th amongst all pitchers behind only Pedro, Randy Johnson, and Jason Schmidt.

When it came to the playoffs, Pettitte continued his regular season dominance of hitters. He appeared in thirty playoff 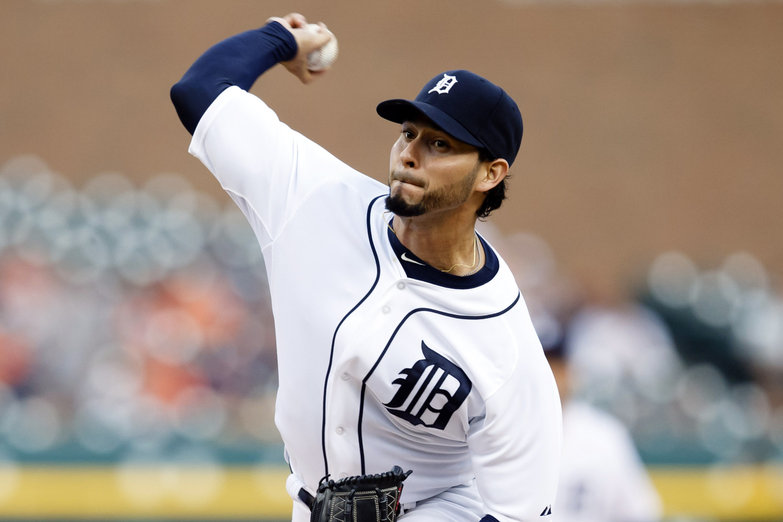 Niel analyzes the best #2 in the AL

games, throwing 186.2 innings, with ten of those thirty playoff appearances came in the World Series. While Pettitte made numerous playoff appearances due to the dominance of the Yankees during the middle and end of the 1990's, his postseason pedigree includes both well-pitched games and some Pettitte and Yankees fans would soon forget. Still, despite his ups and downs in the postseason, he pitched during an era of incredible offensive explosions, and came out of it with some incredible results. No one will soon forget Pettitte's infamous stare every time he turned his head to face the catcher and take the next sign. He wore his hat brim low, so that only his eyes showed, giving them a menacing and confident look that will forever be seared into baseball fans' minds.

The turn of the century came with it the avalanche of news surrounding performance-enhancing drugs in baseball, especially amongst those elite players like McGwire, Sosa, Bonds, and Clemens. We cannot, and should not, forget that Pettitte's name found its way into the Mitchel Report that came out in 2007. He admitted to using human growth hormone to aid in his recovery from injury, but continued to proclaim his innocence when it came to the use of anabolic steroids. Like many players whose career's included the mid to late 1990's, Pettitte succumbed to using PED's, and that fact will continue to remain apart of his baseball narrative.

After leaving the Yankees, Pettitte returned to Texas, where he played high school baseball, signing a contract with the Houston Astros. The Astros signed Pettitte to a three-year contract worth just north of $30 million. Pettitte accrued just over 10 fWAR in his three years in Houston, throwing over 200 innings twice, and aiding the Astros in their pursuit of a championship in the 2005 season. His stint with the Astros didn't last long however, and after his contract ended in 2006, Pettitte returned to New York. He continued to pitch effectively for the Yankees going over the 200 innings mark in 2007 and 2008. Despite a lesser season in 2009, Pettitte once again became a world champion, helping the Yankees defeat the Phillies in the 2009 World Series. It was his first World Series win since 2000, and the victory in the 09' World Series, his fifth overall. Despite the opportunity to end his career on the highest of notes, Pettitte returned for the 2010 season, one in which he spent 71 days on the disabled list with both elbow inflammation and a severe groin strain. When healthy, Pettitte pitched remarkably well, posting a 3.28 earned run average, 3.85 FIP, and a value of 2.3 fWAR in just fewer than 130 innings pitched.

The southpaw officially retired after the 2010 season, but only enjoyed a life without baseball for one season before feeling the urge to return. In 2012, Pettitte returned with a force, posting a sub 3.00 ERA, 3.48 FIP, and 1.6 fWAR in just 75.1 innings pitched, before taking a ball off of his leg. He spent 83 days on the disabled list due to the broken leg, and could have taken that as a sign to retire, but instead he signed his sixth consecutive one-year contract with the Yankees to play for them in 2013. This season hasn't been one of Pettitte's best, but at 41 years old, he's thrown over 170 innings, and using ZIPS projection system should be worth 3.2 fWAR at the end of the season. His age 40 and 41 seasons combined have been more valuable than Tom Glavine's were, and Glavine threw 150 more innings than Pettitte.

Pettitte is currently tied with fellow veteran Roy Halladay in fWAR at 67.8. He has accrued 53.3 WARP, 60.3 rWAR, and according to his fWAR, ranks 34th all time amongst all starting pitchers in overall value. Andy Pettite doesn't have the wins total or many of the other big time numbers to warrant a place in Cooperstown, but he ranks as the 7th most valuable starting pitcher since he came into the league in 1995. Since 1995 he's accrued more innings pitched than any other pitcher with 3284.0. While it doesn't even crack the top five on the list of his accomplishments, Pettitte has more pickoffs than any other active player, having amassed 102 as of August of 2013. He has perfected the art of picking off runners, perfectly treading the line between balk and pickoff, and imperfectly doing so, according to most base runners.

Pettitte's career has been fantastic. He's lasted eighteen years in a profession that generally inhales and spits out players after merely a few seasons. He played during difficult, successful, tumultuous, and lucrative times for major league baseball and its players. According to baseball-reference.com Pettitte has made just under $140 million playing baseball, but the Yankees and Astros compensated him fairly. When Pettitte signed a contract, he honored that deal, rarely complaining or making negative publicity (aside from his HGH use). He did all this while spending most of this career playing in a city with the most fidgety media in the country.

In a piece on Pettitte's retirement that appeared on Bloomberg.com, Pettitte remarked,

"I've reached the point where I know that I've left everything I have out there on that field...The time is right. I've exhausted myself, mentally and physically, and that's exactly how I want to leave this game."

In true Pettitte fashion, he explained that he wanted to show the Yankee faithful respect by giving them ample notice of his retirement. He mentioned wanting to tip his cap to the crowd at Yankee Stadium, but all the while reiterating that he did not want his retirement to overshadow or at all interfere with the bon voyage tour of fellow Yankee Mariano Rivera. In baseball we commonly refer to a veteran as one who has experience, one who has played multiple seasons, but when referring to a war veteran, the term implies that the person fought valiantly, and returned from duty with some amount of valor. Those same attributes apply to Andy Pettitte's career, when translated from the battlefield to the baseball field. So, in true baseball style, I tip my analytical cap to Mr. Pettitte, for he toed the rubber, and dominated hitters for eighteen seasons, and enshrined in the official hall of fame or not, he has left his mark on a sport with a rich tradition. So long Andy Pettitte, now is your time to ride off into the sunset, enjoy your well-earned retirement.