The Dodgers' money is why they're winning...right?

With the Dodgers being a lock for the playoffs, one of the major lines among media members during the post season is likely going to be that spending a lot of money got them where they are. However, is it really true that that's the case?

Share All sharing options for: The Dodgers' money is why they're winning...right?

On May 2nd, 2012 the Los Angeles Dodgers were officially sold to the Guggenheim Baseball Management Group. With the sale of the team, a new era of baseball began in Chavez Ravine. The ball began rolling in August of last year as the team acquired--huge contracts and all--Adrian Gonzalez, Carl Crawford, and Josh Beckett from the Boston Red Sox as well as acquiring Hanley Ramirez from the Miami Marlins. Things continued to roll in the off season as the club spent fortunes on Zack Greinke, Brandon League, and other players. The moves were similar to the cross-town rival Angels, but it goes without saying that the Dodgers spent their money more wisely and are better set up for the future.

However, this post is not focused on the past. It is focused on where the value for the 2013 Dodgers is coming from--and what dollar amounts are being attached to it. To start, it is important to look at where the largest numbers of dollars are being spent. Here's a look at a group referred to as "The Big Fish."

For simplicity's sake, this group of players is the group of five individuals scheduled to make the most for the Dodgers in 2013: Carl Crawford, Adrian Gonzalez, Zack Greinke, Matt Kemp, and Josh Beckett.

As mentioned earlier, Carl Crawford was acquired in the blockbuster deal last August from the Boston Red Sox. This season, Crawford has played 109 out of 152 games and has produced 2.4 fWAR. At this pace Crawford should produce almost exactly 2.6 fWAR if he plays every game for the rest of the year. Given this rate of performance, the Dodgers are paying Crawford 7.69 dollars per win, which is very inefficient.

After taking out the money paid by Boston, the Dodgers owe Adrian $17.1 million in 2013. To this point in the season, Gonzalez has been healthy and productive as he has played 147 games. Now, his power has still not returned--and at 31 years old, it probably never will--so he has played to the tune of 2.7 fWAR. If he plays every day the rest of the season, he'll finish around 2.9 fWAR, which means the Dodgers would be paying 5.9 million dollars per win. This figure isn't great, but it certainly beats the pants off of the Crawford deal.

Disclaimer here: Greinke's AAV in 2013 is $6.5 million less than it will be over the last five years of his contract--so in future years his presence on the team will be less efficient. Outside of his broken collar bone as the result of a fight with Carlos Quentin, Greinke has been healthy and very productive. He has produced 3.5 total fWAR between pitching and hitting--yes, his hitting is worth adding as he's hit to the tune of 1.1 fWAR--in 26 games. If he finishes the season, he'll produce roughly 3.7 total fWAR, which would make his 2013 dollars/WAR ratio 5.14--which is right around the expected rate of efficiency.

The sad story here is that these two players have combined for -0.7 fWAR in 2013. This causes a bit of chaos in determining a dollars/WAR ratio, since the calculation would come out to -51.07 million dollars lost per every win in negative value. In the Dodgers' case, they weren't burned by these negative performances and injuries very much at all, because they created room for individuals like Yasiel Puig to get regular playing time. That being said, the Dodgers essentially got nothing from 35.75 million dollars, which is more than certain teams spend on their entire payrolls.

In total, The Big Fish combined to be paid $91.85 million and produced 8.5 fWAR. This is a remarkably inefficient ratio of $10.8 million dollars per win--and in fairness, injuries kept both Josh Beckett and Matt Kemp from ever figuring things out this season. 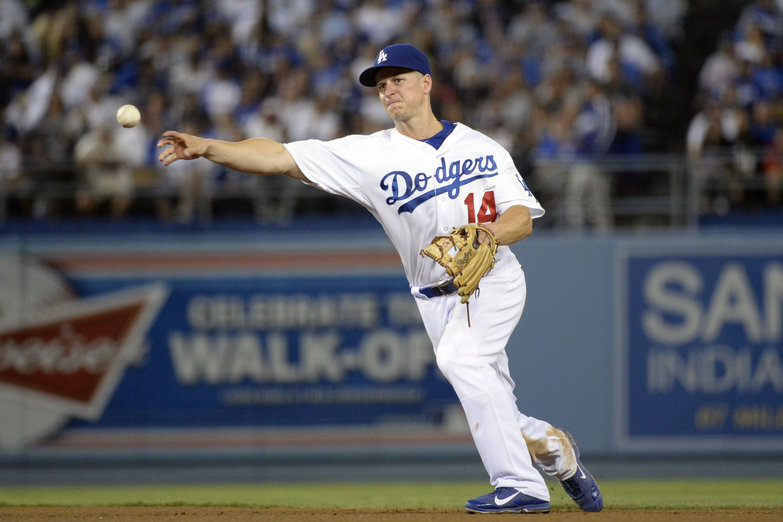 Ben Horrow looks into the future of the Dodgers' spending.

This next tier of players is where the Dodgers really start to turn things around--though there are still many wasted dollars. These players are still paid well, but they produce much more efficient contracts than the Big Fish. These players include Andre Ethier, Chad Billingsley, Clayton Kershaw, Ted Lilly, and Hanley Ramirez.

Much like Zack Greinke, Andre Ethier's 2013 AAV is much smaller than the AAV in the rest of his contract--which could span all the way through 2018. However, Ethier's been a pretty good bargain in 2013. Surprisingly, Ethier moved to center field after injuries forced him there and he's played better than expected--to the tune of -3 DRS in 74 games or roughly -6.5 DRS over a full season. Overall, he's produced 3 fWAR in 141 games and is on pace for 3.21 fWAR. This puts him on pace for 4.21 million dollars per win.

Injuries and general lack of interest in putting Lilly in the starting rotation gained the Dodgers a total of -0.2 fWAR from these $23 million dollars. These two absences increased the importance of pitchers like Hyun-Jin Ryu.

Despite being paid significantly, Ramirez has truly been one of the crown jewels for the Dodgers' payroll. His incredible offensive rates have helped him produce 4.9 fWAR in just 80 games. If he finishes the season at this pace, he will wind up with 5.5 fWAR in only 90 games. Even though he will have only played 90 games, Hanley will still have produced a dollars/WAR ratio of 2.82 million.

Kershaw has been the Dodgers' best player in terms of overall value, and he's been one of their most efficient deals as well. He's produced 5.9 fWAR in 31 starts, and he'll probably make two more starts before the end of the season after he was pushed back to Saturday. He'll likely finish the season right around 6.3 fWAR, which would make his dollars/WAR ratio a spectacular 1.75. While the Dodgers were helped in this being an arbitration buyout extension, it is still a very efficient contract that could have been a lot more had they not thought ahead.

This tier of players--minus the absence of Billingsley and Lilly--really was remarkable for the Dodgers this season. The trio of Ethier, Ramirez, and Kershaw combined for $40 million AAV and is on pace for a combined 15.01 fWAR--this creates a ratio of 2.66 million dollars per win, which is great over a span of 15 wins.

The Diamonds in the Rough

This is where the Dodgers--and any competitive team, really--will make or break their roster efficiency. With all of the dollars wasted between The Big Fish, Billingsley, and Lilly, the Dodgers needed some very efficient deals to create a competitive roster without a cartoonish budget.

Enter the savior of the Dodgers' 2013 season. Puig has produced 4 fWAR in 94 games played and has been an unexpected wonder for the Dodgers. Finishing out the season would mean 4.43 fWAR and a dollars/WAR ratio of .838. Nothing much else needs to be said about how important this deal was for Los Angeles.

Juan Uribe's defense has been gold glove quality this season, and it really shows in the defensive numbers he has put up. As a result, he's got 4.1 fWAR in 125 games--and for the sake of sanity, he's also got 3.6 rWAR. Finishing the year means 4.43 fWAR for Uribe and around 1.81 million dollars per win.

Ryu came over after being a sensation in South Korea, and he's been fantastic for the Dodgers. He's produced 2.9 fWAR in 28 starts, which translates to 3.11 if he makes two more starts this season. This 1.07 million dollars/WAR ratio is another great deal for the Dodgers.

The diamonds in the rough that the Dodgers managed to find are on pace to produce 11.97 wins for just 15.047 million dollars.

With the players included in this post--and not counting contract busts like Brandon League or gifts like Kenley Jansen--the Dodgers' payroll may surprise you. Players in the post were broken into two groups:

Now, it's easy to look at this and say, "Yes, the Dodgers do spend a lot, but they also have a lot of efficient money on the roster." However, it's also important to note that money leads to opportunity. While Ryu and Puig are not being paid a lot on a larger scale, they were both signed to relatively large deals given the circumstances by which they entered MLB. They came with more risk than most contracts of their size, which is important to remember. That being said, the simple answer here is that lucrative spending didn't get the Dodgers to where they want to be. In fact--using a simple subtraction of wins--the Dodgers would still be on pace to win the NL West if they simply didn't have any wins from that $118.75 million high dollar/WAR group.

Time to give the Dodgers' front office some respect here: they found some pretty great talent at a pretty low price, and that is something that is very hard to do.