What happened to Denard Span?

Many analysts imagined that Denard Span would be the linchpin in a dynamic Nationals outfield. Instead, he's been, well, average. What gives?

Share All sharing options for: What happened to Denard Span?

Early in the 2012-2013 offseason, the Nationals were looking to shore up their outfield through the addition of an impact center fielder. The rumor mill had the Nats pursuing B.J. Upton, or Josh Hamilton, or others -- but the team eventually swung a trade for Minnesota Twins outfielder Denard Span.

Span is an interesting player, in that he was valued fairly highly both by old-school baseball guys who value grit, hustle, and the little things -- but also by sabermetric analysts who could quantify the value Span provided both defensively and as a plus baserunner. Dave Cameron of FanGraphs called the deal a "steal" while Adam Kilgore of the Washington Post certainly thought the trade was a win.

Were We Wrong About Kyle Lohse? 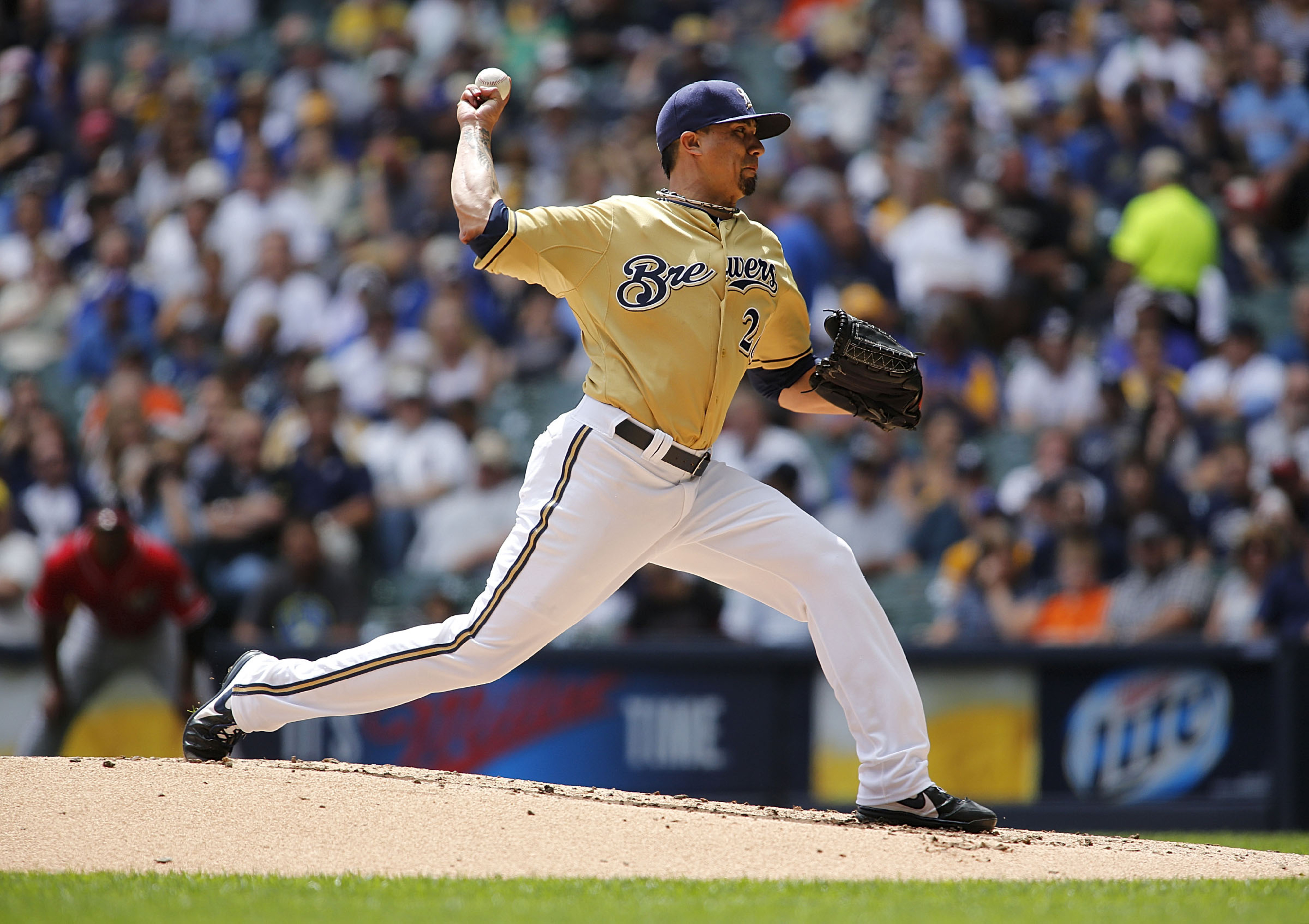 And yet, today the Nationals sit five games under .500 and 14.5 games back of the division-leading Braves. Though Span's season hasn't been horrible -- he's been above replacement level by every major metric: fWAR, rWAR, WARP -- but he hasn't been the impact player that the Nats hoped that they were getting. He hasn't been the player he was in 2008 or 2009 or 2012 or even part of a season in 2010. He's been worse. He's even been a negative on his team according to RE24; his score of -2.39 is his third consecutive negative number for a season.

So with the Nats faltering, and their above-average center-field addition playing at, well, about an average (or slightly worse) level, we ask: what's happened to Denard Span to make him a worse performer in 2013 than he was in 2012?

Keith Law alluded to something in an article back when the deal was made -- that Span would continue to be a product of his batting average on balls in play. If the BABIP is up, Span will be a better offensive player. If the BABIP is down, he'll be worse. Now, this is true for everyone, but certain players* rely more on the vagaries of BABIP to get value than others.

Sure enough, Span's BABIP is down to .299 this year, which is quite a bit off from his career number of .317. But looking deeper, can we determine why his BABIP is down? He's actually hitting more line drives than usual (22.9%) and hitting about the same number of balls on the ground (52.8%), leaving him with what should be a similar chance for him to reach base using his speed.

But perhaps speed is exactly the issue with Span this season. A decrease in foot speed, even a small one, would hurt his chances on things like reaching on an infield single. Or more specifically, when bunting. It may be a minor thing, but Span hasn't been able to bunt for a hit this year -- hardly at all. Denard's laid down 12 bunts, reaching on just one, for a bunt hit percentage of 8.3%. His career number, even with this season's drought included? 29.6%. Three or four lost hits isn't exactly earth-shattering, and it wouldn't raise his wOBA too many points, but it's something.

Still, even if you combine this new development in offensive production, or lack thereof, with a few other factors -- most notably a decrease in walks (down to 6.8 BB%), an increase in strikeouts (up to 12.3%) and a marked increase in propensity to swing at (27.4% O-Swing) and make contact with (83.5% O-Contact) balls out of the zone -- Span is still about a 89 wRC+ hitter ... and that's only about 11% worse than league average. These days, the average ML center fielder can hit for a .318 wOBA, and Span's only mustered .300 -- but that's not terrible for a player who adds value with glove and feet. 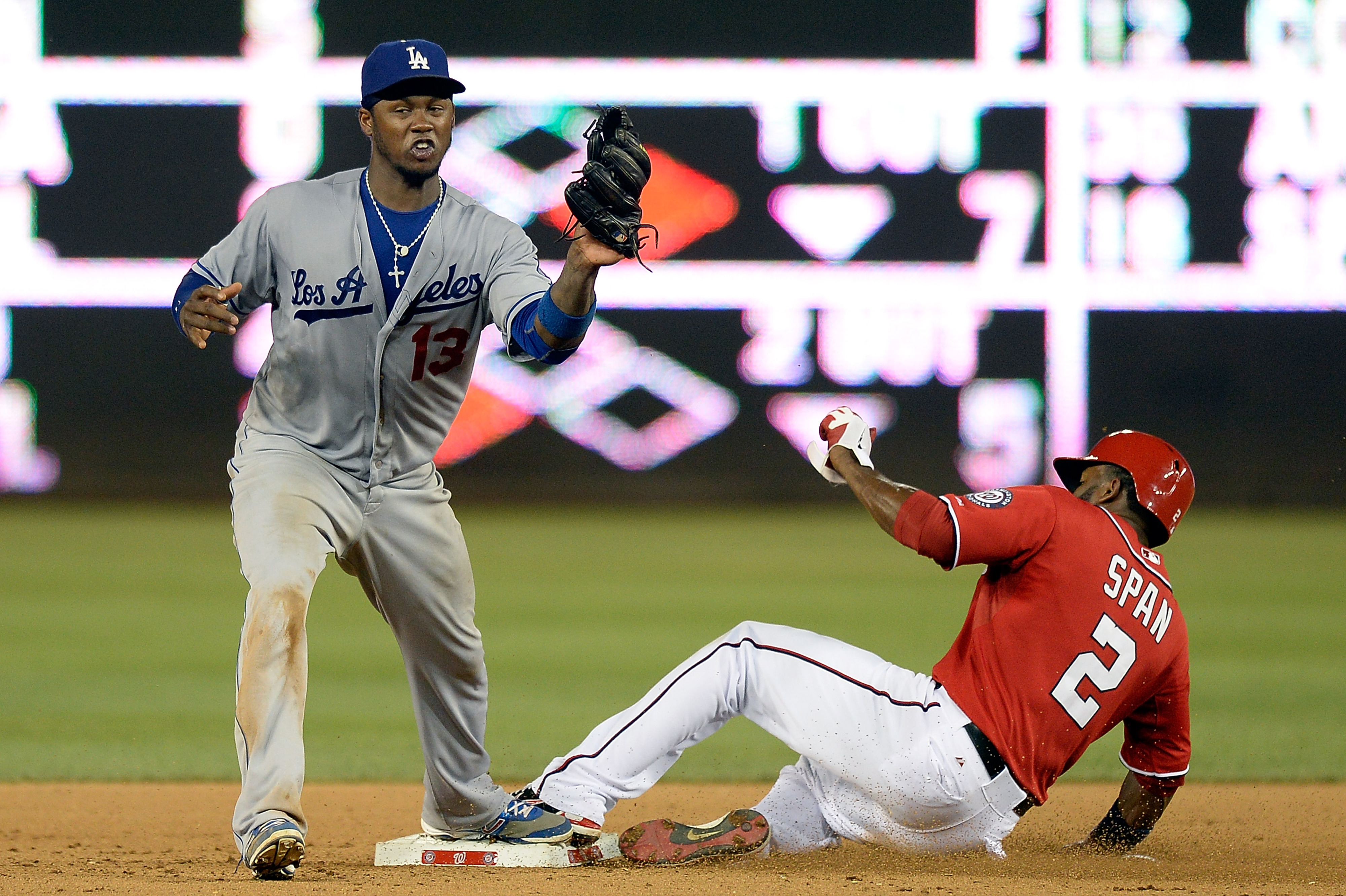 Yeah, about that "glove and feet" part, though. Span, historically, has been worth somewhere between two and six runs as a baserunner (according to FanGraphs), that is until 2013. This year, Span hasn't added any value on the basepaths. He's got 10 stolen bases, but he's also been caught five times, making him more of a liability than an asset. His UBR score, which values baserunning that's not reflected in stolen bases, is usually a strong positive, but this year it's sitting at just a third of a run, which is just enough to offset his problems with stolen bases.

And while Span has a reputation as a good defensive outfielder, his UZR and DRS numbers are far below what they normally are, albeit in a small sample. Over the past two seasons, Span had racked up 31 rPM (range plays made -- a measure of how many balls a player can get to), but this year? Zero. fWAR adds only four runs to his overall value, while rWAR adds but three. Now, Baseball Prospectus's FRAA metric says that Span is as good as ever, which actually belies just how terrible their system rates his bat on the year (.236 TAv).

All the signs point to a player whose value lay substantially in his speed, and we see that more than a few foot-speed-related stats have declined. Perhaps we're seeing a decline in those skills, or perhaps this is simply an off-year for the Nats' center fielder? Regardless, Span wasn't acquired to be a below-average offensive player -- the Nats already had a couple of those. He was acquired to be something more like he was in 2012: a near-star. Like too many other things for the Nats in 2013, that just hasn't worked out.