Why the 2013 Trade Deadline Was Such a Dud

Considering why this year's trade deadline proved so boring and whether or not this will continue in the future.

Share All sharing options for: Why the 2013 Trade Deadline Was Such a Dud

Ever since Major League Baseball announced that two more wild card teams would qualify for the playoffs in the 2012 offseason, many observers have argued that baseball’s trade deadline should be moved back from July 31st. As Dave Cameron noted on FanGraphs recently, the current date was first installed back in 1986, when only four teams qualified for the postseason. Now, of course, 10 teams make the playoffs come season’s end, meaning a far larger group of teams around the league remain in contention throughout the summer.

When this year’s trade deadline passed with a noticeable lack of activity and farewell hugs in major league dugouts, the argument that July 31st is no longer a practical date only gained credibility. After all, as many as six American League teams were within five games of the second wild card spot on July 30th, while three National League squads sat five games back or less. The fact, moreover, that the best player (Ian Kennedy) dealt on deadline day was traded to a non-contender in the San Diego Padres only magnified how lifeless the 2013 trading season truly was.

But despite the addition of two more playoff teams, this year’s deadline proved boring due to a number of other factors, some of which are unlikely to persist beyond 2013.

MLB Trade Deadline: Breaking it all down 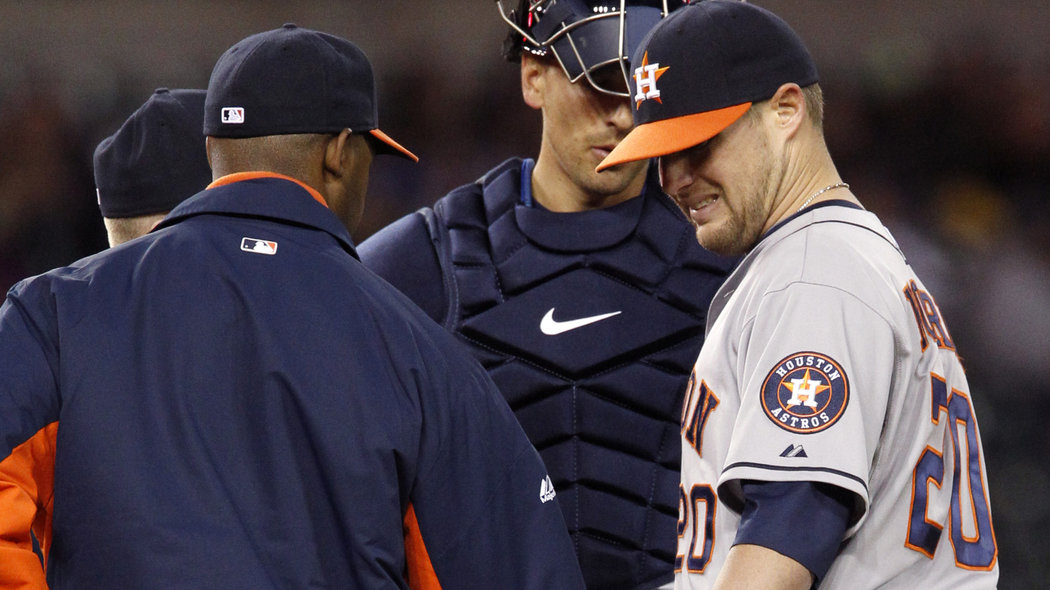 Ken breaks down all the moves made before the deadline.

First, numerous teams that sit outside or just on the fringes of contention have aspirations to contend in 2014, which made them hesitant to move any major pieces this season. The Angels, Blue Jays, and Nationals all maintain genuine playoff hopes for next year, and none were motivated to make a deal that wouldn’t improve their big league roster in the short term. Los Angeles did dangle Howie Kendrick in trade talks, but the Angels wanted a viable starter in return (such as Kennedy), which is something most contenders looking to improve were loath to part with.

To a lesser extent, teams like Philadelphia, San Francisco, and Kansas City still view themselves as legitimate challengers for a postseason run this year or next, meaning these teams held onto the likes of Cliff Lee, Hunter Pence, and even Michael Young rather than dealing them away.

In addition, the greater amount of money afforded to MLB teams in TV revenue has not only affected free agency, but the trade market as well. Many players, who in the past would be entering the final years of their contracts, are now agreeing to long-term deals to stay with their original clubs. This has led to far fewer impact players being made available for trade.

Heading into this offseason, Robinson Cano represents the best player who is eligible for free agency, but as Andrew Shen wrote last week, the Yankees aren’t the type of team who would shop Cano and rebuild for the future.

Such a reality made this season’s trade deadline a seller’s market, as teams, unmotivated to move any of their available talent, held out for ludicrous prices. That’s how we got sellers seeking trades like this for nothing more than bullpen arms:

#mets seek a top prospect (a "wheeler type") for bobby parnell. will not be unhappy to hold onto him.

In the end, the deadline turned into a standoff, and very few GMs blinked. With the high value organizations now place on prospects and developing cheap, young talent in-house, the days of Bartolo Colon being traded for Brandon Phillips, Grady Sizemore, and Cliff Lee are over, and likely never coming back. Nevertheless, many non-contenders, such as the Brewers, Marlins, or Twins, had viable relief pieces that could have at least netted something in return.

Of course, the August 31st waiver deadline beckons, and like last year, more players will probably be moved before the end of August than we’ve grown accustomed to. Perhaps this does mean pushing the trade deadline back a few weeks will impel teams to make more trades.

Yet pointing to the second wild card spot as the sole reason to move the deadline date back partially ignores a unique set of factors that made this year’s trade deadline such a dud.