It's time to take a PITCHf/x look at Jhoulys Chacin, Colorado's breakout pitcher for the year.

If you would have told me that in 2013, Jhoulys Chacin was going to have just as good of a season as Justin Verlander, I would have thought you were crazy. Well, it's August and the nearly impossible has happened. Chacin is performing similarly to Verlander. But just how is Chacin doing this?

Before we look at Chacin in 2013, I wanted to take a quick look at his previous results. Last season, Chacin only made 14 starts, missing the majority of the season due to a pectoral muscle injury. Two seasons before that, though, he was showing the signs of a solid middle of the rotation starter. During that time period, Chacin posted an above average strikeout rate, while struggling with walks and home runs. Even so, that still resulted in a 3.94 FIP. At the time he was only 23-24, and the future appeared bright. 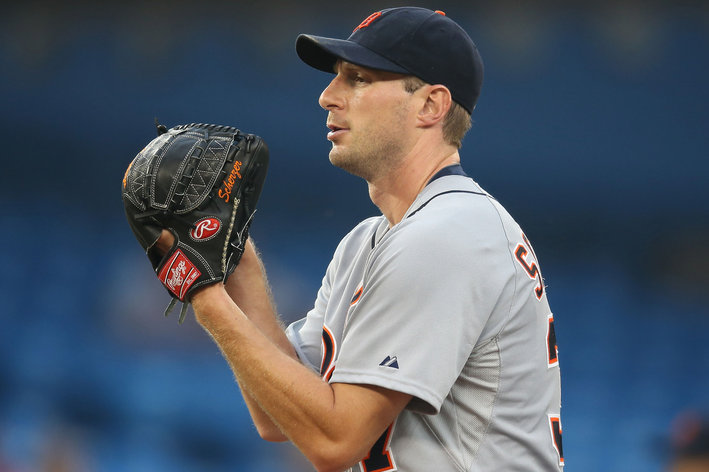 Like I said, last season was somewhat of a lost season and now that he's finally healthy he's only improved. The biggest area of improvement has easily been the decrease in home runs. His home run per flyball rate had never been below 8%, and being a pitcher in Colorado that isn't very surprising. In 2013 it's been a whole different story. His HR/FB% is down all the way to 3%, and while it's unlikely to stay that low it's still extremely impressive.

The strikeouts aren't coming as often as they used to, but the walks have also seen an impressive decline. While it would be nice to see the strikeouts, in this instance you can't be upset.

Let's look at how he has actually used his pitches the past few seasons, as well as the results that came with them.

Chacin's slider generates the highest whiff per swings percentage; currently it's getting whiffs 36% of the time. Interestingly, his curveball has seen a fairly large spike in whiffs per swing, seeing a decline of roughly 17%. Even though the whiffs aren't there, Chacin has gotten a lot more depth on his curveball and as a result has seen an increase in the amount of ground balls per balls in play. It's currently around 33%, but last season it was even lower, around 20%. Even so, it still isn't as high as it was during 2011-2012 when it was between 40-52%.

What we're currently seeing is a 25-year-old starting pitcher that is just beginning to enter his prime. While it's unlikely that he maintains his 3.06 FIP, Chacin should be a mainstay in the Rockies rotation for years to come.